For L.A. agents, marketing an estate with a notorious history presents challenges: “It really gets everybody’s imagination going,” but in some cases (i.e., a murder), it’s best to focus on the architecture.

On Aug. 14, 1951, William Randolph Hearst, 88, lay dying in a gilded Mediterranean Revival mansion in Beverly Hills. Five years earlier — in declining health and with his reputation wounded by Citizen Kane — he agreed to move from his beloved Hearst Castle in San Simeon to Los Angeles to be closer to doctors.

Hearst’s longtime mistress, movie star Marion Davies, lost in a fog of alcoholism and sedatives, awoke that day to find that his deceased body had been removed without her knowledge. “Do you realize what they did?” she asked later. “They stole a possession of mine. He belonged to me.”

Today, Beverly Hills’ 1927 Hearst Estate (a location for The Godfather) is on the market for $89.75 million, listed with Hilton & Hyland’s Gary Gold, Amalfi Estates’ Anthony Marguleas and Rodeo Realty’s Zizi Pak. It is one of several noir-tinged Hollywood homes currently on the market. These include the legendary 1923 Paramour Estate in Silver Lake, being sold by restaurateur Dana Hollister for $39.9 million. The Mediterranean Revival mansion was designed in 1923 by Robert D. Farquhar for oil heiress Daisy Canfield.

Canfield’s mother, Chloe, a renowned beauty and philanthropist, was sensationally murdered by a deranged employee in 1906, and Canfield herself would tragically die in 1933 in a car crash on Mulholland Drive after a night of partying. She lived at Paramour in the 1920s with her husband, movie star Antonio Moreno. “Everybody loves the history; it really gets their imagination going,” says real estate agent Sally Forster Jones of Compass.

Notes Gold — who sold the Playboy Mansion in 2020 for $100 million — a past resident’s infamy or a fascinating history can get a property great press, but when dealing with blue-chip legacy estates, it isn’t enough. “I will not rely on that to sell a home because, at the end of the day, it does bring up some interest, but there’s a very specific group of people that are buyers for such an animal,” he says. 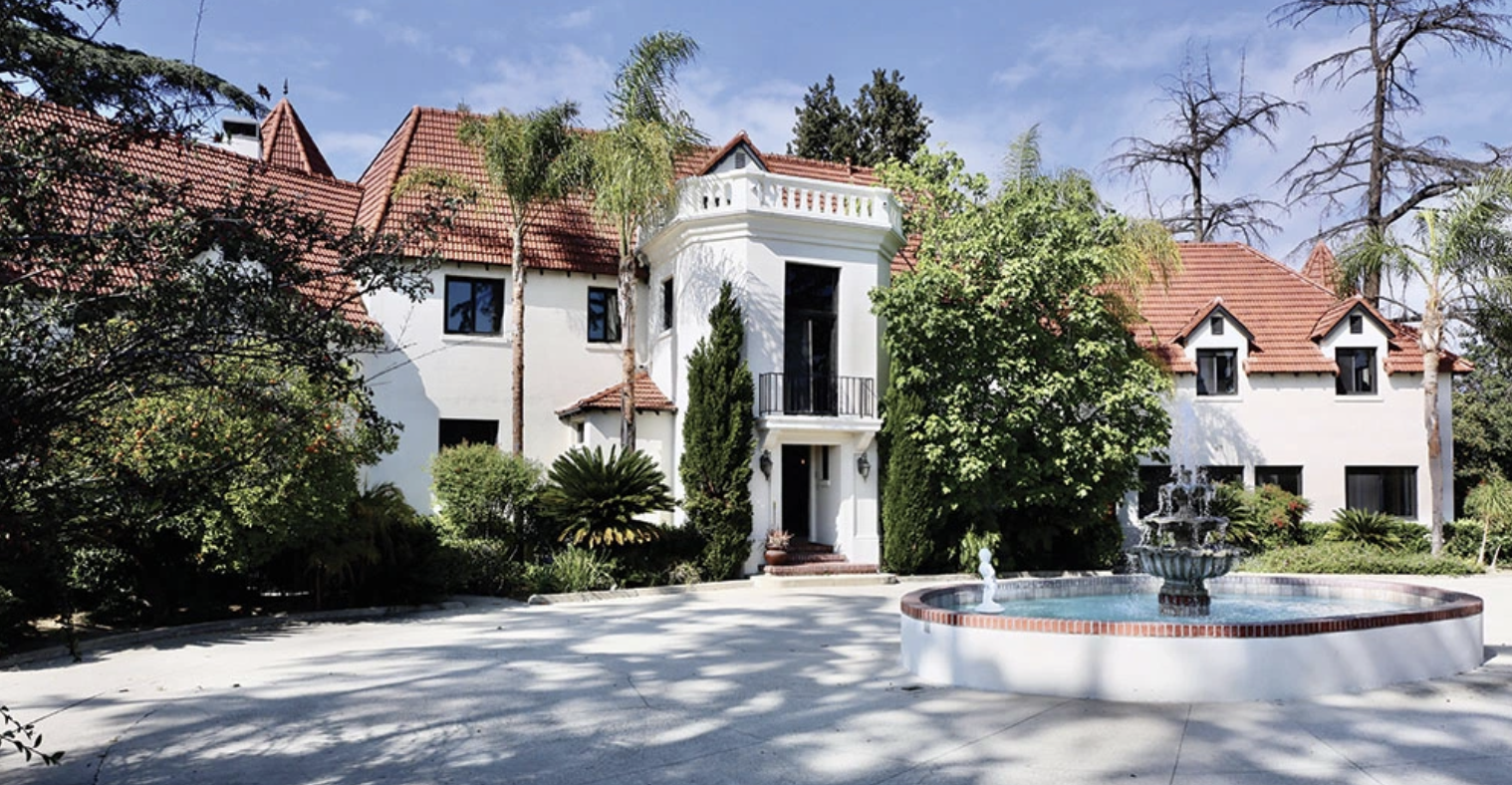 Simply put: Looky-loos aren’t welcome. “I’m not a tour guide, right?” says Gold of selling the Playboy Mansion. “I’m sure there were people that would want to see it, but we showed it to people who were prequalified.”

While subtle notoriety and scandal can be enticing, say agents, some estates’ pasts are best left unexploited. In 2019, Phil Spector’s ex-wife Rachelle listed the Pyrenees Castle in Alhambra, where Spector murdered Lana Clarkson in 2003, for $5.5 million, before taking it off the market. The property was finally sold for $3.3 million in May by Tim Durkovic of Douglas Elliman, who focused on the property’s amazing amenities, unique architecture and secluded landscape.

Currently on the market are two more homes of notoriety. For horror movie enthusiasts, there is the 1926 Villa Sophia in Los Feliz, listed for $5.77 million, that is the former home of tortured Frankenstein director James Whale (portrayed by Ian McKellen in Gods and Monsters). Then there is the $13 million Myron Hunt-designed Pasadena estate of Real Housewives of Beverly Hills star Erika Jayne and her lawyer husband, Tom Girardi (whose case was an inspiration for Erin Brockovichand who more recently has been charged with defrauding clients of millions of dollars).

It’s not just sprawling estates that can have a scandalous past. Three years ago, documentarian Adam Irving found himself attempting to sell a Spanish Revival bungalow in the Hancock Park area. While the home was unoccupied, an unhoused woman broke in and died in the guest house. Her body was discovered two weeks later when agents arrived for an open house.

Responsible for cleaning up a horrific mess after the body was removed, Irving was forced to lower the home’s price, since death must be disclosed to potential buyers within two years of the incident. Not only did he lose thousands of dollars when the property sold, he was left with emotional trauma. “I actually did have to go to therapy. I saw things that I can’t forget,” he says. “I kept being triggered every time I’d see a real estate sign.”

As long as human nature continues as it is, real estate agents will have histories — some dark, some scandalous — to exploit or ignore. “What the history gives me is an ability to market in a way that’s invaluable,” Gold says. “The notoriety brings people in … but the house has to deliver.” 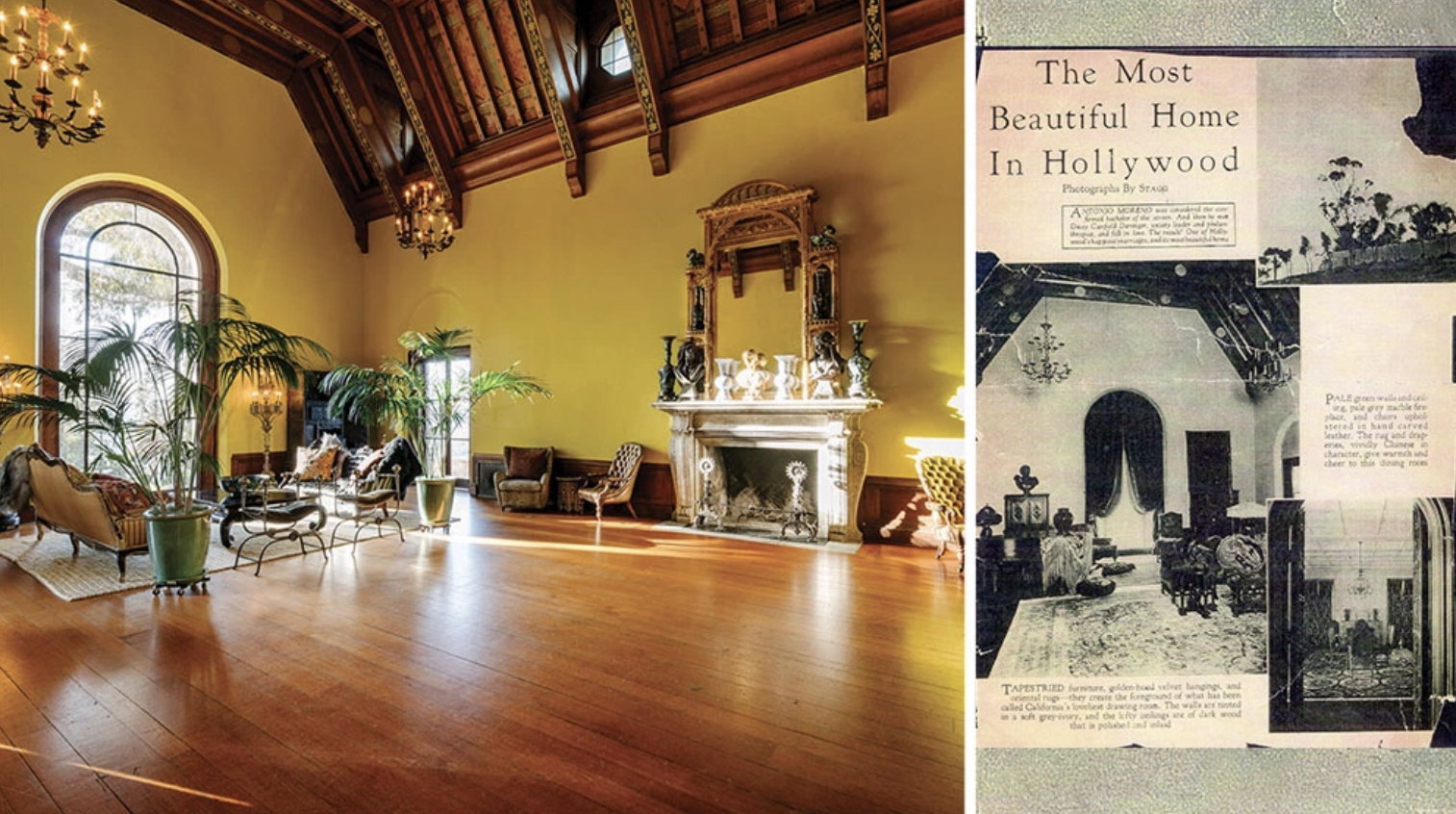