Adele Gets a “Steal” on Sylvester Stallone’s Beverly Park Mansion

While the deal has not yet closed, the singer made a $58 million offer for the 30,000-square-foot property, which originally hit the market for $110 million.

She’s rolling in the deep dough! Over the weekend, TMZ broke the news that Adele has made a lowball offer to buy Sylvester Stallone’s extravagant 90210 estate. While the deal has not yet closed — Adele is reportedly still mired in the all-important inspections phase of escrow — the star has agreed to pay somewhere in the neighborhood of $58 million for the house. Once she signs off on the inspection reports and removes any other contingencies, the internationally mega-famous songstress should be able to close on her new home.

Real estate sources have publicly characterized the $58 million purchase price as a “steal,” which seems a little wild on the surface but does make some sense when you consider the property was last offered at $80 million, and Stallone originally wanted a brain-shredding $110 million for the place.

But does that price really represent a steal? We aren’t so sure. Should the house close for anywhere near the reported $58 million, it will easily rank as the most expensive Beverly Park estate ever sold. (Beverly Park, for anyone unfamiliar, is an ultra-exclusive gated community in the mountains above Beverly Hills. The enclave is particularly known for its many huge mansions — a few of which span more than 30,000 square feet of living space. Current residents include Denzel Washington, Dwayne Johnson, Justin Bieber, Magic Johnson, Mark Wahlberg and Sofia Vergara.)

Only one other Beverly Park house has ever traded for more than $40 million. Last year, a sumptuous Mediterranean-style estate sold for $51 million at auction. But it’s worth noting that the auctioned property is significantly grander than the Stallone estate, both in interior square footage and property acreage, with 28,660 square feet of living space and nearly 10 acres to Stallone’s 15,401 square feet and 3.5 acres. (The auction winner paid less than $1,800 per square foot for their prize, while Adele is shelling out a lofty sum of nearly $3,800 per square foot.)

Still, the Stallone property has some notable amenities that many other Beverly Park homes lack. It’s one of the most private properties in the community, secreted at the very end of a “hidden” cul-de-sac, and down an exceptionally long gated driveway, far from neighboring homes. It’s also one of the few local estates with an infinity pool overlooking spectacular city views, features that certainly plump up its value. And best of all, the entire place was recently given a thorough renovation overseen by Rocky himself. Can’t put a price on that — right? 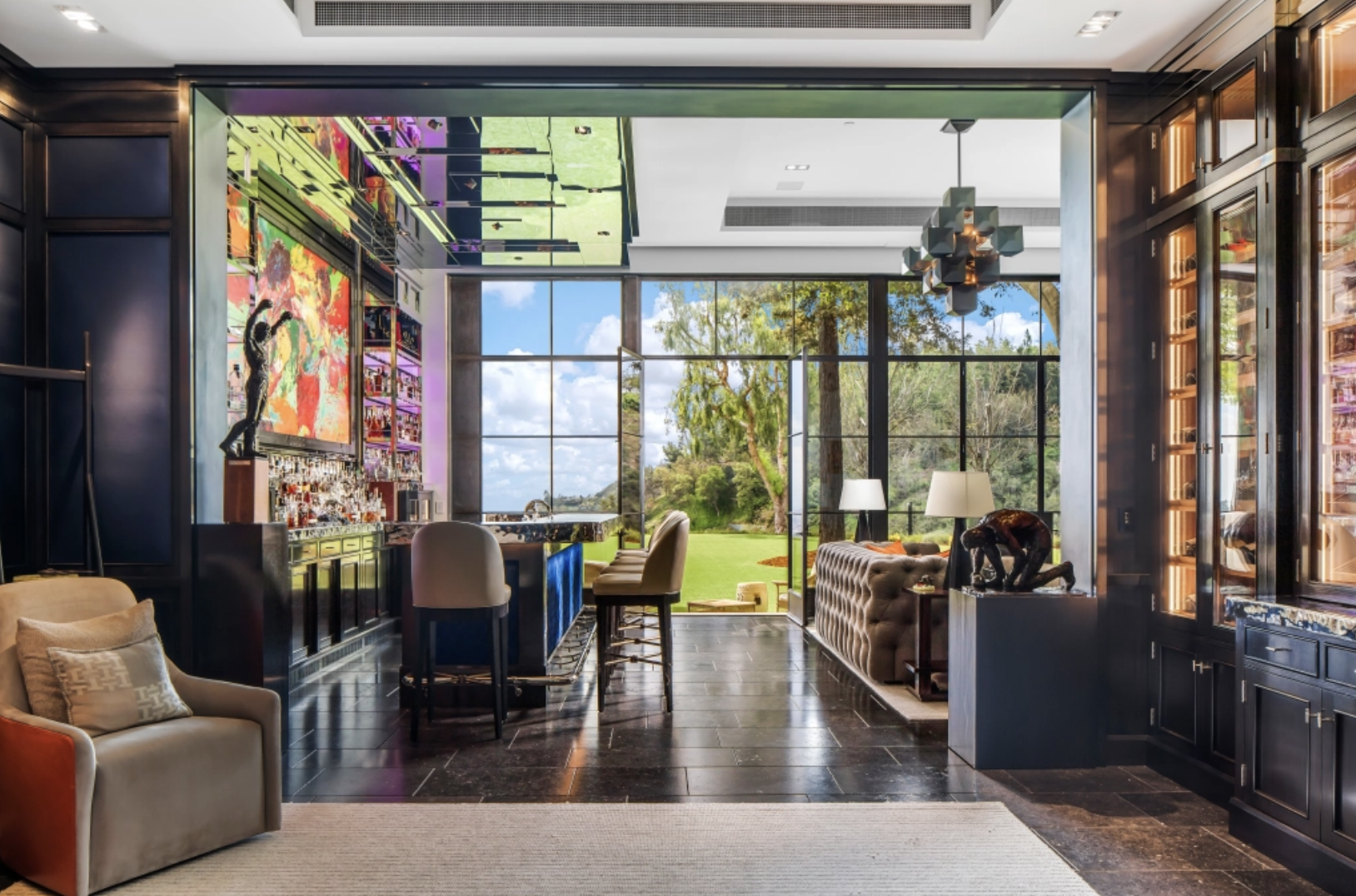 Whatever the case, Adele can afford her splurge. Over the past decade or so, the internationally famous songstress reportedly hauled in an impressive $400 million. She’s invested well in real estate, acquiring a three-house, $30 million compound elsewhere in Beverly Hills.