An airdrop is when an NFT is dropped into your wallet for free! Many projects do this to reward their early adopters and active participants.

Just to be clear, don’t confuse  an NFT airdrop with Apple’s AirDrop feature, which you can enable to share and receive pictures, documents, and other types of files with other Apple devices that are in proximity to you.

An NFT airdrop is used primarily as a marketing tool by the developers of a project, in which they drop NFTs into a list of wallet addresses to gain initial traction for their project. Airdrops were first used in the cryptocurrency world but then began to become popular with NFTs as well.

These airdrops reward initial supporters of a project, as well as active participants in the community surrounding the project. They are used to gain traction and visibility in the marketplace, as people who have received the airdrop will likely spread the word about their reward and the project on social media, garnering ever-increasing attention for the project. 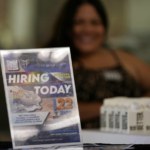