NFTs, also known as non-fungible tokens, is a term that’s been hanging by the lips of almost everyone in 2021. It has become an all-encompassing term for the emerging “digital collectible” market. As NFTs live on the blockchain and cannot be exchanged 1:1 with one another, they have altered the basis for online transactions, and the authentication and ownership of digital assets altogether. 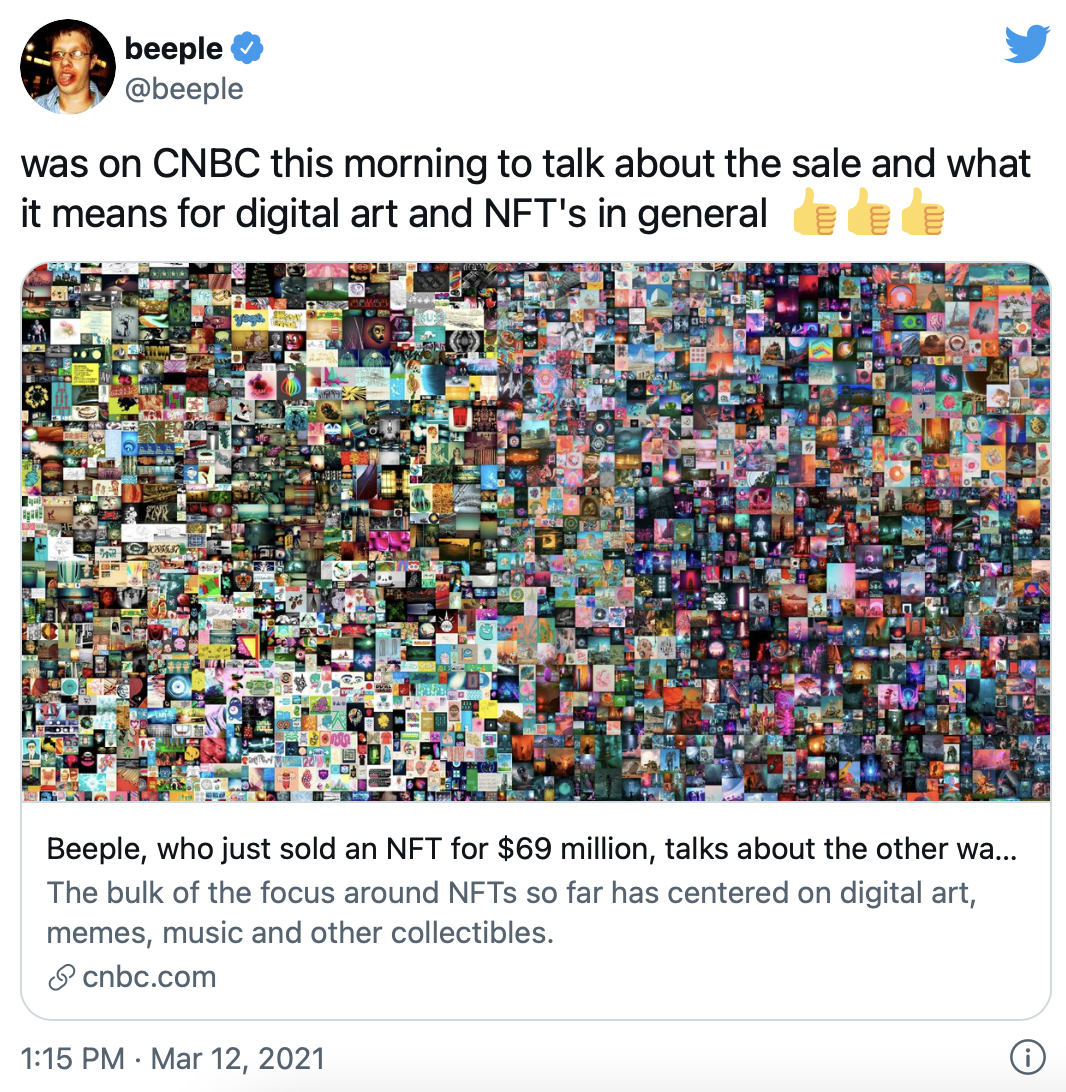 Of all that’s been circling around in the now billion-dollar industry of NFTs, the record-smashing work of Beeple, Everydays: The First 5000 Days, that sold $69 million dollars at a Christie’s auction has been the most talked about. Another shocking fact of the sale was that before October 2020, and before he became a multi-million dollar crypto artist, Beeple only ever sold his prints for $100.

Artists aren’t the only ones making money with NFTs

It might seem shocking to some, but the success of Beeple, along with many others like Grimes, NBA, Kings of Leon, inevitably alludes to the potential of NFTs in this future-facing world.

Mark Cuban, one of Mintable’s investors, made 5 NFTs for his basketball team, The Dallas Mavericks, featuring a promo video of an upcoming game. At $750 each, the NFTs sold out. Today, Mark Cuban’s Maverick NFTs are being resold and traded as collectibles on secondary markets for more than 5 times their original price. If you’ve read our royalties article, you’ll know that that means Mark Cuban gets paid a percentage of the profit that the secondary sellers are making as well – a good way for establishing passive recurring revenue if you are a creator.

How can I make money with NFTs?

Many have caught on to the ballooning value of NFTs. It’s given not only artists the opportunity to turn their hobbies into careers but has also allowed for traders, collectors, and many others alike an avenue for making money with digital items too.

There are 2 main ways you can make money from NFTs:  minting  and  trading

By minting an NFT, you’re taking a file, be it an image file of an artwork, video, gif, or otherwise, and turning it into an item you can then sell on the blockchain. Minting is something fairly simple and low-cost that you can start with if you’re looking to make some money from NFTs.

Trading has become a way for many users to make money very quickly. Buying an NFT and re-selling it for a higher price can be profitable, but risky. If you’re not knowledgeable about the digital collectible market, an investment can quickly turn into a loss.

There is no one or right way of making money from NFTs,  whether you’re looking to be a creator who mints and sells their art on a marketplace, or a trader who is looking to invest to reap profits from resales later. As with any new avenue for profit, there are still many other contingent elements to making a sale, and what works for someone else might not work for you. But knowing where you’d like to start out from is a good base for entering the market, everything after that is how you choose to strategize your sale.