The NFT packs begin at $4.99 and can be purchased on a new app that combines an NFT marketplace with group chats for Seuss fans.

Dr. Seuss is diving into the  NFT world with the launch of a new mobile app that allows fans to purchase digital collectibles of iconic characters like the Cat in the Hat, the Grinch and the Lorax.

Through a partnership with Dapper Labs — the company behind CryptoKitties and NBA Top Shot — and the NFT startup Tibles, Dr. Seuss Enterprises is releasing its NFT offerings through a mobile and web app called Seussibles. Users 18 and over can sign up for an account and purchase packets of Seuss collectibles with their credit cards, with “blind” five-packs — where the buyer doesn’t know what five NFTs they’re receiving — starting at $4.99. Prices will increase for the collectibles as they increase in rarity, and users can use the Seussibles app to chat with other fans and trade their collectibles.

In addition to the aforementioned characters, there will be more than 600 collectibles based on titles like Green Eggs and Ham; Fox in Socks; One Fish, Two Fish, Red Fish, Blue Fish; Horton Hears a Who!; Hop on Pop and Mr. Brown Can Moo! Can You?. 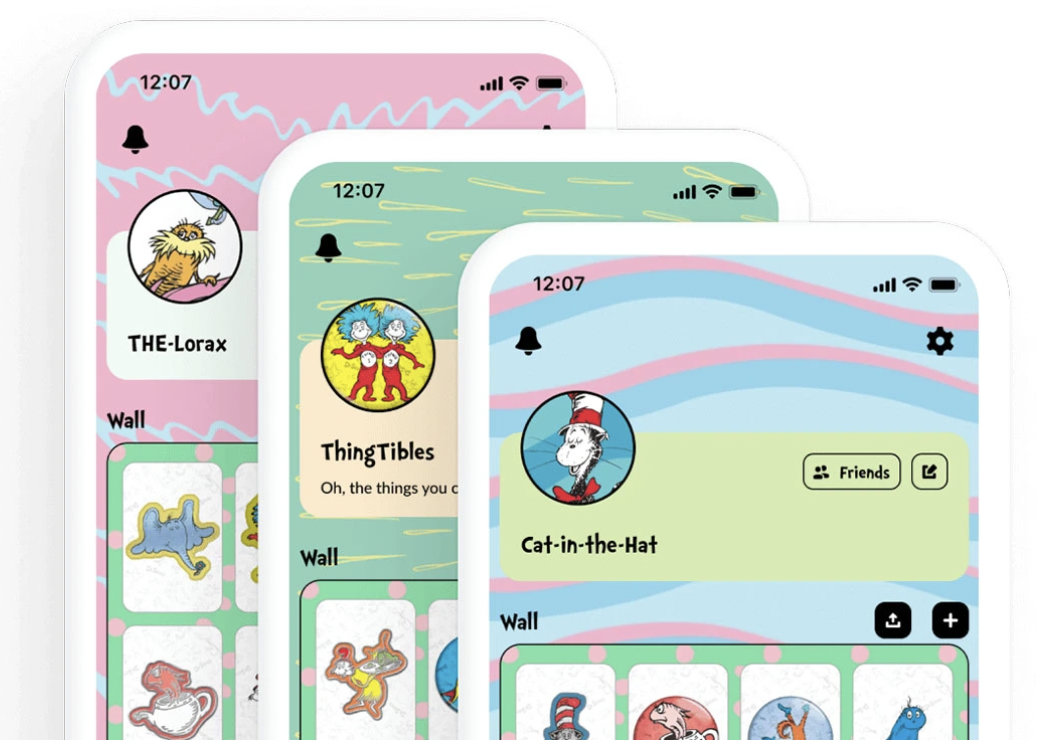 Susan Brandt, the president of Dr. Seuss Enterprises, told The Hollywood Reporter that she was first intrigued by the idea of bringing the Seuss universe into the digital collectible world after learning about CryptoKitties, a game developed by Dapper Labs where users can collect, “breed” and sell digital cats on the Ethereum blockchain. (As of publication, the most expensive CryptoKitty sold for 600 ETH, or about $2.3 million, in 2018.)

For Brandt, who notes that Seuss fans already treat Seuss products and books like collectibles, moving into the NFT world felt like the natural next step toward the vision outlined by Ted Geisel, or Dr. Seuss, himself.

“He told us to take his characters and expand them in any and all mediums throughout the world to reach all these new audiences with new product offering, so NFTs really just seemed like that next horizon,” Brandt said. “We are just supplying a new way to build community and to collect Seuss and to have that dialogue that our fans are already having with our property.” 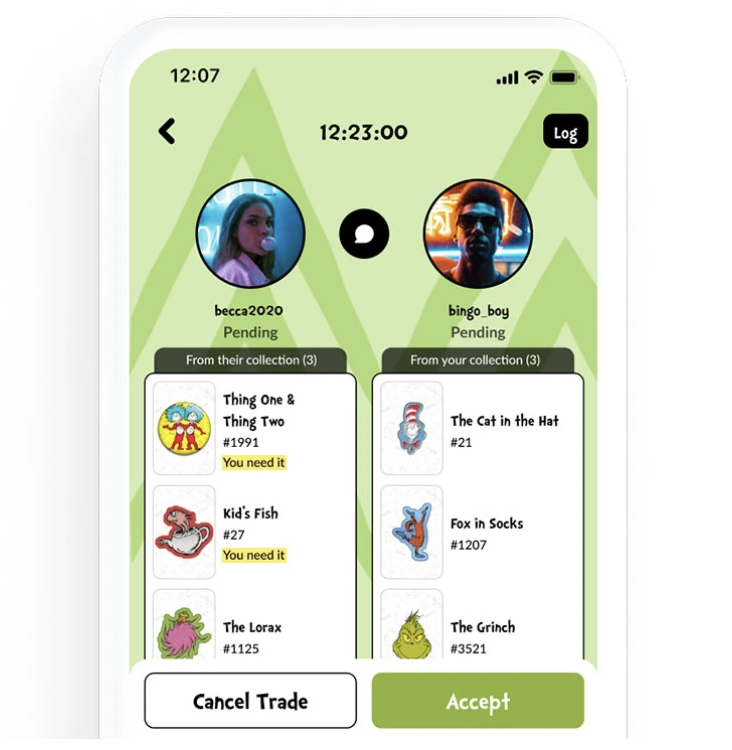 Caty Tedman, the head of partnerships at Dapper Labs, also sees Seussibles as a way to introduce the digital collectible world to new audiences.

“We’re talking about more of a cultural movement, where there are things that people of diverse interests can participate in,” Tedman said. “Seussibles is really a shining example of how beloved property can come to life using this technology.”

As for other possible digital offerings for the Seuss universe, Brandt hasn’t ruled out AR, VR and the metaverse, either.

“We’re not done,” Brandt said. “This is one step into that arena.”