In The News, Lifestyle, Travel

WASHINGTON — Southwest Airlines said it is conducting an internal investigation after one of its pilots used a phrase that’s become a stand-in for insulting President Joe Biden during the pilot’s greeting to passengers over the plane’s public address system last week.

The airline announced its investigation after The Associated Press reported the incident in a story about the growing use of the phrase “Let’s go, Brandon,” an aphorism in conservative circles for a vulgarity targeting Biden.

The pilot’s use of the phrase drew audible gasps from some passengers on the flight from Houston to Albuquerque, New Mexico, on Friday. An AP reporter was on the flight.

The airline said in a statement it would “address the situation directly with any Employee involved while continuing to remind all Employees that public expression of personal opinions while on duty is unacceptable.” 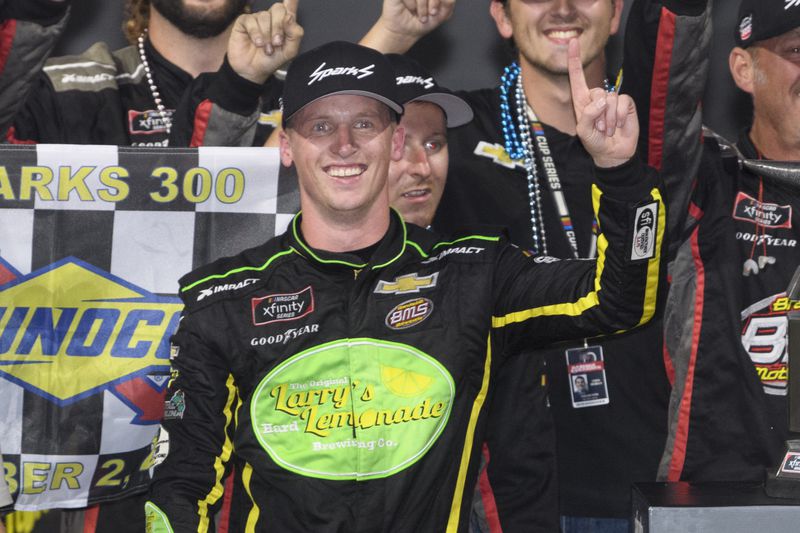 “Southwest does not condone Employees sharing their personal political opinions while on the job serving our Customers, and one Employee’s individual perspective should not be interpreted as the viewpoint of Southwest and its collective 54,000 Employees,” according to the statement. 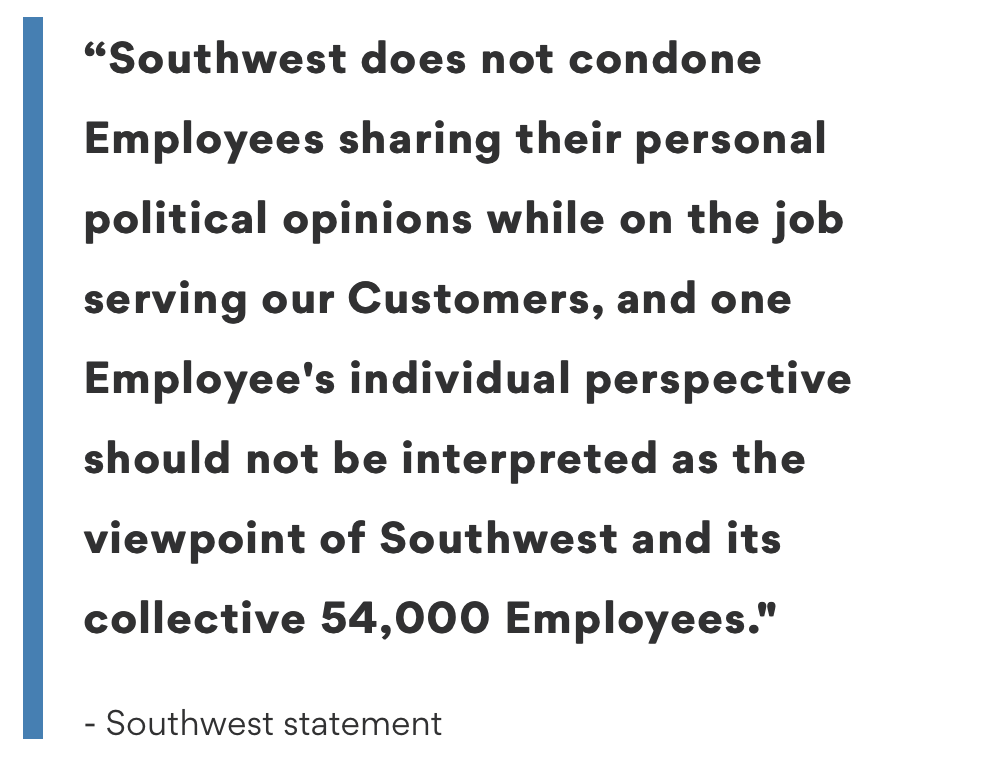 The phrase took off after an Oct. 2 incident at a NASCAR race in Alabama won by Brandon Brown, a 28-year-old driver who was being interviewed by an NBC Sports reporter.

The crowd behind Brown was chanting something, and the reporter suggested they were saying “Let’s go, Brandon” to cheer the driver.

Some conservatives have pointed to the episode as an example of U.S. media covering for Biden. Since then, the phrase has been uttered on the House floor by a Republican lawmaker and used frequently by Biden critics on social media and at protests to slam the Democratic president.