How to Prevent Birds from Flying into Your Windows

Keep your feathered friends safe with a few simple adjustments.

The thump of a bird hitting your window is an awful sound. And unfortunately, window strikes are quite common for wild birds, especially during their mating and migrating seasons in spring and fall. These collisions often end up injuring and killing our feathered visitors. This problem has significantly contributed to the loss of nearly 30% of the North American bird population since 1970. The good news is that there are several simple things you can do to stop birds from flying into your windows. Understanding why it happens will help you find the best solutions for your home.

Why Birds Fly into Windows

“Research estimates that 365 million to one billion birds collide with buildings every year in the U.S. alone,” says Alison Holloran, Executive Director of Audubon Rockies and Vice President of the National Audubon Society.  So, why do birds fly into windows so much? The quick answer is that birds don’t see the glass as a barrier. When habitat and sky are visible through clear glass (as in the case of a greenhouse, atrium, sunroom, or glass deck panels), birds often attempt to fly through what they perceive as an unbroken continuation of outdoor space.

But a more common cause of bird strikes is the reflection of the landscapeand sky in a window. “When we see reflections of trees or gardens on a building, we humans recognize that’s because of windows. That’s not true for birds. They’ll fly straight into the glass, thinking it’s a landscape,” explains Miyoko Chu, Director of Communications at the Cornell Lab of Ornithology. Occasionally, a bird will attack a window when it sees its own reflection. This most often occurs during mating season when the bird may believe its territory is threatened. 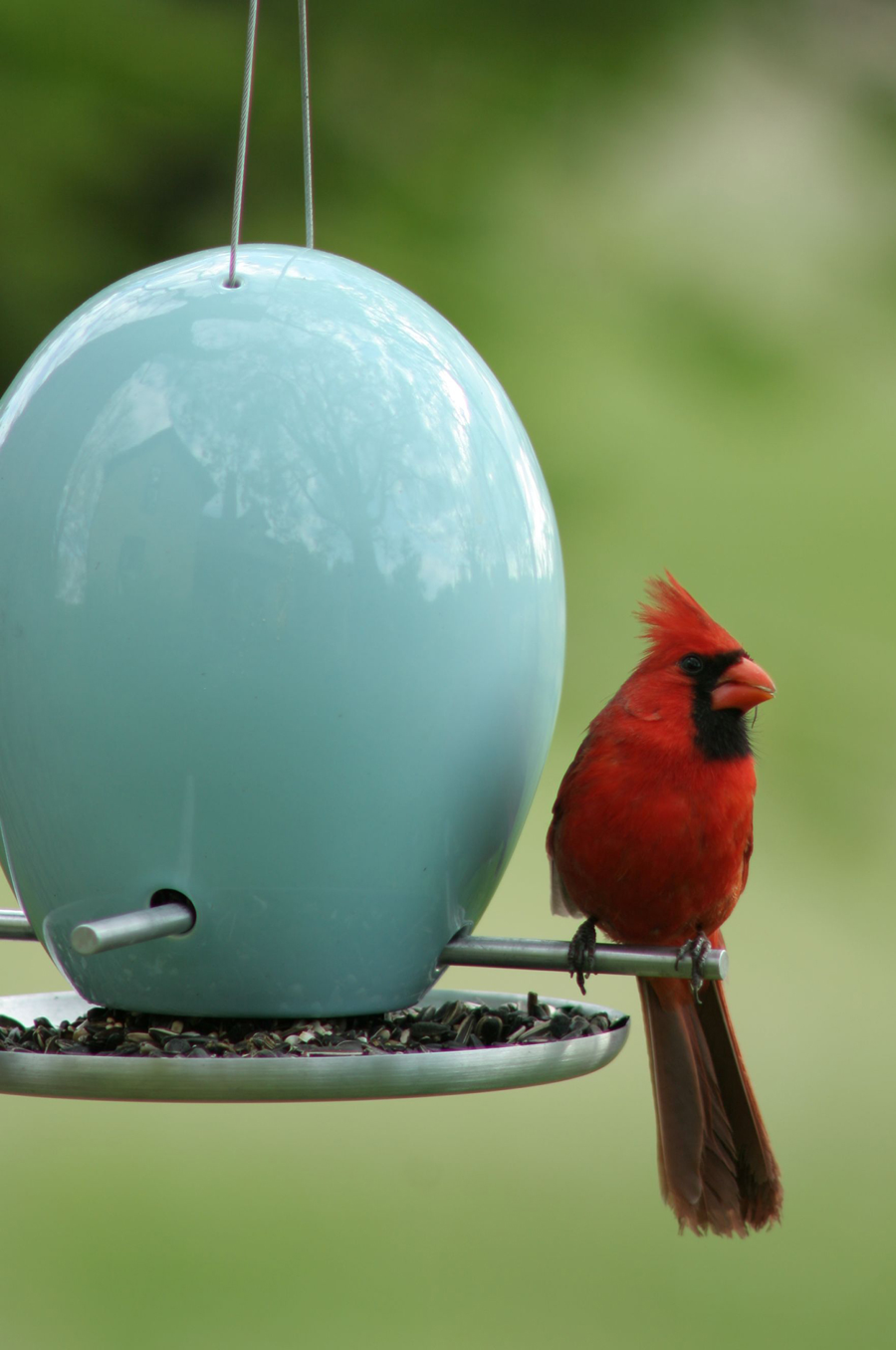 How to Stop Birds from Hitting Windows

There are several good strategies for preventing birds from colliding with your windows. Since many windows pose little or no threat because of their size or placement, the American Bird Conservancy recommends identifying and focusing efforts on priority windows, especially those where you know bird strikes have occurred. Then, use these tips to minimize the danger.

Keep Feeders and Birdbaths Out of the Danger Zone

Many gardeners like to make their landscapes inviting to birds by including plants that provide food and shelter, setting out feeders, and adding a bird bath. But birds within 10 meters (a little more than 30 feet) of windows are those most often killed, according to Daniel Klem, Professor of Ornithology and Conservation Biology at Mulhlenber College in Pennsylvania. “Once in this danger zone, birds are deceived trying to reach habitat and sky seen behind clear panes or mirrored in reflective panes,” says Klem.

Related: Welcome Wildlife with This Bird and Butterfly Garden Plan

The Audubon Society recommends placing feeders and birdbaths either farther than 30 feet from windows or closer than 3 feet. When very close to your house, birds are unlikely to pick up enough speed to be seriously injured if they do strike a window.

“To prevent window strikes, break up the reflections on your windows,” says Chu. “They key is to make sure that you do this uniformly across the glass—a single decal won’t work because the birds will just fly around the decal.”

Use white tape at least 1/8″ wide, to create vertical or horizontal stripes on the outside of windows (if placed on the inside, they can be hidden by the reflection, and are therefore ineffective). Similarly, you can use decorative decals ($17, Etsy), tempera paint ($10, Target), or even white bar soap to create your own patterns. As long as the markings are no more than two inches apart, they will deter most birds.

Another option is to use a removable window film ($12, The Home Depot), which is easy to apply. It gives the appearance of an opaque surface from outside, but doesn’t block the view from inside. It has the added advantage that if you do want to watch birds at your feeders, you’ll be hidden from view so they won’t get spooked by your presence.

Keep Screens on Your Windows

Insect screens on the outside of windows can significantly reduce reflection and provide a bit of cushioning if a bird does fly into it. Be sure to leave the screens on year-round. External shades, solar screens, and awnings also minimize reflections.

How to Help an Injured Bird

Birds striking a window in full flight are often killed outright. Others may have internal injuries to which they succumb later, but some birds are only temporarily out of action.

“Many times when a bird hits a window, they are stunned and just need a little time to recover. Putting them in a dark, warm, quiet place lets them gather their wits about them, and then they can be released after 15 or 20 minutes,” says Holloran. Place the bird in a box with a lid, and be sure to keep cats away while you wait for it to recover.

After 20 minutes, if the bird doesn’t fly away on its own, “or if you noticed a bad injury at the outset, call a wildlife rehabilitator. They will advise and may ask you to bring the bird to them,” says Chu.

While windows bring welcome garden views and sunshine into our homes, they pose a lethal threat to wild birds. But with a few simple adjustments, you can help your winged visitors avoid that danger.