In a partnership with TerraCycle, customers can send packets off for recycling via UPS.

Back in April, Taco Bell announced they had teamed up with the outside-of-the-box recycling company TerraCycle for a program that would allow heat lovers to give a second life to some of the 8.2 billion plastic hot sauce packets the company hands out each year (other than trying to sell them for exorbitant prices on eBay). At the time, the details on how the program would work hadn’t really been hammered out, other than to imply that the nationwide program would allow people to recycle the packets from home — leaving some to wonder, Does that mean sending in our old hot sauce packets through the mail?

This week, Taco Bell has officially started the program and in doing so, gave us the answer: Yes, get ready to start hoarding hot sauce packets and shipping them off for recycling — not via the mail, but through UPS!

Specifically, Taco Bell has four steps for how to make sure your hot sauce packets don’t go to waste. First, if you don’t already have one, sign up for a TerraCycle account. Second, start saving your used packets in “a cardboard box or any other recyclable container you already have on hand.” Third, when you’re ready to fire off your full box, log into your TerraCycle account to access and print a free shipping label. Finally, have UPS haul off your trash to become TerraCylce’s treasure.

If the idea of mailing trash sounds a bit strange, TerraCycle doesn’t disagree with you — but finding unexpected ways to reuse things like coffee pods and chewing gum is simply what they do. “Since our founding, TerraCycle has made it our mission to ‘Eliminate the Idea of Waste’ and provide solutions for items that are not traditionally recyclable curbside,” founder and CEO Tom Szaky said in the announcement. “This first of its kind recycling program not only highlights the forward-thinking nature of Taco Bell, but also marks a huge step forward for the quick service industry on its journey towards more sustainable business practices.” 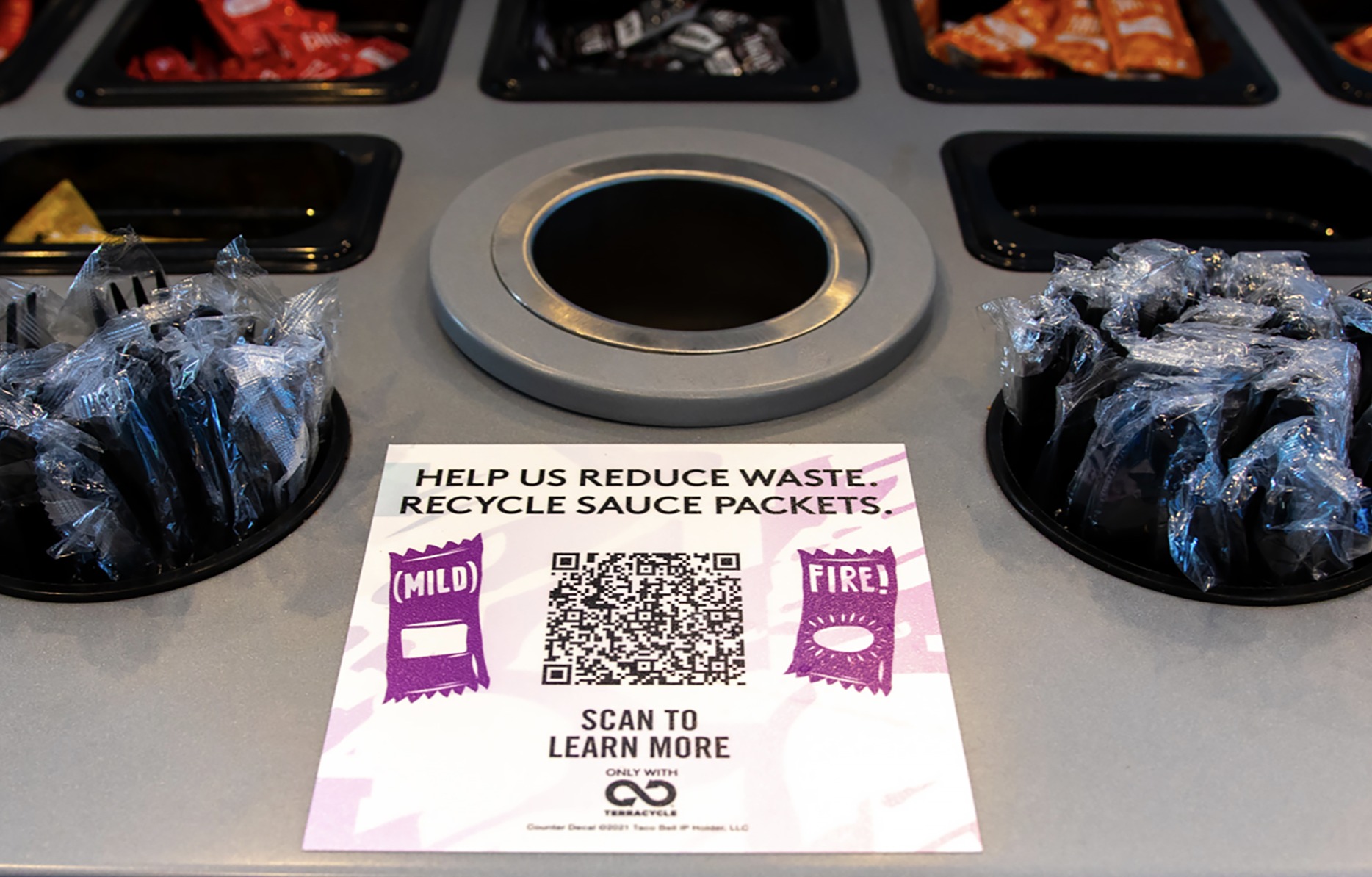 And interestingly enough, even Taco Bell and TerraCycle admit that they’ll keep an eye on this program to make sure it’s the best approach, stating that the “results of this pilot launch will determine the most viable long-term solutions for Taco Bell moving forward.” Additionally, they also mention that they are “simultaneously determining the most feasible way to collect packets in-restaurant” — because it takes a decent amount of hot sauce packets to fill even a small cardboard box. Maybe even consider teaming up with some friends to collect sauce packets so none of you have to over-sauce your Crunchwrap in the name of recycling.