MIAMI — A Chinese businesswoman who was held in immigration custody for two years after serving her eight-month prison sentence for trespassing at former President Donald Trump’s exclusive Palm Beach club, Mar-a-Lago, was deported over the weekend and arrived in China on Sunday, according to federal authorities.

Yujing Zhang, 35, had finished her sentence and was transferred to immigration custody in early December 2019, officials with Immigration and Customs Enforcement said. But she was held at the Glades County Detention Center for three times as long as her prison term mainly because of deportation delays during the COVID-19 pandemic.

Zhang grew so desperate while in immigration custody that she filed a habeas corpus petition in December 2020 to expedite her removal to her native China, to no avail, according to federal court records. Zhang wrote in English that she had been held at the Glades County Detention Center, had no money to call her family in China, and needed an attorney to gain her freedom and go home.

Zhang’s legal odyssey began at the end of March 2019, when she flew from China to Palm Beach to attend a gala benefit at Mar-a-Lago, where she was arrested in a gray evening dress on a trespassing charge. Before trial, she did not tell a magistrate judge that she had about $8,000 in U.S. and Chinese currency in her room at the Colony Hotel in Palm Beach, where she was staying while visiting the president’s private club. 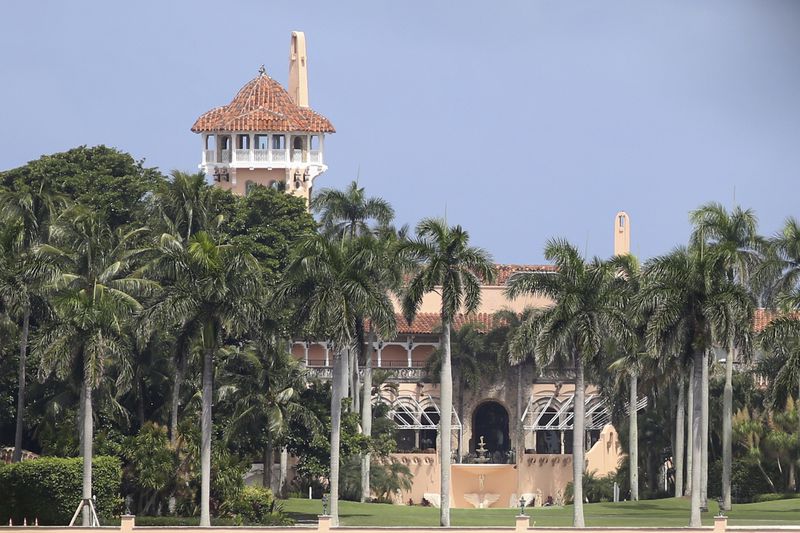 The agents searched the room and seized her money, but it’s unclear if it was returned to her. Held in custody without bail, Zhang was found guilty the following September by a Fort Lauderdale federal jury of the trespassing charge and lying to Secret Service agents about what she was doing on the president’s property.

After U.S. District Judge Roy Altman sentenced her to time served, or eight months, in late November 2019, Zhang ended up in the custody of Immigration and Customs Enforcement as a convicted foreign national awaiting deportation. That December, she tried to get bail while facing an ICE removal order. Government lawyers opposed letting her out because they considered her a flight risk; an immigration judge denied her bid for a bond.

But what kept her stuck at the Glades County immigration facility two hours northwest of Miami was the coronavirus pandemic that paralyzed movement all over the world, according to sources familiar with her situation.

Although Zhang didn’t mention the threat of the virus in her habeas petition, the pandemic shook up the nation’s prison system and immigration centers because of fears of infection.

When Zhang was first placed in immigration custody, federal authorities were still deporting Chinese nationals who were illegally in the United States in the fall of 2019 through the early part of 2020. But deportations slowed drastically after the coronavirus gripped the nation and travel bans were imposed.

Zhang’s quest to visit Mar-a-Lago — in the hope of meeting then-President Trump — took her on an unusual journey from Shanghai to Palm Beach to a federal jail to immigration detention.

According to a Miami Herald profile of Zhang before her trial in September 2019, people who knew her tended to agree that she was a stubborn striver who sought to attain a status far above her modest background. She also seemed to have fixated on Trump, who had been advertised to China’s growing business class as a plainspoken, self-made billionaire.

Thanks to Trump’s popularity in China, inventive entrepreneurs there and in the United States pioneered a little-known online industry selling Chinese and Chinese-American businesspeople tickets to events at the president’s properties, including Mar-a-Lago. In China, a photo with the right person — generally used to claim a personal relationship — can make or break a career.

Zhang, who grew up in a modest home in Shanghai and obtained a college degree in business, seemed to have so bought into China’s Trump mythology that she spent tens of thousands on travel packages to Trump-branded businesses. During her visit to Mar-a-Lago on March 30, 2019, Zhang managed to get by two Secret Service checkpoints in the middle of the day before she was stopped by a club receptionist who suspected she didn’t belong on the restricted property.

At her trial the following September, Zhang was accused of bluffing her way into Trump’s private club by saying she was going to the pool and then insisting that she was visiting to attend a gala event at Mar-a-Lago — even though her text messages would reveal that she knew the benefit had been canceled before she left China days earlier.

At her sentencing, Zhang said federal prosecutors misrepresented why she was visiting Mar-a-Lago, claiming her only purpose was to meet the president and his family.

Zhang chuckled, saying yes. But she then suggested that Trump said after she was arrested that she had received an invitation to his private club. Altman then asked Zhang about all of the electronic devices, from laptops to cellphones to a signal detector — used to detect hidden cameras and microphones — that were found on her or in her Palm Beach hotel room after her arrest.

“Why did you have the signal detection device?” he asked. “I’m just cautious … because I’m a female … for my security,” Zhang told the judge.

Her sentence ended a bizarre court case in which the defendant, a woman with limited English skills and no legal training, represented herself — clumsily and ineffectively, for the most part. She had fired the public defender’s office, though she was still receiving advice on the side at the sentencing hearing from Assistant Federal Public Defender Kristy Militello.

At the time, Militello said there was “nothing nefarious” about Zhang’s visit to Mar-a-Lago — and that she had a “fantastical idea” about proposing a business partnership with Trump and his family.