The ‘Top Gun’ star’s children supported their famous father at the DGA-hosted premiere where they opened up on his health and how the film rewrites the media’s take on him: “He hasn’t ever been seen like this.”

The 61-year-old is the subject of Amazon’s intimate documentary Val about his life, acting career, artistic passions and the throat cancer that nearly claimed his life. Despite skipping the film’s world premiere in Cannes last month and staying home while it screened in L.A. on Tuesday, his children tell The Hollywood Reporter there’s no cause for alarm.

“He’s doing good, physically and spiritually,” reported son Jack Kilmer on the red carpet outside the Directors Guild of America. The 26-year-old narrates the film as his father who has largely lost the ability to speak due to radiation and chemotherapy. Added sister Mercedes Kilmer: “He has never really wanted to look back anyway, he’s always preferred making the work over rewatching it and he’s already seen this film so many times.”

She continued by saying that he’s had “a really tough battle” but remains a resilient fighter who, she believes, has survived this long thanks to his training as an actor.” The siblings joined filmmakers Leo Scott and Ting Poo, and producer Ali Alborzi to support the film at the festival where it screened to a lengthy standing ovation and critical praise.

“The movie is great because it’s really heartbreaking and then it just hits you with comedy and really thrilling moments,” Jack explained. “Mercedes and I were laughing one minute and crying the next. All the stuff that we went through as a family is in the movie and it’s truly a vulnerable portrait of our dad, and of us.”

For Mercedes, the film is a way for her father to reclaim parts of his life that were misinterpreted by a harsh media. “The media was rough at the time when he was really at the height of his fame,” she said, adding that the filmmakers accomplished a huge feat marrying thousands of hours of footage from various devices and platforms. “He has a huge personality and a big heart, and it’s been hidden for years. He hasn’t ever been seen like this.” 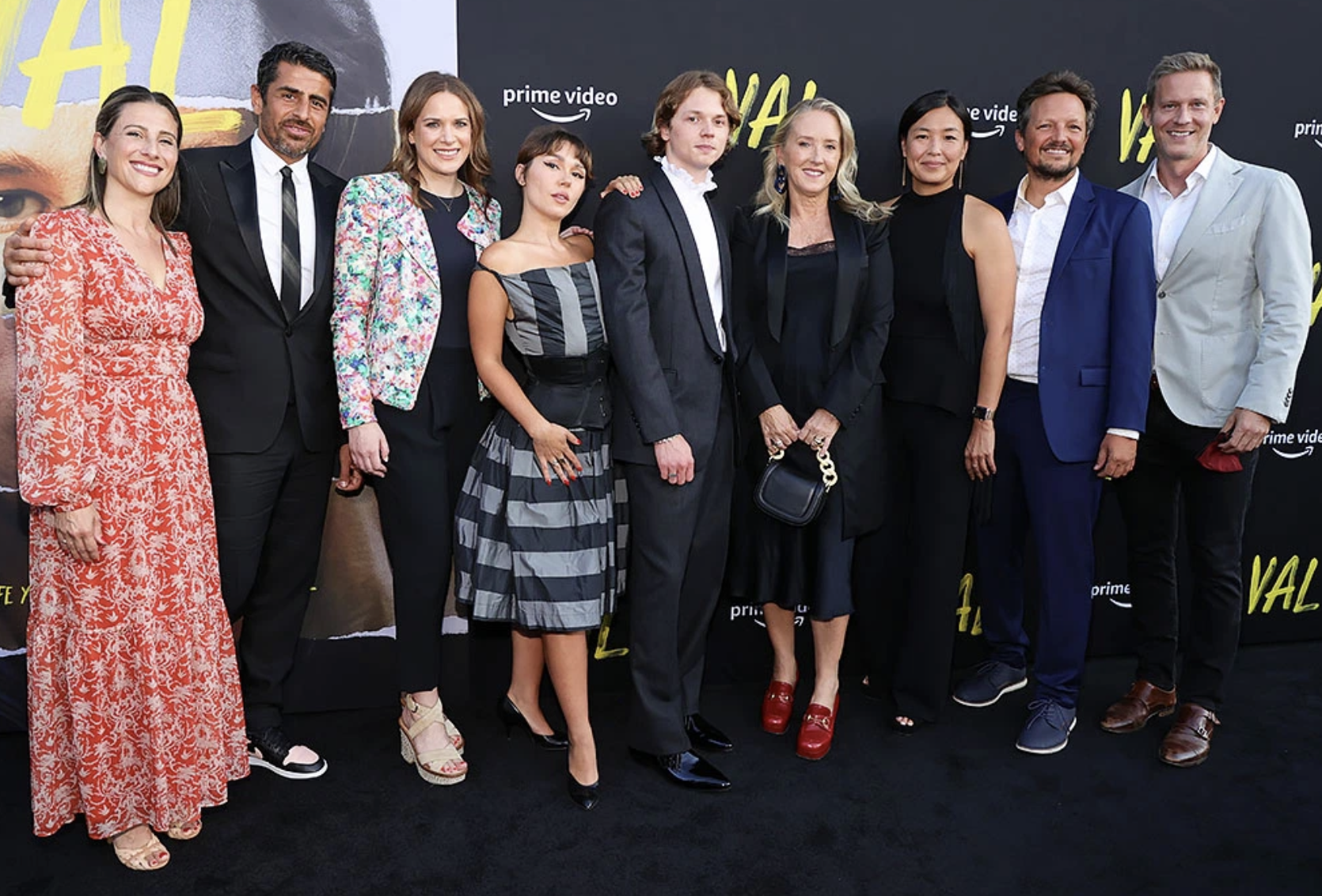 Producer Alborzi, who has been collaborating with Val on various art projects for more than 20 years, also praised his partner as a creative force who stayed home as a way to keep the attention of the film over himself. “It’s hard for him to move around and he doesn’t want [the event] to become about his health. He wants people to enjoy the film,” said the producer, who added that he would be sending him photos all night from the premiere and Sunset Tower-hosted afterparty.

With rising concerns of the delta variant and revived mask mandate, Amazon had strict COVID-19 protocols in place at the event. Members of the press that participated in the red carpet were tested prior to taking position and guests inside the theater were instructed to wear masks during the screening. THR spotted two women who removed their masks as the lights went down only to be reprimanded by an eagle-eyed security guard.

Those close to Val Kilmer said that COVID-19 concerns aren’t what kept him home. Co-director Scott, another longtime collaborator, said he was with Kilmer last weekend for several hours, “hanging out in good spirits” and instead of his health, they spent most of their time discussing upcoming projects. “It’s a shame he can’t be here tonight but he’s definitely here in spirit.”