PHOENIX — Luz Portillo, the oldest daughter of Mexican immigrants, has many plans. She is studying to be a skin care expert. She has also applied to nursing school. She works full time, too — as a nurse’s aide and doing eyelash extensions, a business she would like to grow.

But one thing she has no plans for anytime soon is a baby.

Portillo’s mother had her when she was 16. Her father has worked as a landscaper for as long as she can remember. She wants a career and more control over her life.

For decades, delaying parenthood was the domain of upper-middle-class Americans, especially in big, coastal cities. Highly educated women put off having a baby until their careers were on track, often until their early 30s. But over the past decade, as more women of all social classes have prioritized education and career, delaying childbearing has become a broad pattern among American women almost everywhere. 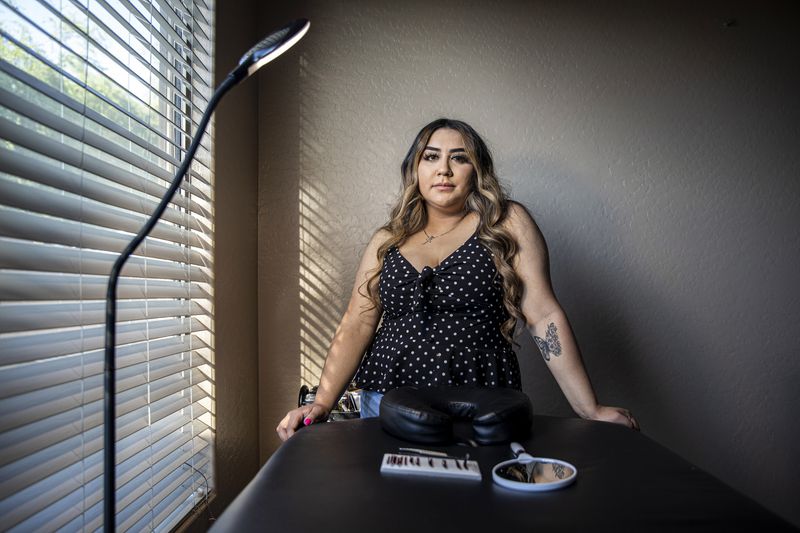 The result has been the slowest growth of the American population since the 1930s, and a profound change in American motherhood. Women under 30 have become much less likely to have children. Since 2007, the birthrate for women in their 20s has fallen by 28%, and the biggest recent declines have been among unmarried women. The only age groups in which birthrates rose over that period were women in their 30s and 40s — but even those began to decline over the past three years.

“The story here is about young women, whose births are plummeting,” said Caitlin Myers, an economist at Middlebury College who analyzed county-level birth records for The New York Times. “All of a sudden, in the last 10 years, there’s this tremendous transformation.”

A geographic analysis of Myers’ data offers a clue: The birthrate is falling fastest in places with the greatest job growth — where women have more incentive to wait.

In more than two dozen interviews with young women in Phoenix and Denver, some said they felt they could not afford a baby. They cited the costs of child care and housing, and sometimes student debt. Many also said they wanted to get their careers set first and expressed satisfaction that they were exerting control over their fertility — and their lives — in a way their mothers had not.

“I can not have a kid and not have to feel bad about it,” said Eboni McFadden, 28, who grew up in rural Missouri and is now two weeks from graduating as a medical technician in Phoenix. “I feel powerful that I can make that decision with my own body. I don’t have to have a kid to be successful or to be a woman.” 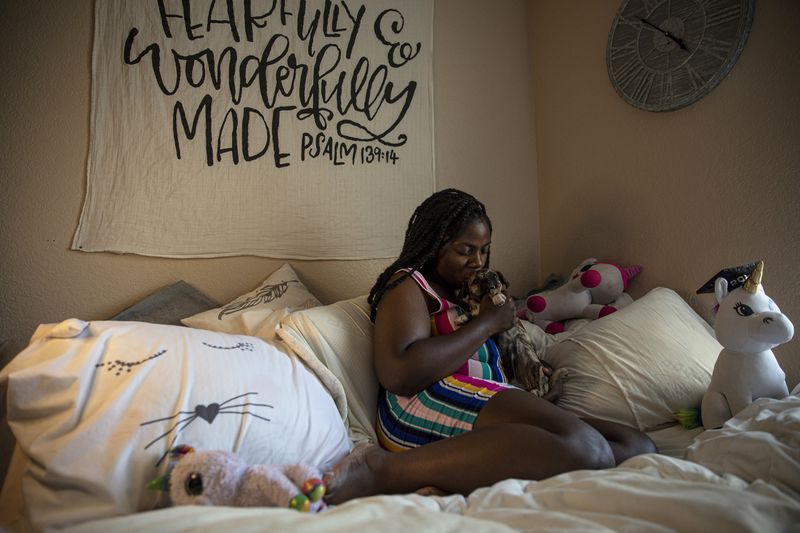 The annual fertility rate may be dropping — births have fallen for six straight years and declined precipitously during the pandemic — but the share of women who have children by the end of their reproductive years has been climbing. Still, in the past decade, births to women over 30 have not offset the decline for women in their 20s, driving down overall births and leaving an open question: Are young women delaying childbirth or forgoing it altogether?

The declines in childbearing over the past decade have varied by region, according to the data from the Centers for Disease Control and Prevention and the Census Bureau. They were greater on the West Coast and in the Mountain West than in the South or Northeast. The large urban counties that have gained the most jobs and population since the recession have seen birthrates fall twice as fast as smaller, rural counties that have not recovered as strongly. The birthrate fell 38% in Denver County and 33% in Maricopa County, which includes Phoenix.

In economically stagnant places, fertility tends to be higher, and having a child is seen as a primary route to fulfillment.

Kara Schoenherr moved to Maricopa County, Arizona, from a small town south of Seattle a few years ago. She was tired of paying $1,500 a month for a house in a town with no stoplight and a drug epidemic. Her friend lived in Phoenix, and she had heard it had lots of good colleges and jobs.

She married last year, but she and her husband, a sous-chef at a casino, have been holding off on having children. She will graduate this summer as an aesthetician, doing things such as facials and waxing. But she wants to have a base of clients before having a baby.

“I still don’t think I have everything I want to set myself up for success,” said Schoenherr, 27. “I want to have a house and a career first.”

Setting their lives on track

The cost of living is adding to her hesitation. Houses in areas that she likes sell overnight with dozens of offers. Day-care rates gave her sticker shock.

In interviews with women from immigrant families, almost all of them Hispanic, the delay was less about the cost of children than about a desire to set their lives on track.

Portillo, who is 22, said her immigrant parents had raised her and her three siblings frugally and done fine.

“If they did it, I certainly should be able to,” she said.

Hispanic women, who once had by far the highest fertility of any major racial or ethnic group, have had the single largest drop in fertility of any group, more than a third since 2007. In Arizona, Hispanic women made up approximately 60% of the total decline in births in the state since 2007, according to a University of Arizona analysis.

Miguel Brusuelas, an instructor at GateWay Community College, where Portillo is a student, said that 20 years ago, most of his students in their 20s were single mothers, struggling to make ends meet. Today, far fewer have children, he said. Many have specific career goals for their education. About half of GateWay’s students are Hispanic, and nearly half are the first in their families to go to college.

“What I see now is students looking beyond, ‘OK, I have to pay this bill next week,’” Brusuelas said. “I see them looking into the future.”

The largest declines in births have been in unintended pregnancies and those to single mothers, Myers found. The birthrate for unmarried women dropped 18%, compared with 11% for married women.

A major reason women are able to be more intentional about when to have children is better access to birth control. Long-acting reversible contraception, such as arm implants and IUDs, have given women new options, and the Affordable Care Act made many of them free.