Wave of canceled flights from omicron closes out 2021

Flight cancellations surged again on the last day of 2021, with airlines blaming it on crew shortages related to the spike in COVID-19 infections

More canceled flights frustrated air travelers on the final day of 2021 and appeared all but certain to inconvenience hundreds of thousands more over the New Year’s holiday weekend.

Airlines blamed many of the cancellations on crew shortages related to the spike in COVID-19 infections, along with wintry weather in parts of the United States.

United Airlines, which suffered the most cancellations among the biggest U.S. carriers, agreed to pay pilot bonuses to fix a staffing shortage.

By early evening Friday on the East Coast, airlines had scrubbed more than 1,550 U.S. flights — about 6% of all scheduled flights — and roughly 3,500 worldwide, according to tracking service FlightAware.

That pushed the total U.S. cancellations since Christmas Eve to more than 10,000 and topped the previous single-day peak this holiday season, which was 1,520 on Dec. 26.

The disruptions come just as travel numbers climb higher going into the New Year’s holiday weekend. Since Dec. 16, more than 2 million travelers a day on average have passed through U.S. airport security checkpoints, an increase of nearly 100,000 a day since November and nearly double last December.

Led by Southwest and United, airlines have already canceled 1,500 U.S. flights on Saturday — about 700 at Chicago’s O’Hare Airport, where the forecast called for a winter storm — and 700 more on Sunday.

United decided to spend more money to fill empty cockpits. The airline reached a deal with the pilots’ union to pay 3.5 times normal wages to pilots who pick up extra trips through Monday and triple pay for flights between Tuesday and Jan. 29, according to a memo from Bryan Quigley, United’s senior vice president for flight operations.

JetBlue canceled more than 140 flights, or 14% of its schedule, and Delta grounded more than 100, or 5% of its flights by midday Friday. Allegiant, Alaska, Spirit and regional carriers SkyWest and Mesa all scrubbed at least 9% of their flights.

The virus is also hitting more federal air traffic controllers. The Federal Aviation Administration said that more of its employees have tested positive – it didn’t provide numbers Friday – which could lead controllers to reduce flight volumes and “might result in delays during busy periods.”

While leisure travel within the U.S. has returned to roughly pre-pandemic levels, international travel remains depressed, and the government is giving travelers new ore cause to reconsider trips abroad. On Thursday, the State Department warned Americans that if they test positive for coronavirus while in a foreign country it could mean a costly quarantine until they test negative.

Since March 2020, U.S. airlines have received $54 billion in federal relief to keep employees on the payroll through the pandemic. Congress barred the airlines from furloughing workers but allowed them to offer incentives to quit or take long leaves of absence – and many did. The airlines have about 9% fewer workers than they had two years ago.

Kurt Ebenhoch, a former airline spokesman and later a travel-consumer advocate, said airlines added flights aggressively, cut staff too thinly, and overestimated the number of employees who would return to work after leaves of absence. It was all done, he said, “in the pursuit of profit … and their customers paid for it, big time.”

Many airlines are now rushing to hire pilots, flight attendants and other workers. In the meantime, some are trimming schedules that they can no longer operate. Southwest did that before the holidays, JetBlue is cutting flights until mid-January, and Hong Kong’s Cathay Pacific is suspending cargo flights and reducing passenger flights because it doesn’t have enough pilots.

Other forms of transportation are also being hammered by the surge in virus cases. The U.S. Centers for Disease Control and Prevention said Thursday that it is monitoring more than 90 cruise ships because of COVID-19 outbreaks. The health agency warned people not to go on cruises, even if they are fully vaccinated against the virus.

The remnants of the delta variant and the rise of the new omicron variant pushed the seven-day rolling average of new daily COVID-19 cases in the U.S. above 350,000, nearly triple the rate of just two weeks ago, according to figures from Johns Hopkins University. 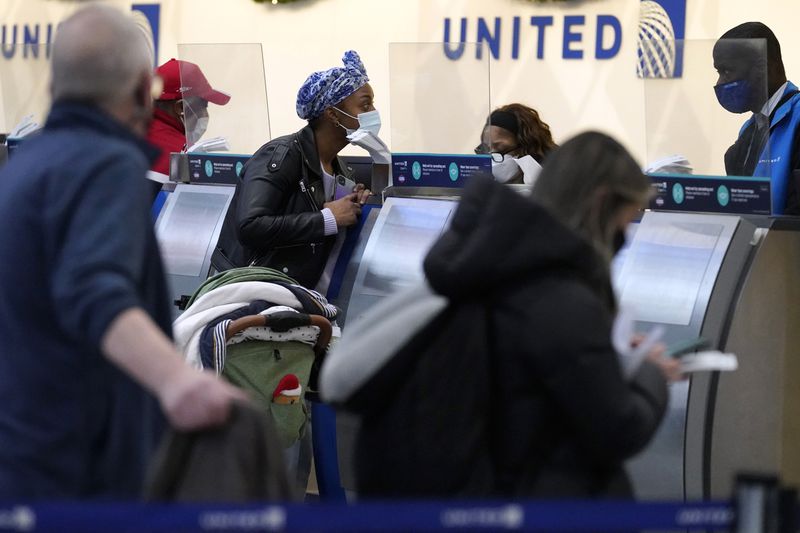 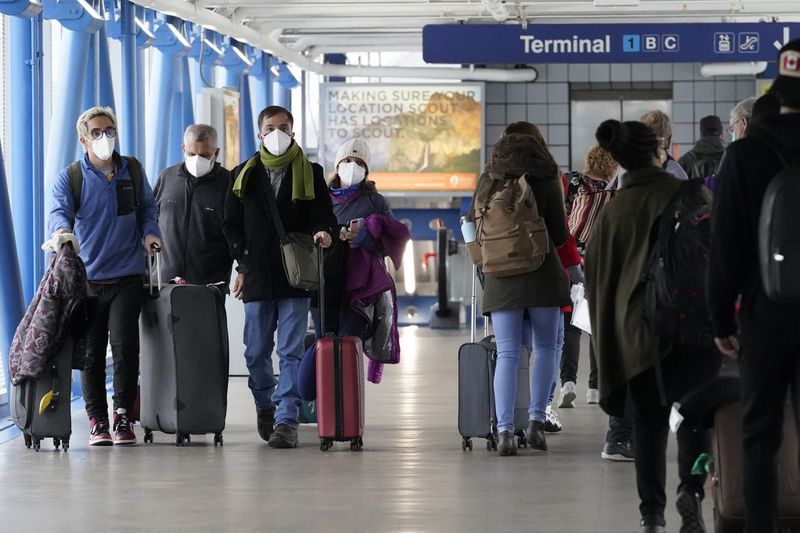