Editors Picks, Entertainment, In The News 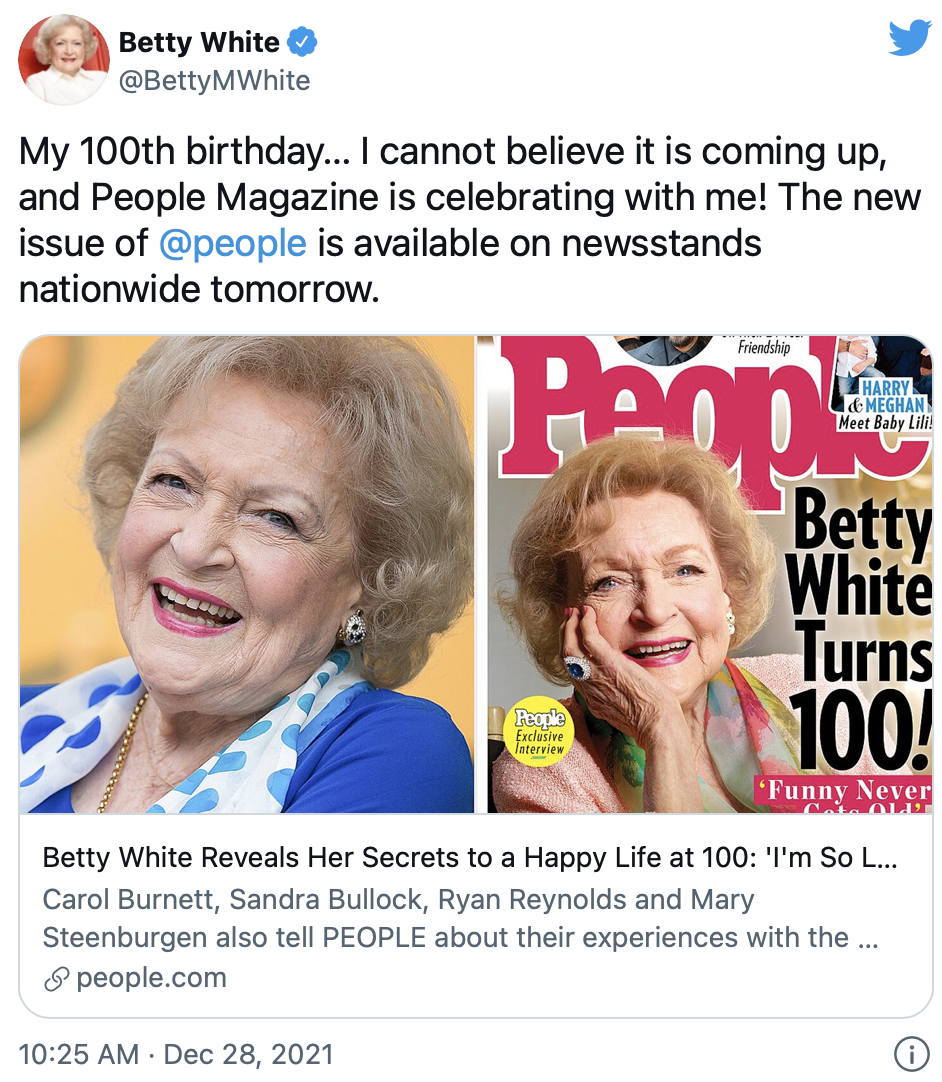 “Betty White: 100 Years Young — A Birthday Celebration” is scheduled to screen nationwide Jan. 17, when the onetime “Golden Girl” would have hit the century mark.

It “offers a revealing glimpse into her life — behind-the-scenes on set, working with her office staff, entertaining at home, lending her voice as an animal advocate,” according to a press release, and was to include her “actual birthday party,” where she would have marked the milestone with celebrity friends.

Those celebrity friends and her many fans took to social media Friday to express their appreciation for her and to mourn her death.