This $25 device makes iced coffee in a minute

The Hyperchiller claims to chill boiling hot liquids in just 60 seconds. I’ll be the judge of that.

I’m an iced coffee drinker in all seasons, thank you very much. I like hot coffee on chilly mornings or at a silver-top diner and there’s nothing like a well-placed cappuccino, but iced is my default and there are lots of ways to brew and buy iced coffee these days.

Cold brew — coffee made by steeping grounds in cold water for 12 or more hours — has become popular, for instance. Cold brew cultists say the half-day process produces a stronger, smoother beverage and its fans seem to love it. But some, including yours truly, prefer milder, traditional iced coffee. That method presents its own set of problems; namely having to wait for it to cool down after brewing or dealing with watered-down coffee if you ice it right away, neither of which is ideal.

Enter the Hyperchiller, a compact $25 device that claims it can chill just about any beverage, caffeinated, alcoholic, hot, room-temperature or otherwise in just one minute. 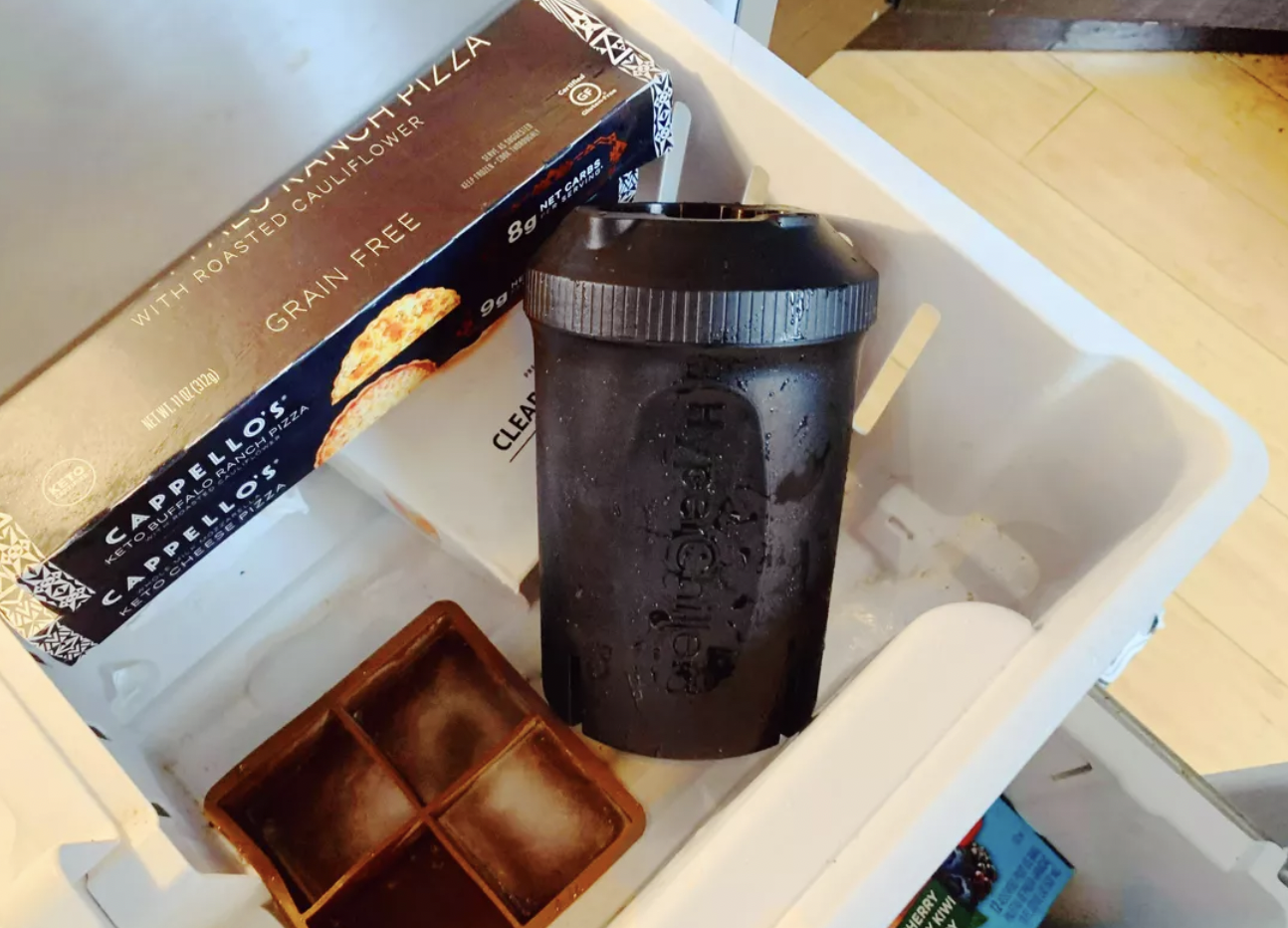 How does this thing even work?

The Hyperchiller is about the size of a large jar of pasta sauce. It has an inner cooling chamber with two layers of ice on both sides of the chamber. The ice layers are contained by internal stainless vessels so it chills the liquid when poured in without melting into it and diluting it. The hot liquid chamber is also thin so it spreads the hot beverage out, chilling it faster than a corksicle or frozen whiskey stones. 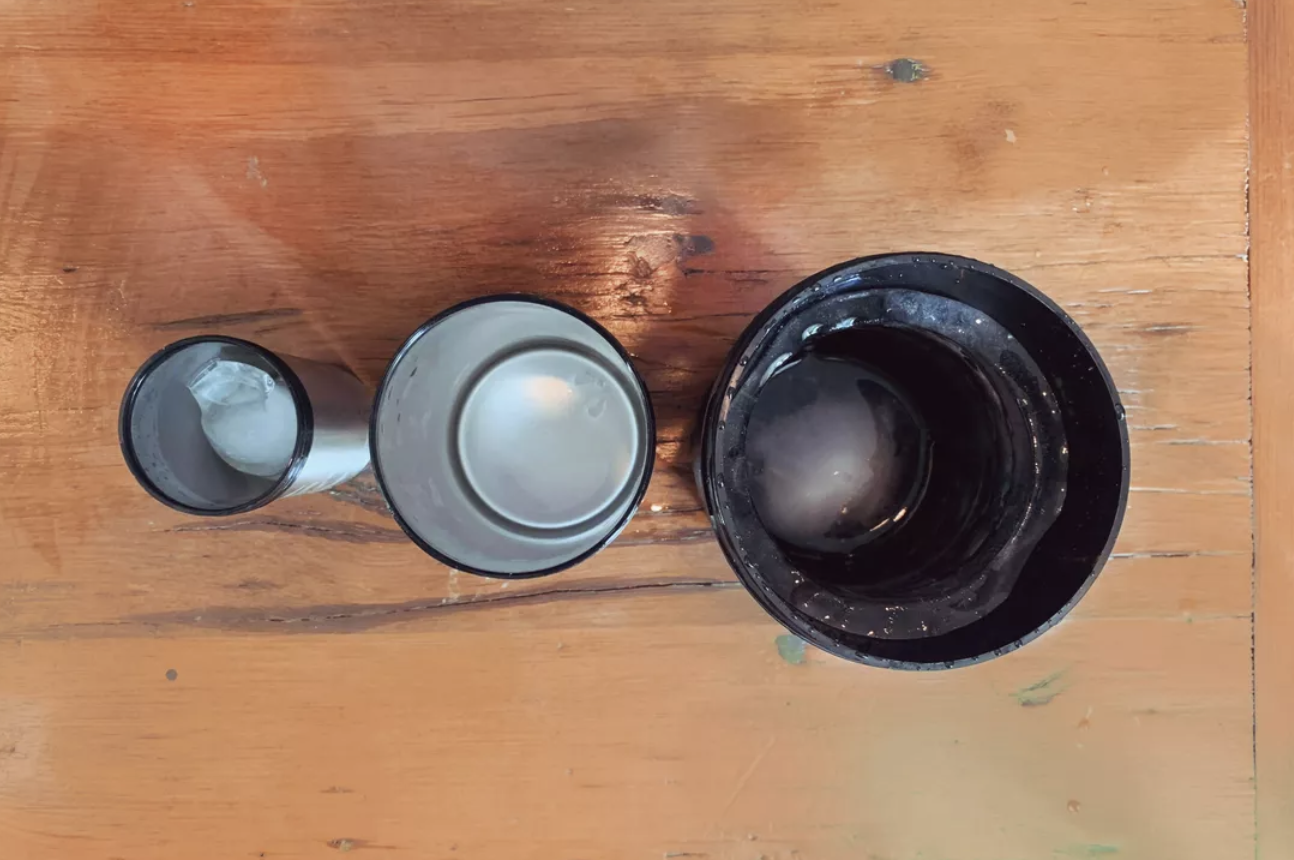 One thing to note is that you have to refreeze the device after each use (as you would with almost any other device in this category.) After using the Hyperchiller for hot beverages, you’ll need to refreeze it for a few hours — ideally 8 or more. For room-temperature tipples including wine and whiskey, it won’t thaw as much and thus needs less time to refreeze. But what’s nice is you don’t ever have to change or refill the water since the only chamber that gets dirty is the one in between. And even that only requires a quick rinse and then you can pop it back in.

How much chill does the Hyperchiller really have?

The Hyperchiller is great for many things but iced coffee was my number one goal, so I hot-brewed a big pot of my favorite java. The freshly brewed coffee was 175 degrees F but when I ran 12 ounces through the Hyperchiller and left it in for one minute, what poured out was a full 100 degrees cooler, down to a room temperature 75 degrees. I left the rest of the hot coffee in for another minute (two total) and what emerged from the device had a chill, down to 59 degrees. I checked the inner chambers and there was still a good bit of ice, meaning I could chill the other half of the pot down — albeit not as well — or refreeze the Hyperchiller in just a few hours. 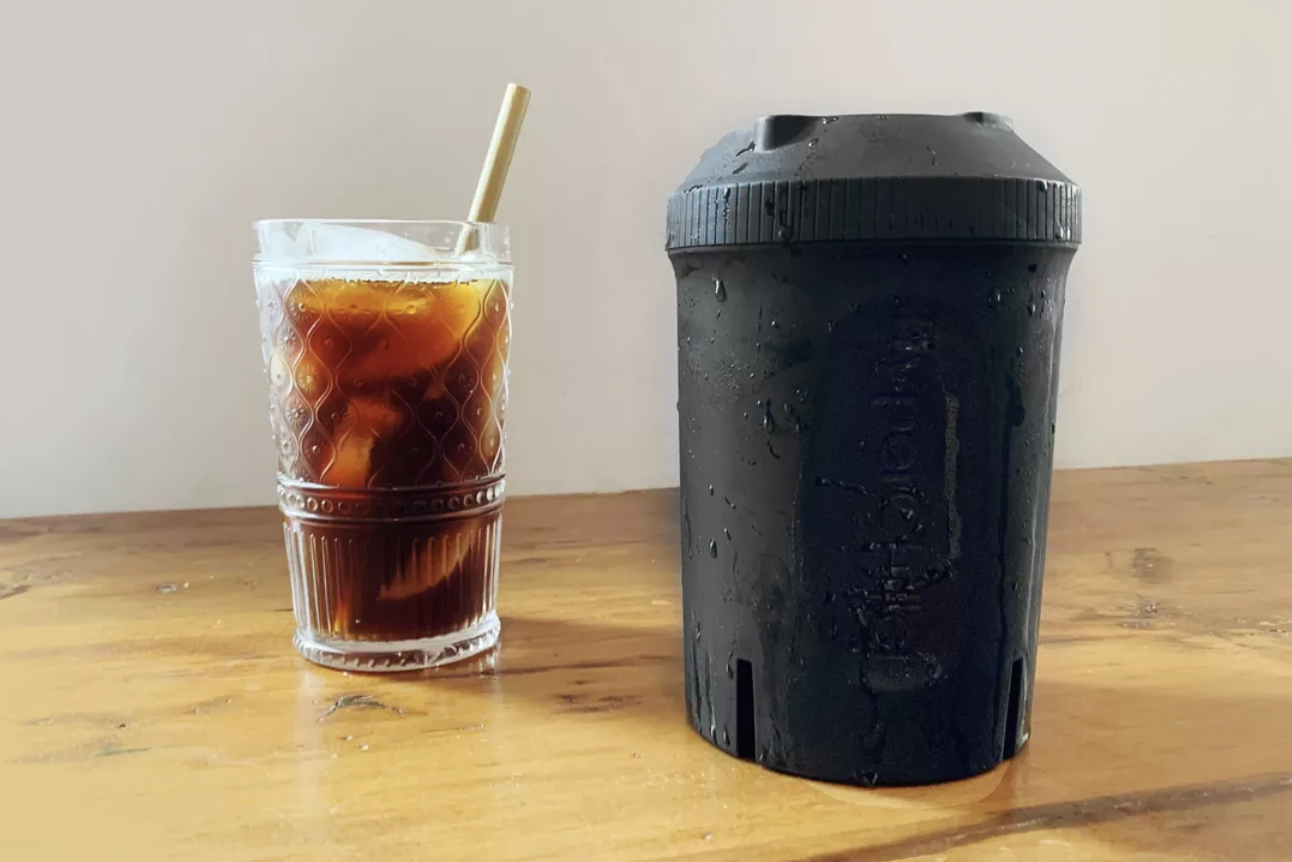 This was good. Very good.

Because tea brews at a similarly hot temperature and is often consumed at the same cold temperature as iced coffee, this coffee test applies pretty congruently to tea.

Experts say 48 to 55 F is optimal for drinking white wine. At room temperature, my wine measured in at a balmy 75 but one 45 second spin through the Hyperchiller and it was at a sip-perfect 45 degrees and ready to drink (so I did.) With wine, the Hyperchiller didn’t have to do nearly as much work as with the hot coffee and so the inner chambers were still mostly frozen. I could easily chill more wine (challenge accepted) or just another 25 minutes in the freezer and it was back to solid. 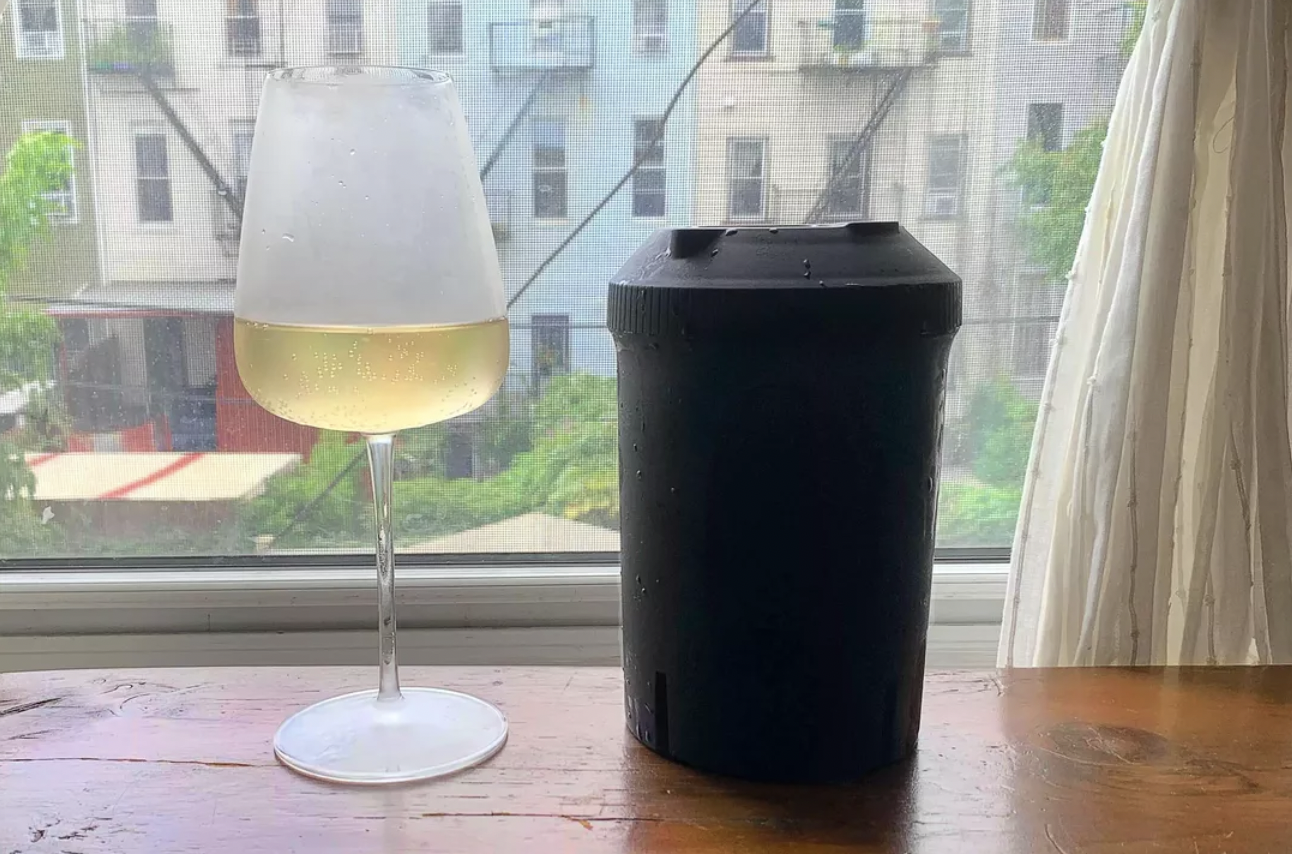 Much like the tea-to-coffee comparison, the Hyperchiller will do to whisky what it does to room temperature white wine, and so if you’re a chilled Bourbon or Scotch drinker who doesn’t love the dilution effect, this will work wonderfully. Just make sure it’s washed out nice and clean so as not to get unwanted Colombian dark roast flavors in your Pappy 20-year. Or maybe that would be good. Hmm…

Anyways, I love the little thing. You can pick up a Hyperchiller in one of four colors for just $25 and have non-watered-down iced coffee in the time it takes to order at Starbucks.