These Are the World’s Most Expensive French Fries

The potatoes are even blanched in Champagne before frying.

In most meals, French fries play second fiddle — a tasty but inexpensive side piled high to fill things out. But in honor of National French Fry Day — today, July 13 — New York City’s Serendipity3 decided to turn these expectations on their head and give French fries the starring role they deserve by creating the World’s Most Expensive French Fries.

Certified by Guinness World Records, these “Creme de la Creme Pommes Frites” clock in at $200 thanks to the help of some seriously expensive ingredients. The base is Upstate Chipperbeck potatoes that have been blanched in a mix of Dom Perignon Champagne and J. LeBlanc French Champagne Ardenne Vinegar before being thrice cooked in pure goose fat from Southwest France. The fries are then seasoned with Guerande Truffle Salt, tossed in Urbani Summer Truffle Oil, and topped with shaved Crete Senesi Pecorino Tartufello, which the restaurants says is “made of milk of sheep that graze on the clay-rich hills of Crete Senesi, dotted with black truffles foraged from valleys and forests in Volterra and Miniato, Italy.” Not enough truffle? The chefs then throw some shaved Black Summer Truffles from Umbria, Italy, on top before adding sprinkles of 23k edible gold dust to boot. 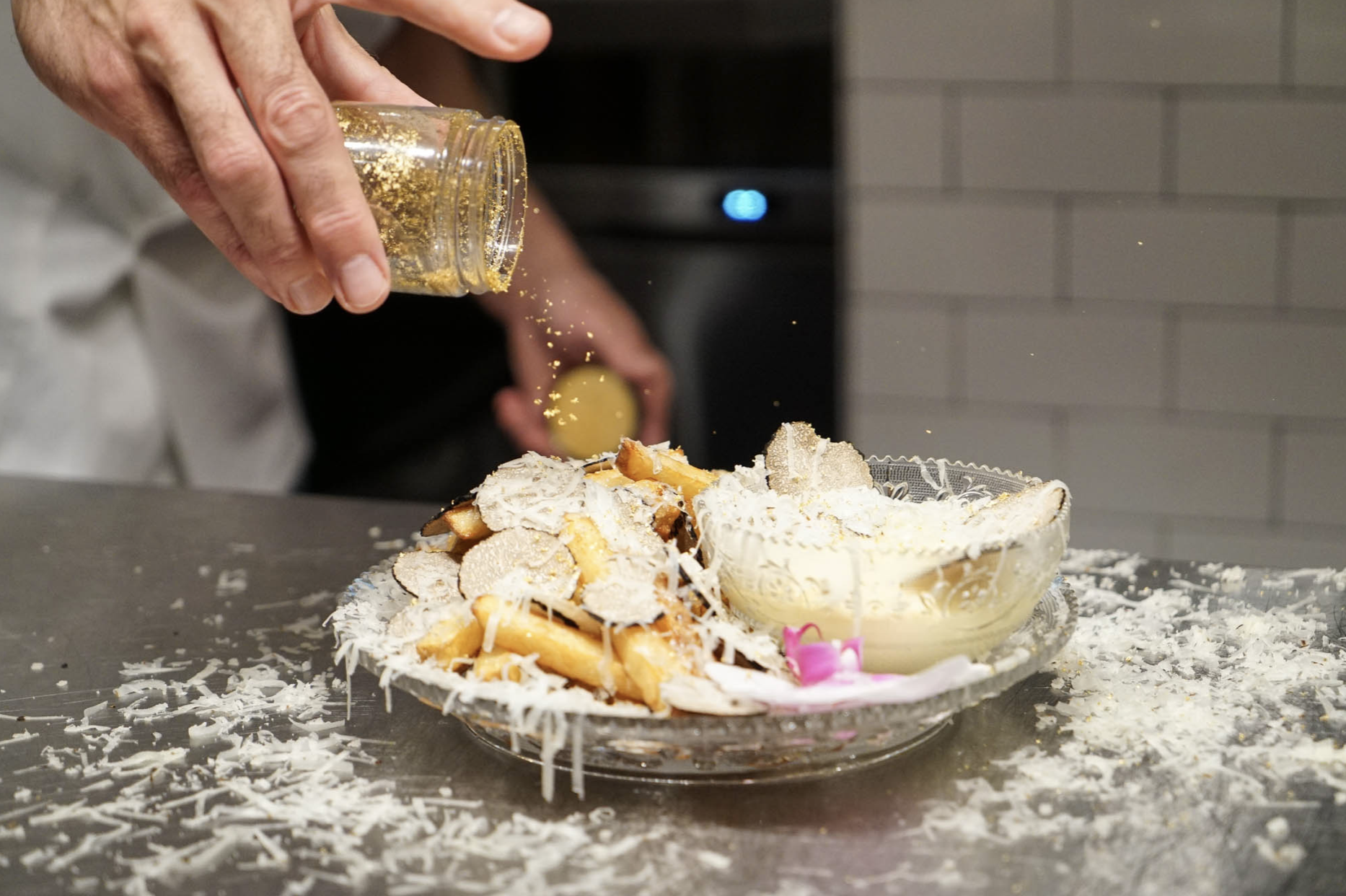 Of course, no French fries are complete without something to dip them in, so the dish is also served with a Mornay sauce — made from Udder Cream from Jersey cows, Black Truffle Butter, and Gruyere Truffled Swiss Raclette. And because presentation is everything, so the dish is served on a Baccarat crystal Arabesque plate with the sauce standing by in a matching crystal bowl.

“New York City has reawakened and the world is thrilled that Serendipity3 is back and better than ever,” stated the restaurant’s creative director, Joe Calderone, who developed the dish along with Chef Frederick Schoen-Kiewert, who serves as Serendipity3’s corporate executive chef. “We are so honored to be recognized by Guinness World Records for our creation of the most expensive French fries, the Creme de la Creme Pommes Frites, and look forward to creating even more over-the-top recipes in the future.”

A spokesperson for the restaurant said that these $200 fries are available for purchase from the restaurant by 48-hour advance request (and that there’s already a waiting list). To obtain the certification, Guinness World Records requires “an unbiased customer” purchase the item — so at least one serving of “Creme de la Creme Pommes Frites” has been sold so far. Meanwhile, Serendipity3 also included a reminder that they currently also hold the records for the most expensive milkshake, the most expensive sandwich, and the most expensive dessert — for anyone looking to put together one hell of an expensive meal.