That Guy with the World Record for Consuming Over 30,000 Big Macs Is Still Eating One Every Day

If you frequent food websites, you’ve probably come across Donald Gorske, even if the name doesn’t ring a bell. He’s not a celebrity chef or renowned winemaker, but he has achieved an oddly remarkable feat: In 2016, he was recognized by Guinness World Records for achieving “the most Big Mac burgers eaten in a lifetime.” When his record was certified, Gorske had scarfed down burger number 28,788. A couple of years later, he eclipsed another milestone: 30,000 Big Macs. And in 2021, not only is he still going, but Guinness World Records once again caught up with this living McDonald’s legend to highlight his continuing achievement.

The new video — posted to YouTube this week — is one of the most engaging 4:45 seconds I’ve ever watched. Even if you’re familiar with Gorske’s record, some of the details and discussions in this video were new to me.

Now, at 32,340 Big Macs, Gorske reveals the way he’s kept track of that number, and it’s stunning: “May 17, 1972, was the day I got my first car. I drove to McDonald’s. I ordered my first three Big Macs, went out in the car and ate them,” he begins. “And I said right there that I’m going to probably eat these the rest of my life, and I threw the cartons in the back  seat and starting counting them from day one.”

He wasn’t kidding: He reveals his boxes where he stores the cartons from every single Big Mac he’s ever eaten and the pouches where he saves every receipt — all meticulously organized and sorted by year. As if that’s not enough, he also keeps a running count on a calendar — yes, dating all the way back to the first Big Macs on May 17. “I can tell you which Big Macs I ate on which day,” he boasts.

Want to hear from his wife, Mary? She chimes in. “Don Gorske did not tell me about his Big Mac obsession when we first met,” she explains. “I didn’t realize it would go on forever.” 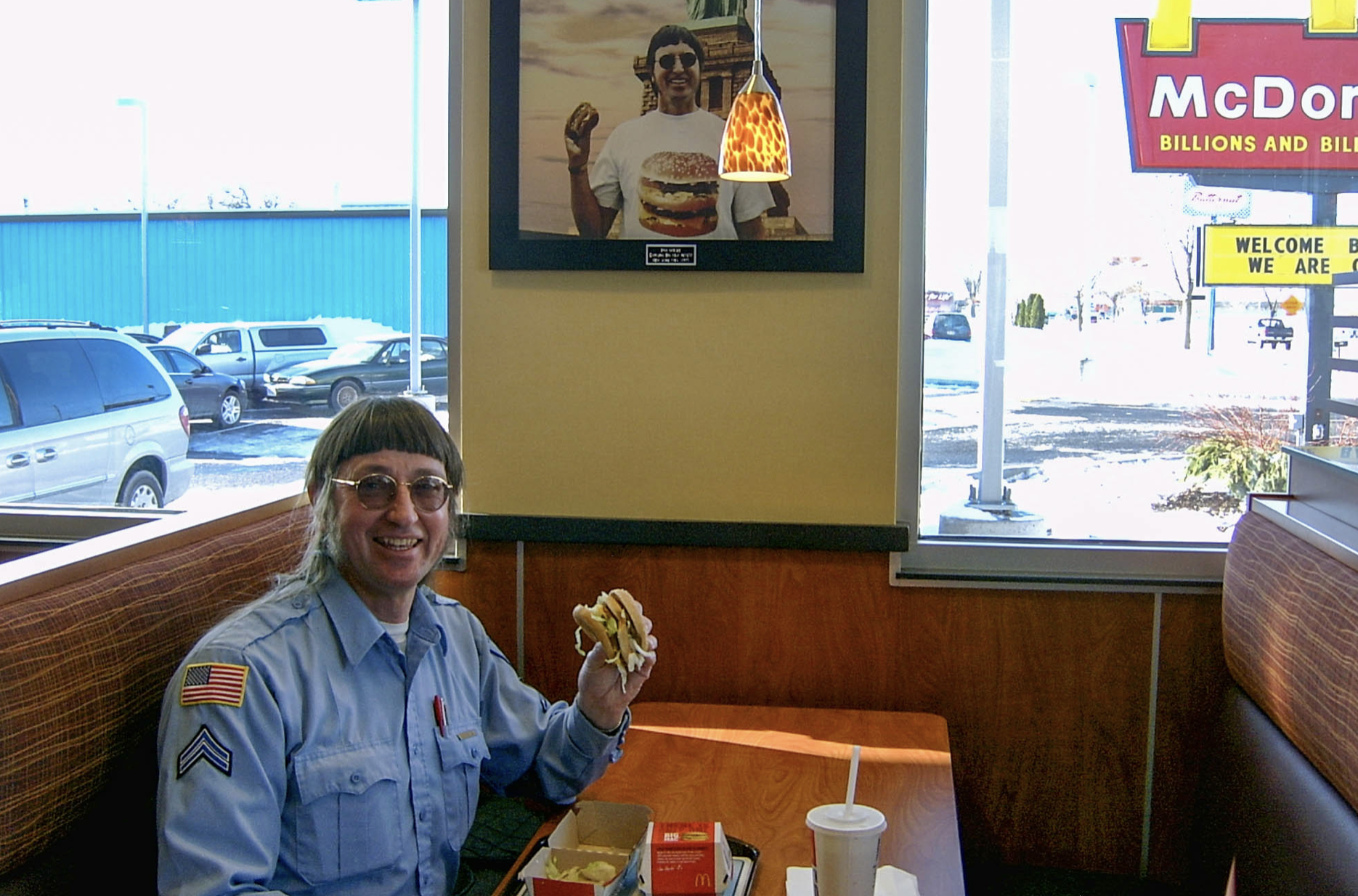 And the guy who owns Don’s local McDonald’s? He has one of the most interesting tales to tell: Not only has Gorske eaten a Big Mac every day since 1972, but apparently he gets pretty much all of them from one restaurant. “So Don comes into the restaurant quite often,” Dave Rause, the franchise owner, says matter-of-factly. “Since 1972, he used to come in once a day and order two Big Macs. Since he’s been retired, I think he figured out he was spending more on gas than he was on sandwiches so now he picks up six at a time and eight at a time on  Mondays and Thursdays. So we get to see him twice a week.” At one point in the video, we even see Gorske microwaving a Big Mac at home.

Seriously, if you have five minutes, give the whole video a watch. Even if the idea of eating Big Macs every day isn’t for you, there’s something to be said for Gorske’s power of persistence and the joy he finds not only in his routine but in being himself. Sure, it’s not necessarily the noblest of records, but at a time when people are winning medals for artistic swimming and table tennis, who’s really to say which feats are more notable than others?