Antoine Phillips is working to lift up “creatives of color” through the luxury label’s scholarship program and an impact fund supporting nonprofits in 12 cities across the U.S.

“Being a male of color from Los Angeles, I can tell you it’s really about empowering the next generation of creatives of color in different cities [and] to amplify opportunities,” says Gucci’s Antoine Phillips of the initiative Gucci Changemakers North America, which he jump-started in 2019 after joining the luxury label as its L.A.-based vp of brand and culture engagement. Its focus is on increasing inclusion and diversity in the fashion industry, particularly in 12 major U.S. cities, including L.A. The two-pronged program includes a $5 million impact fund — to support nonprofits that benefit communities of color — and a need-based scholarship program for undergraduates from diverse backgrounds who are planning on fashion-related careers.

Though diversity efforts had been ongoing at Gucci, the brand went through its own period of reckoning two years ago when it faced controversy over a sweater that some thought portrayed blackface. It was pulled off the market with an apology and a promise to do better.

Phillips joined Gucci after holding PR positions at YSL, Armani and Coach, where he played a part in taking their fashion shows to HBCUs. He also worked on creating a Changemakers Council to help guide the effort; it includes fashion veterans like Naomi Campbell, Dapper Dan, modeling agency founder Bethann Hardison, and stylist June Ambrose as well as activists and writers such as DeRay Mckesson, Cleo Wade, Eric Avila and Michaela Angela Davis. 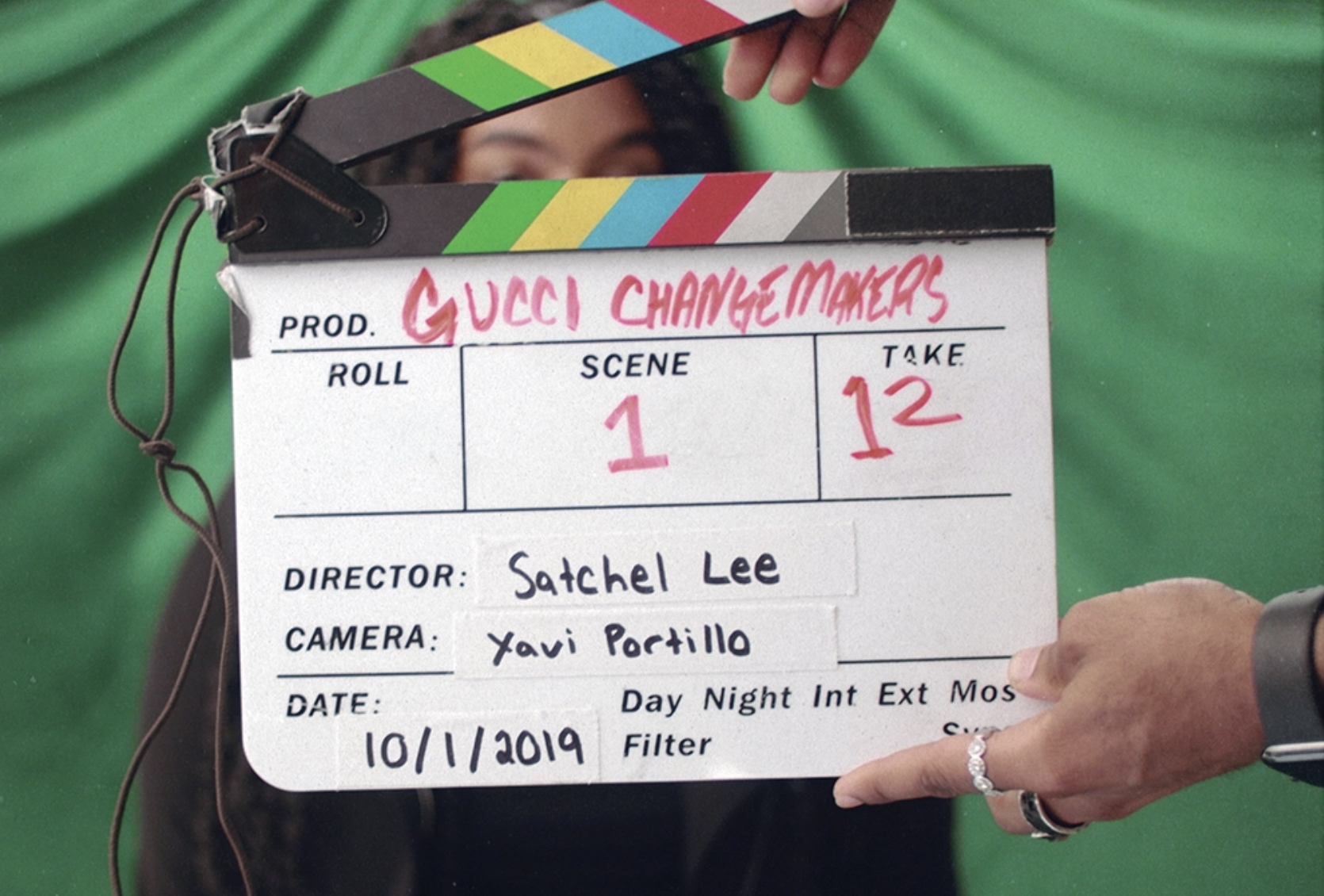 On July 8, Gucci announced 22 new Changemakers scholars who will each receive a scholarship of up to $20,000, in addition to a Gucci corporate mentorship assignment and a six-week virtual summer program to educate them on various fashion careers.

“We landed on $20,000 because we saw in the research that most students of color are not finishing school because of those last dollars, $15,000 to $20,000,” Phillips explains. Another program goal is to bring “visibility on some of the roles outside of the design room,” says Phillips. “A lot of students think if you want to work in fashion, you can only be a stylist or designer, but you can do store design, you can be a fashion lawyer, you can do marketing and communications, you can do customer engagement.” Over the next four years, Gucci expects to award $1.5 million in these scholarships.

Among the recipients is 18-year-old, Las Vegas-born Quentin Clifford, who decided after a pandemic-fuel bout of introspection to turn from his study of the violin, enroll at downtown L.A.’s Fashion Institute of Merchandising and Design, and pursue a new outlet in a field he finds more creatively liberating.

Phillips got his own start in fashion as a salesman at Giorgio Armani on Rodeo Drive. “I’m a proud Californian, born in Los Angeles and Long Beach, lived in Compton, Winslow, Orange County, and then my parents took us out to Riverside, and I went to Cal State Fullerton,” he says.

On the other side of the coin, Gucci Changemakers‘ impact fund supports nonprofits such as We Are R.I.S.E. (Resilient, Intelligent, Successful and Empowered), a social-emotional workshop and mentorship program started in 2017 in South Los Angeles by elementary school teacher Ebone Smith. She originally reached into her own pocket to fund We Are R.I.S.E. for about 35 girls aged 7 through 12, wanting to help her young charges recognize their self-worth and develop coping skills to help avoid pitfalls along the way. Grant money will allow the program to continue and provide for field trips to places like the California African American Museum. “I had never been able to take them outside their communities because I just did not have the funding,” says Smith.

Other nonprofit groups that are benefiting include Atlanta’s Weird Enough Productions, which uses diverse comic book heroes to foster greater youth self-esteem; the Human Rights Campaign, where it will go to enriching the college experience for LGBTQ students in HBCUs; and SocialWorks, the Chicago-based initiative founded by Chance the Rapper. Funding from Gucci Changemakers will help to launch virtual access to SocialWorks’ mental health initiative, My State of Mind.

Changemakers also is a backer of the film Academy’s Gold Rising internship program, which is focused on helping students of color, young women, those who identify as LGBTQIA+, people with disabilities and youth from low-income communities to succeed as the next generation of storytellers.

“Oftentimes people look at the Academy and don’t understand that we have an entire foundational arm and that we depend on grants because so many of our members are below-the-line members and not the big stars,” says AMPAS COO Christine Simmons. “The grants that we’re able to receive just extend that work further.”