Podcaster and Arizona State University graduate Mat George died in a hit-and-run accident in Los Angeles early Saturday morning, according to his co-host.

City News Service reported that George, 26, was struck by a white BMW at approximately 2:20 a.m. while walking in an unmarked crosswalk in the Beverly Grove neighborhood. George was pronounced dead at the scene.

The driver of the vehicle did not stop or notify emergency services, according to the Los Angeles Police Department, which identified the victim simply as a 26-year-old Arizona resident.

“Mat was killed in a hit and run last night,” his co-host Michaela Okland confirmed in a tweet. “I don’t really have any other words right now.”

George was the co-host of “She Rates Dogs,” a popular comedy podcast about dating and relationships. He graduated from Arizona State University in 2017 with a bachelor’s degree in biology and worked as a medical scribe in Avondale before joining the podcast,according to his LinkedIn profile. 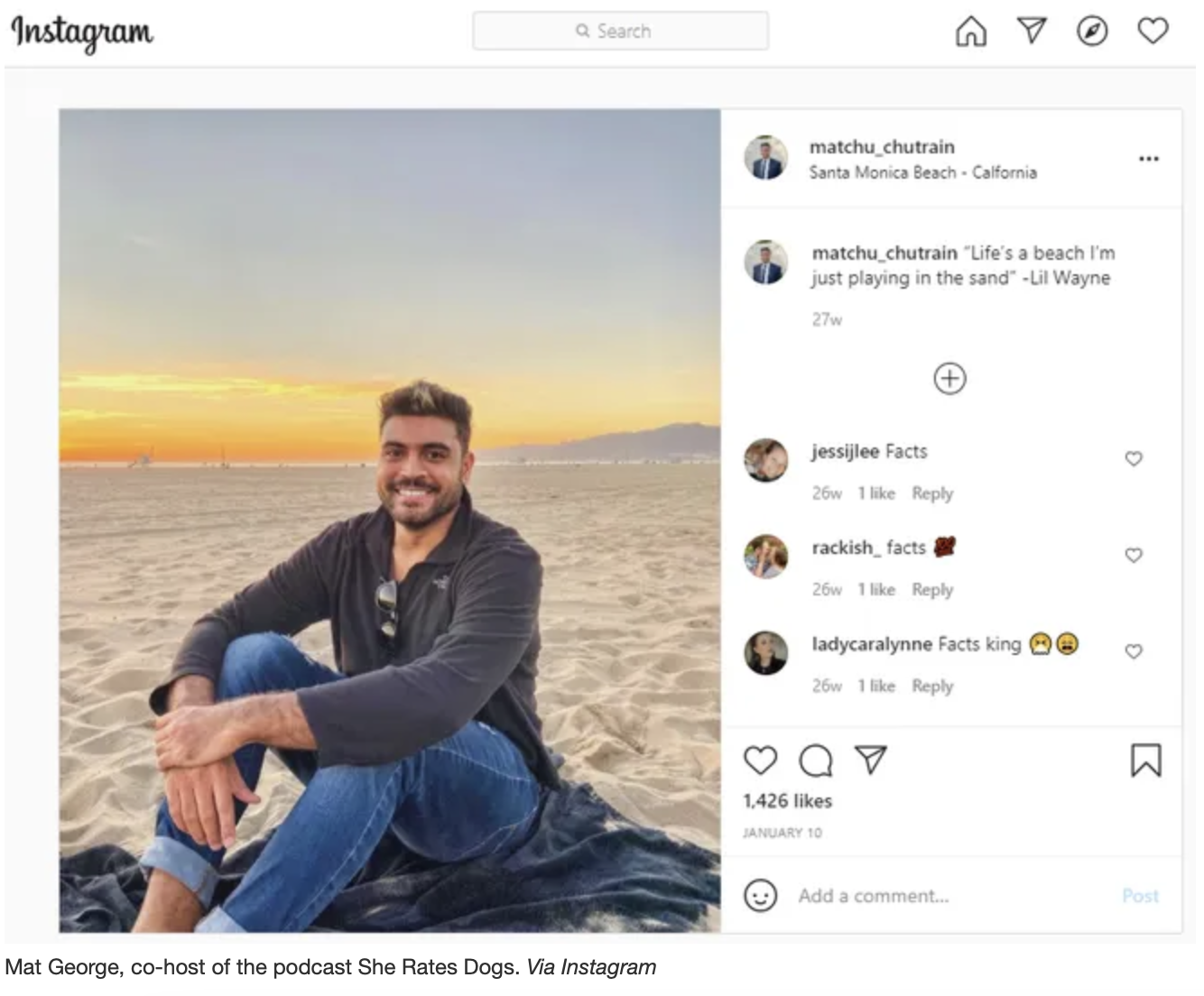 In a December interview with Shoutout Arizona, George talked about the positive impacts of his career change and what inspired this move.

“Towards the end of my college days at Arizona State University I started to share my experiences as a gay man with different people I was close to,” George said. “Their reactions made me realize that a lot of these stories were funny to others, which then gave me more confidence to start sharing them with even more people.”

As of Sunday afternoon, the Los Angeles Police Department was still searching for the driver. Anyone with information about the incident should contact West Traffic Division detectives at 213-473-0234. Anonymous tips can be directed to the LA Regional Crime Stoppers at 1-800-222-TIPS (8477).