The concert was set for August 29. A new date has not been announced yet.

The popular rock group has not set a new date yet in Atlanta but people who hold tickets can use them at the later date.

The tour, which is supposedly the band’s final one, is ironically dubbed End of the Road.

The news broke last week just four dates into the tour. Stanley himself said on Twitter that is is handling the situation with aplomb even with some flu-like symptoms.

“I am fine!” he wrote on Thursday. “I am not in ICU. My heart allows me to do 26 miles a day on my bike! I don’t know where this came from but it’s absolute nonsense.”

He added on Friday: “Some really rough days behind and hopefully just a few more ahead. Then … I’M COMIN’ OUT THERE TO SEE YOU!!!!”

The band and the crew on tour, KISS noted in an announcement, have been fully vaccinated. 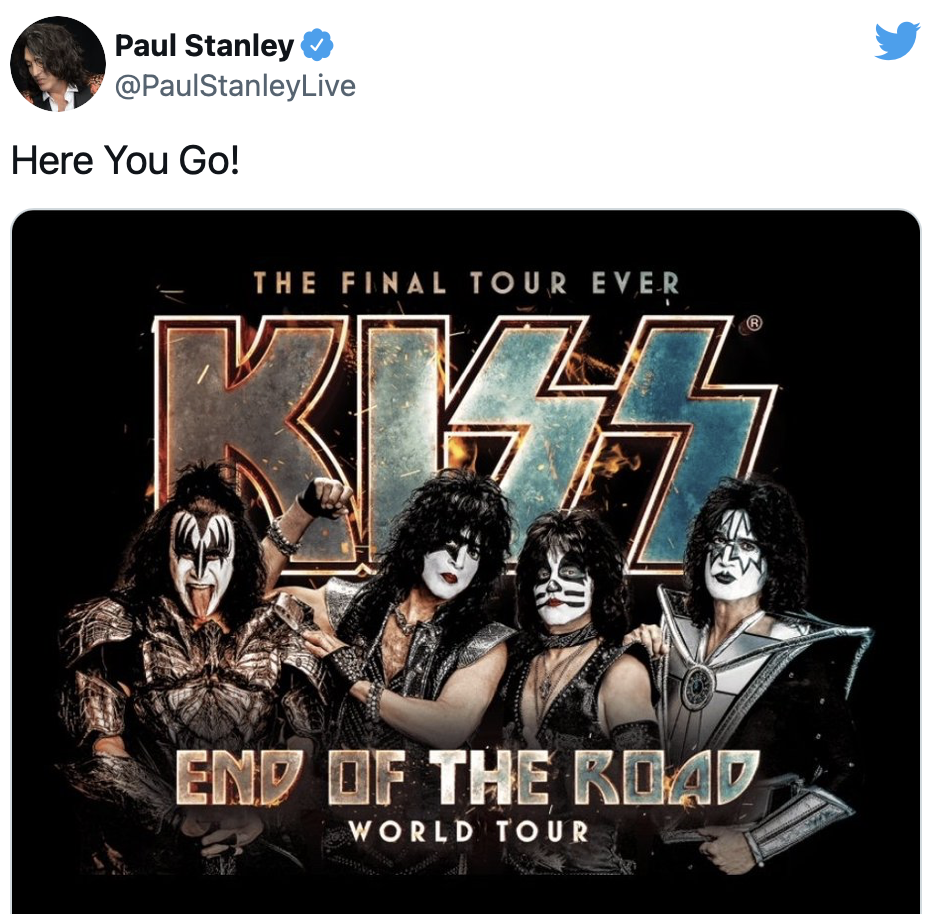 While hundreds of bands and performers are touring now nationwide, a few have had cancellations, including Garth Brooks, Nine Inch Nails, Stevie Nicks and BTS.