Homes are also taking longer to sell. Still, prices are up 15% from a year ago.

Pending home sales rose 9%, the slowest growth since June 2020, while the actual number of pending sales fell to the lowest level since April 2021. More home sellers have started slashing their prices—another sign of softening seasonal homebuyer demand. Still, prices remain elevated, up 15% from a year earlier.

“The housing market has clearly become slightly more favorable to buyers,” said Redfin Chief Economist Daryl Fairweather. “Homes are taking longer to sell, which gives buyers more time to make thoughtful decisions about whether to make offers. Home prices have plateaued, so buyers shouldn’t feel rushed to buy before prices rise further. And the fact that more sellers are dropping their list price is a sign that sellers have to be realistic about their price expectations.”

Unless otherwise noted, the data in this report covers the four-week period ending August 29. Redfin’s housing market data goes back through 2012.

Other leading indicators of homebuying activity: 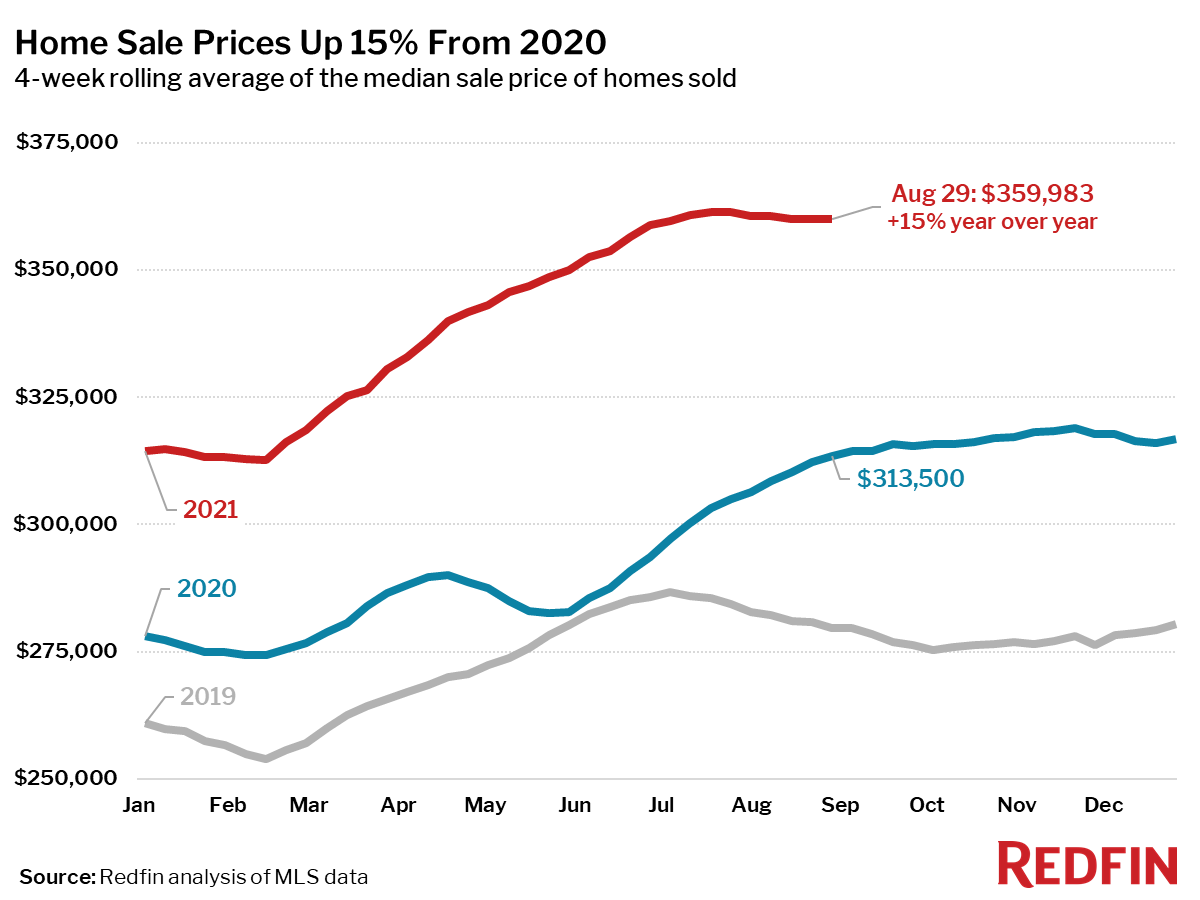