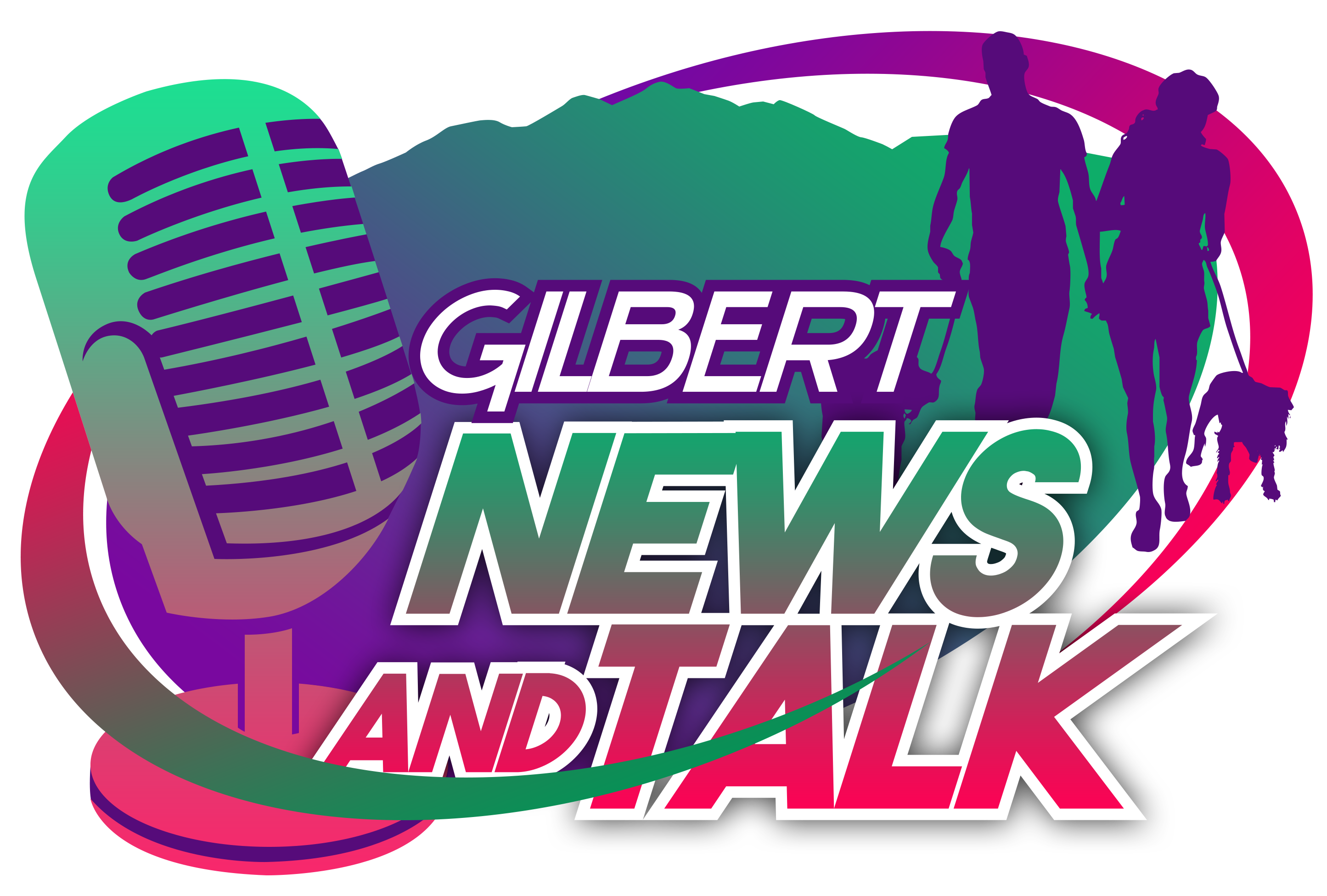 Authorities say while Denise Birdwell was running the Higley Unified School District, she was lining her own pockets with money she got in a kickback scheme involving school construction.

The Attorney General’s Office said the four were involved in a fraud scheme tied to rigged contracts that cost taxpayers millions of dollars. Prosecutors accused Birdwell of taking payments for helping a company win a bid for building two middle schools in 2012.

Birdwell also misspent $6 million of public money that she diverted from a restricted fund to help cover construction costs related to the contracts, prosecutors said.

The indictments punctuate years of allegations that followed Birdwell from Higley to Scottsdale unified school districts from 2011 until 2018 when she was forced out of her job.

The Scottsdale Unified School District accused Birdwell at the time of taking thousands of dollars from a firm she brought in to oversee Scottsdale school construction.

It was the same firm authorities said she was taking money from in Higley, a school district that includes portions of Gilbert and Queen Creek in the Southeast Valley.

The Arizona Auditor General laid out its findings against Birdwell in a lengthy investigative report on Thursday. Investigators detailed how, in the Higley district, she steered contracts to a company called Educational Facilities Development Services LLC and to a Phoenix architectural firm.

Neither Birdwell nor Hartwell Hunnicutt reported the income in tax filings, according to the indictments.

Hunt & Caraway’s president, who has since died, was part of the Educational Facilities development team. The architect firm paid Birdwell $28,000 while she was Higley’s superintendent and another $57,000 after she retired in 2015, according to investigators.

But Birdwell’s association with Hunt & Caraway didn’t end with Higley. Investigators said she continued steering business to the firm after she started running the Scottsdale Unified School District in 2016.

Birdwell got another $15,000 from Hunt & Caraway in 2016. Checks were paid directly to Hartwell Hunnicutt or to the Law Offices of Kay Hunnicutt and deposited into a joint checking account shared by the women, investigators said.

The Scottsdale Unified School District governing board moved to oust Birdwell in 2018 after it accused her of failing to disclose payments from Hunt & Caraway. The board agreed to give Birdwell a $150,000 severance and terminate her contract a year early.

The board’s decision came months after the school district and the Attorney General’s Office launched investigations, and more than a year after residents first raised questions about district finances, bidding practices and potential conflicts of interest. 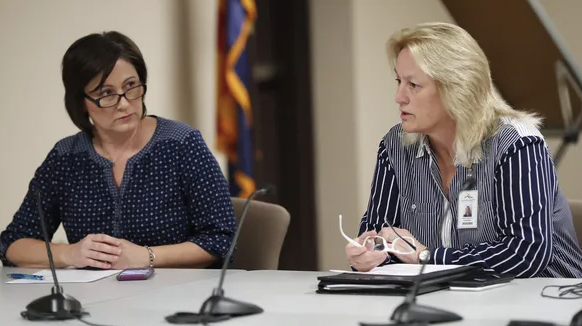 Birdwell, 59, faces 18 felony counts, including seven conflict of interest charges and two charges of violation of duties of a custodian of public monies.

She could not be reached for comment. Property records indicate she is now living in a $770,000 home she and Hartwell Hunnicutt bought in 2020 in Monmouth, Oregon.

Hartwell Hunnicutt on Thursday initially denied knowing anything about the indictment, then described the charges as fiction, “something I’m being dragged into because I am (Birdwell’s) friend.”

Hartwell Hunnicutt, who was charged with three counts of filing a tax false return, denied any wrongdoing. She dismissed the allegations as nothing more than failing to report some income.

“I have never committed any kind of felony,” she said in a phone interview.

She claimed the case against her is the result of a personal vendetta by a former Attorney General’s Office employee who “may be involved in pushing forth the indictments and allegations.” She would not elaborate on the vendetta or who was behind it.

Hartwell Hunnicutt declined to discuss her relationship with Birdwell. In follow-up emails, she described herself as Birdwell’s landlord. She said Birdwell “agreed to take care of my rental properties.”

The Auditor General said the women’s financial and personal ties were longstanding.

They included “sharing a home, co-owning a timeshare, jointly serving as parent/guardian/monitor of Ms. Hartwell Hunnicutt’s grandson, sharing a joint checking account, naming each other as sole beneficiary on a personal bank account, and Dr. Birdwell naming Ms. Hartwell Hunnicutt as the emergency contact on a Higley employment form.”

In addition, a Hunt & Caraway vice president told investigators that Hartwell Hunnicutt provided legal services to Higley through Hunt & Caraway, according to the Auditor General’s report.

The executive said Higley would reimburse Hunt & Caraway for those services, according to the report: “From March 2012 through February 2017, Hunt & Caraway paid Ms. Hartwell Hunnicutt $520,260.”

Architectural firm gets millions in contracts

Birdwell lined up Hunt & Caraway to get about $11.3 million in contracts from the two school districts during her tenure, according to the Auditor General.

“From June 2011 through July 2015 (1 month after Dr. Birdwell retired from Higley), Hunt & Caraway received more than $6 million from Higley and was contracted to receive $3.275 million from EFDS for project work,” Auditor General’s report said.

“From February 2016 (1 month after Dr. Birdwell was hired by Scottsdale) through December 2017, Hunt & Caraway billed Scottsdale for about $2 million in services,” the report said.

Educational Facilities Development Services was created 14 days before it won the 2012 construction bid for the two Higley middle schools, according to investigators.

The company was set up by Gary Aller and Steve Nielsen, who were indicted on three counts each of fraud and conspiracy.

Both men were prominent ASU employees.

Aller was the director of ASU’s Alliance for Construction Excellence for 22 years until 2012. Nielsen was the assistant vice president of university real estate development from 2003-2014.

According to investigators, Higley School District was in a financial bind when it decided to build two new middle schools in 2012. The district was at it its debt limit and could not issue new bonds to borrow money.

Higley sought bids for a private developer working in conjunction with a nonprofit corporation to design, finance, construct and manage the middle school projects.

Enter Aller and Nielsen. EFDS proposed a complex alternative financing structure that involved lease-purchase agreements and a nonprofit foundation. A limited liability company formed by the foundation held the debt and was responsible for repaying the loan.

But investigators said EFDS was getting inside help. Hunt & Caraway’s former president, Brian Robichaux, served as Higley’s procurement adviser at the same time he was working with Aller and Nielsen.

Robichaux died in 2020 is not named in the Auditor General’s report.

At Birdwell’s direction, Higley employees shared draft proposals with Aller, Nielsen and Robichaux, according to the Auditor General. That allowed them to custom tailor their bid to Higley’s exact specifications. It also gave them influence in contract talks and let them cut the time competitors had to respond, the Auditor General said.

“Mr. Aller and Mr. Nielsen drafted the exact language Higley ultimately used in the RFP’s scope of work,” according to the auditor general’s report.

Once EFDS won the bid, Birdwell authorized two lease-purchase agreements, locking Higley into a $160 million deal for 40 years, according to the Auditor General’s report.

Then investigators said Birdwell, Aller and Nielsen tried to cover up their crimes by falsely certifying they followed school district procurement procedures.

Investigators said Birdwell’s deception didn’t end with the award of the contract.

Voters in 2012 rejected Higley’s request for a bond override intended to help finance the construction project and pay for the new schools’ furniture, fixtures and equipment.

Investigators said Birdwell repeatedly denied misconduct when confronted about the misuse of funds and payments from vendors.

Birdwell denied knowing anything about the restricted funds, according to the Auditor General’s report. After being shown evidence of wire transfers with her authorization, Birdwell tried to argue the funds were used appropriately.

“Additionally, a Higley consultant reported to investigators that Dr. Birdwell told her ‘What are they going to do, slap my hand?'” after the consultant told her the use of the money was illegal, according to the report.

The report indicated Birdwell would withdraw the funds she received from Hunt & Caraway within a few weeks of their deposit into the joint account she shared with Hunnicutt. She typically made cash withdrawals or transferred the money into her personal checking account.

“Although the memo section on 1 of these checks said ‘Consultation Retainer,’ neither Ms. Hartwell Hunnicutt nor Hunt & Caraway were able to produce documents such as contracts or invoices supporting the purposes of these checks,” the Auditor General reported. ” And neither Ms. Hartwell Hunnicutt nor Dr. Birdwell claimed these payments as income on their respective State income tax returns.”

The Auditor General’s report said Birdwell’s position influenced employees to act against their own best judgement.

“Some of these employees viewed Dr. Birdwell’s actions as questionable or were concerned about questioning her decisions because they feared retribution,” the report said.