Get ready for the Baby Yoda balloon on Thanksgiving Day

On Thursday, a larger-than-life helium-filled likeness of Grogu, the beloved “Mandalorian” character also known as Baby Yoda and the Child, is making its aerial debut above the streets of New York.

The Grogu balloon is the first “Star Wars” inflatable in the annual Macy’s Thanksgiving Day Parade — a thrill for fans of that cosmic franchise. But for Funko, the collectible toy company behind the tiny square-headed figurine after which the balloon is modeled, it’s an even more momentous occasion.

If the Force is with Funko — and the winds cooperate — the company and its line of vinyl figurines could make the leap from the cool nerds’ lunch table to mainstream pop consciousness.

“Funko has had some pretty terrific brand milestones, but this is epic,” said Brian Mariotti, the company’s CEO, who bought the toy company in 2005 and took it public four years ago. He called the parade “a massive moment for our brand, our employees and our fans.” 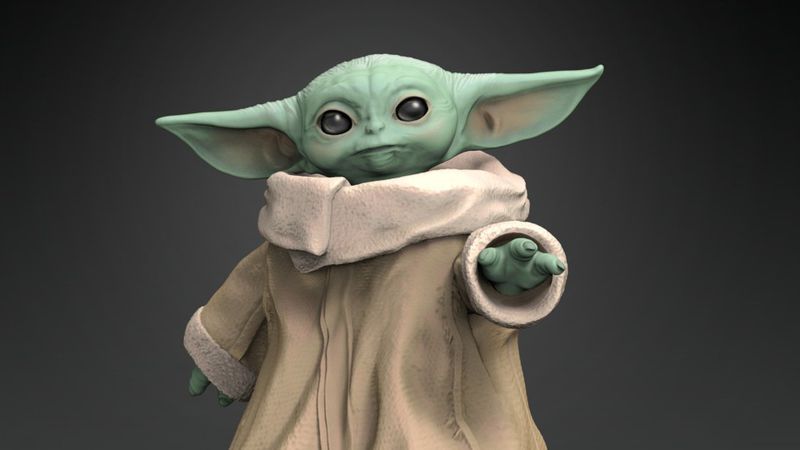 Whether shopping at Hot Topic or attending a comic book convention, those fans have been snapping up Funko Pop figurines since their introduction at San Diego Comic Con in 2010. Each toy is an approximately 4-inch vinyl version of a pop culture figure, be that a superhero, TV character, movie star, music icon, star athlete or filmmaker.

Paul Southern, senior vice president for licensing at Lucasfilm, the company behind “Star Wars,” referred to the figurines as “iconic pieces that our fans and collectors have come to seek out.” Some are more enthusiastic than others. David Mebane of Knoxville, Tennessee, clinched the Guinness World Record in May for his collection of more than 7,000 Funko Pop figures, which he began amassing in 2014.

“Collectors have rooms that look like the walls are built of Pop vinyl,” said Daniel Pickett, the editor-in-chief of Action Figure Insider, a website for toy enthusiasts. He himself has upward of 200 Funko Pop figures. “They kind of sneak up on you,” he said.

Funko was founded by Mike Becker in 1998 as a mom-and-pop manufacturer of nostalgic “bobblehead” figures — the kind given out as premiums on special nights at sporting events. A fan of those bigheaded bobbles called Wacky Wobblers, Mariotti bought Funko and grew it into an international player in the licensed collectible market. It was sold to the private equity firm Fundamental Capital in 2013, and then to ACON Investments in 2015.

Funko’s range of merchandise has broadened in recent years to include plush toys, board games, Pez dispensers and, under its Loungefly brand, such accessories as character backpacks, purses and headbands.

“We’re known for having one of the largest portfolios of licenses in the world, and it’s because we take our creative process and the integrity of our partners’ IP very seriously,” Mariotti said.

Funko Pop’s TV catalog includes characters from “The Golden Girls” and “WandaVision.” There are desktop versions of Duran Duran and Devo, as well as current hit makers such as BTS. Drag fans can buy a late-model RuPaul, or a classic Bugs Bunny dressed as Carmen Miranda. Bram Stoker, holding a tiny copy of “Dracula,” can share shelves with dolls inspired by the “It’s a Small World” ride at Disneyland and the cast of the musical “Hamilton,” not to mention all manner of “Star Wars” creatures (though none as big as the Baby Yoda balloon).

“We’re very intentional about the brands we collaborate with to bring the authenticity of ‘Star Wars’ to fans,” said Southern of Lucasfilm. “We’ve been collaborating with Funko for over a decade, and they’re a notable piece of our overall ‘Star Wars’ licensing portfolio.” The Grogu balloon, he said, “is a great extension to that relationship.”

The idea to create a balloon in Grogu’s image came out of a Funko brainstorming session. “If you think about massive pop culture moments over the past few years, the introduction of Grogu has got to be in your top five,” said Dolly Ahluwalia, Funko’s vice president for licensing and business development. “It broke the internet.” (Indeed, many fans spent the Christmas following the premiere of “The Mandalorian” desperately searching for Baby Yoda toys, which Lucasfilm and Disney kept under wraps for months, so as not to spoil the show’s plot points.)

The toymaker approached Macy’s and Lucasfilm with a collaboration in mind; all parties agreed to go for it. “Had we not had so many years of working together behind us, and without the tremendous success we’ve already had with ‘The Mandalorian,’ it would have been a much harder conversation,” Ahluwalia said.

The balloon was already a hit with those who witnessed a test run at Macy’s Balloonfest on Nov. 13 at Citi Field. “For his small stature, Grogu received a larger-than-life reception,” Southern said via email.

Having a balloon in the parade is the whipped cream on an already-delicious pumpkin pie of a year for Funko. In September, Forbes reported that Funko had rebounded from what it called a “disaster” of an initial public offering in 2017 — share prices plunged more than 40% on the first day — and now is reporting its three best quarters ever.

For the occasion of the parade, Grogu Pop merchandise, including T-shirts, hoodies and figurines, will be sold at the Herald Square Macy’s and Funko stores.