Large factory could transform I-20 stretch east of Atlanta

When SK Innovation announced a $2.6 billion battery plant northeast of Atlanta three years ago, it gave Georgia a toehold in electric vehicle manufacturing.

Rivian’s announcement Thursday of a $5 billion electric truck, SUV and van factory east of Atlanta, by comparison, could put the state at the vanguard of the next generation of the auto industry.

California-based Rivian is making a big bet that Georgia, despite an extremely tight labor market, can slake its thirst for talent. The company will need not only automotive engineers but software engineers, information technologists and a new breed of assembly line worker with the technical chops to keep largely automated assembly lines humming.

Georgia is making a substantial wager, too. Though the full value of the state’s incentive package had not been released as of Friday, it is likely to be worth hundreds of millions of dollars or more in grants, tax breaks, infrastructure and workforce training.

Rivian, a well-funded darling of Wall Street and rival to the more-established Tesla, is still very much a startup. It will take time and billions of dollars to perfect its products and scale up, all while facing competition not only from Tesla, but Ford, General Motors and other established names.

As of mid-December, Rivian had delivered only 386 of its R1T electric pickups. After flagging production delays late Thursday at its existing EV plant in Illinois, the company’s stock price plunged 14% in morning trading Friday. 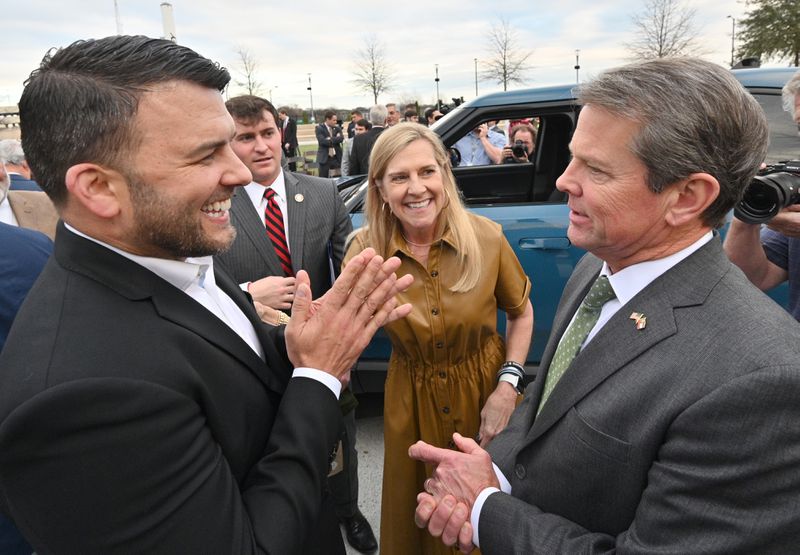 If it all goes according to plan, though, the Rivian plant could have a major economic impact on the rural communities along I-20 east of Atlanta and on the state’s economy.

Today, EVs make up just 2% of U.S. auto sales. That figure is expected to grow exponentially as fuel and emissions standards tighten and costs to build EVs drop. Ives estimates that the global EV market is worth $5 trillion and that Tesla will control half of it, but that Rivian will be a top three player.

Rivian was founded about a dozen years ago. It spent those years developing its flagship R1T pick, which was just named MotorTrend’s Truck of the Year, along with the R1S SUV.

Even following the recent investor selloff, Rivian’s stock market value hovered around $80 billion Friday. That is similar to Ford and GM, reflecting Wall Street bets that Rivian can own a significant slice of the EV pie.

The company is backed by Amazon, for which Rivian will produce delivery vans, and other blue-chip investors such as T. Rowe Price and Ford.

Cox Enterprises, owner of The Atlanta Journal-Constitution, owns a 4.7% stake in Rivian and supplies services to Rivian. Sandy Schwartz, a Cox executive who oversees the AJC, is on Rivian’s board of directors and holds stock personally. He does not take part in the AJC’s coverage of Rivian. Rivian plans to begin production in 2024 at the Georgia plant, where it expects to be able to manufacture up to 400,000 vehicles a year.

The company’s site, about 2,000 acres along I-20 between the towns of Social Circle and Rutledge in southern Walton and Morgan counties, is about an hour’s drive from Atlanta and can pull from the metro area’s talent pool to fill its 7,500 planned jobs.

High-dollar incentive packages are a common yet controversial currency in the recruitment of major manufacturing and other economic development projects. High-tech deals, like Wisconsin’s grand dreams for Foxconn a few years ago, don’t always succeed. Georgia is committing public resources on a startup likely to burn through billions of dollars in investor capital over the next several years. 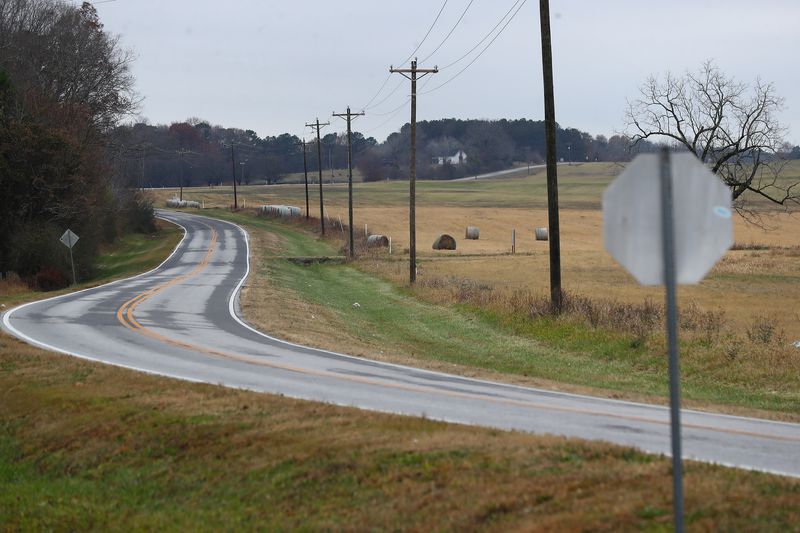 But Georgia leaders are hopeful the taxpayer support could help the state keep the brainpower of graduates of Georgia Tech and other research institutions from leaving and boost the economic fortunes of generations while developing rural stretches between Atlanta and Augusta.

“I believe this announcement is a pivotal moment for our state, one that will give countless hardworking Georgians the opportunity to succeed and achieve the American dream,” Gov. Brian Kemp said Thursday.

If the histories of Tesla and other EV startups are guides, Rivian will encounter bumps in the road on its way to mass production at its plants in Illinois and Georgia.

Tesla encountered costly and time-consuming manufacturing bottlenecks and quality-control issues with several of its models, including its popular Model 3 sport sedan and Model Y crossover. Some they continue to grapple with all these years later.

Rivian will have to learn the ropes of mass production all while Tesla expands its manufacturing capacity and other juggernauts are investing billions to bring new EVs to market.

In Texas, Tesla is racing to finish the $1 billion first phase of its Gigafactory near Austin, where it plans to build up to 500,000 Model Ys per year, according to tech publication Electrek. Tesla also plans to expand production to include its Cybertruck, Model 3 and Semi truck models, according to Electrek.

Tesla CEO Elon Musk said via Twitter on Thursday the Texas plant represents a $10 billion-plus long-term investment that will generate “at least” 20,000 jobs — an investment twice as big as the plant Rivian announced the same day it was building in Georgia.

Ford recently introduced an electric version of its best-selling F-150 pickup and GMC’s Hummer EV will be another competitor. Dozens of other electric sedans and crossovers are expected to be introduced in 2022 and beyond.

“Rivian has done a great job, as have other electrics, in coming out of nowhere and becoming potentially viable,” said John C. Taylor, a professor of supply chain management at Wayne State University in Michigan. “It’s a great story.

“Whether the consumer wants to buy those electric vehicles remains to be seen,” he said. 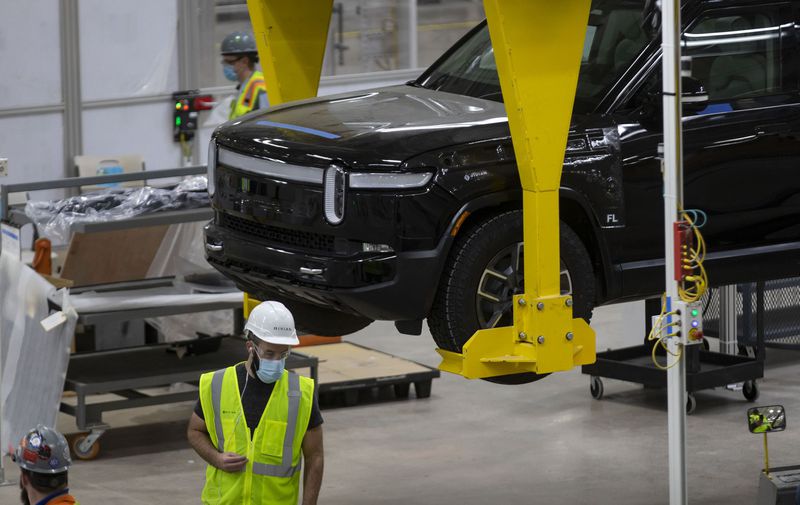 EV plant a different breed than other factories

States covet auto factories because they bring billions in investment, thousands of middle-class jobs and the likelihood of spinoff jobs from a network of suppliers.

Shane Short, the executive director of the joint development authority overseeing Stanton Springs, where Rivian will build, said suppliers are being discussed and it’s why Rivian needed so much property.

But Rivian likely will draw fewer suppliers and buy less equipment from Georgia’s existing base of parts companies than conventional manufacturers.

The company’s projected 7,500 jobs between its EV assembly and battery plant in Georgia is higher than a plant for gas-powered vehicles. That’s in large part because Rivian, like Tesla, will produce more of its vehicles’ components itself.

The jobs multiplier likely won’t be quite as great as Kia, which attracted dozens of suppliers that created thousands of spinoff jobs across Georgia after it announced its factory in West Point 15 years ago.

Rivian’s battery operations could involve a joint venture with Samsung, an existing supplier, according to two people with knowledge of the matter. That could potentially sideline Rivian’s future Georgia neighbor, SK Innovation. Battery packs typically are the most expensive EV components.

“Whoever controls the value of that battery probably controls the (profit) margin,” said Brett Smith, director of technology at the Center for Automotive Research in Michigan.

Automotive manufacturing jobs have only grown in technical sophistication over the decades. And that’s increasingly true of EV assembly. Officials did not outline compensation for jobs at the future factory, but Rivian Chief People Officer Helen Russell said the company offers competitive pay and benefits and stock.

“We expect to recruit from the entire region, including heavily from technical training programs at community and technical colleges,” he said. “We look forward to building relationships with Georgia’s universities considering the strong engineering programs in close proximity.” 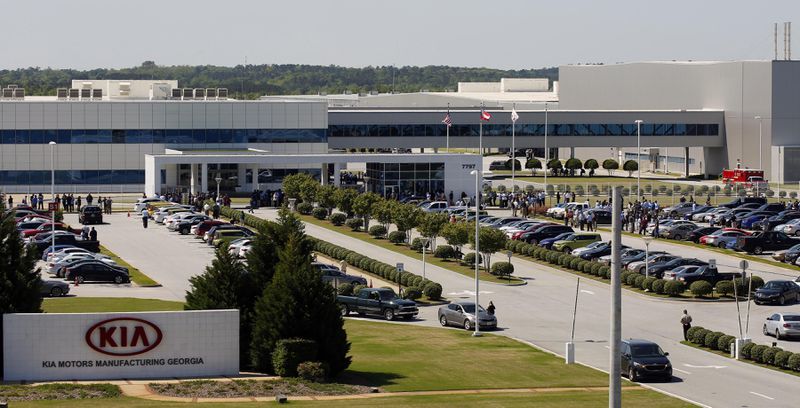 Manufacturing employment has been remarkably consistent in Georgia in recent years. The nearly 400,000 manufacturing jobs statewide made up about 8.6% of total jobs in Georgia as of October, about the same rate as a decade ago, according to the U.S. Bureau of Labor Statistics.

But many employers are struggling to find workers to fill job openings. Georgia’s unemployment rate hit a historic low of 2.8% in November, and the unemployment rate of the 12-county region surrounding the future Rivian plant was a scant 2.1% as of October, state labor data show.

Still, many look to Kia and growth in the greater LaGrange and West Point area near the Alabama border as an example of the growth the I-20 corridor could see from Rivian.

Kia began producing vehicles in West Point in 2009. A dozen years later, the area is still grappling with the growth spurt that came with it, said LaGrange Mayor Jim Thornton.

LaGrange issued a $30 million bond earlier this year to finance upgrades to its water and sewer systems because of an expanding population.

When Kia first opened, many workers commuted from long distances, Thornton said. Many have since moved to Troup County.

“The commute gets tiresome, and you see some of those families look to relocate here,” he said.

But Kia still draws workers from outside Troup County. Most of its employees live near I-85, stretching from Newnan to Auburn, Alabama, Thornton said.

Short, the local development official who helped recruit Rivian, thinks the change will be manageable.

During a tour of the site in October, Rivian CEO RJ Scaringe discussed ways to preserve as much of the 2,000 acres as possible and to protect wetlands.

“The company itself is very concerned about the environment,” Short said.