From Seth Rogen to Jay-Z: Stars Crowd Into the Expanding Weed Market

“If you’re smart enough, you get in,” says Snoop Dogg of the rush to use celebrity stoner cred to jump-start marijuana brands as sales climb and more states legalize cannabis.

Hollywood and marijuana long have been inextricably linked, from Cheech & Chong establishing the stoner comedy genre with 1978’s Up in Smoke to beloved weed-based hits like The Big Lebowski, Harold & Kumar Go to White Castle and Pineapple Express. In recent years, though, Hollywood’s involvement with marijuana has transitioned offscreen and into business, with celebrities launching their own cannabis lines and companies. Seth Rogen, Jay-Z, Jim Belushi, Snoop Dogg, Willie Nelson, Wiz Khalifa, Bella Thorne, Jaleel White and Melissa Etheridge are just a sampling of the famous figures who have gotten into the cannabis industry since 2012, when Washington and Colorado became the first states to legalize recreational use.

“If you’re smart enough, you get in, you know how to take your celebrity and create a real business for yourself,” Snoop Dogg says of the booming industry and his brand, Leafs by Snoop. “Especially the ones like myself, who have been an advocate and pushing for it, been going to jail for it, been standing up on top of it before it was cool, before it was fashionable. Now, to be able to profit off of my losses, my criminal records, things that may have had a bad rap on me, we can clean it up by doing good business in the same field.” 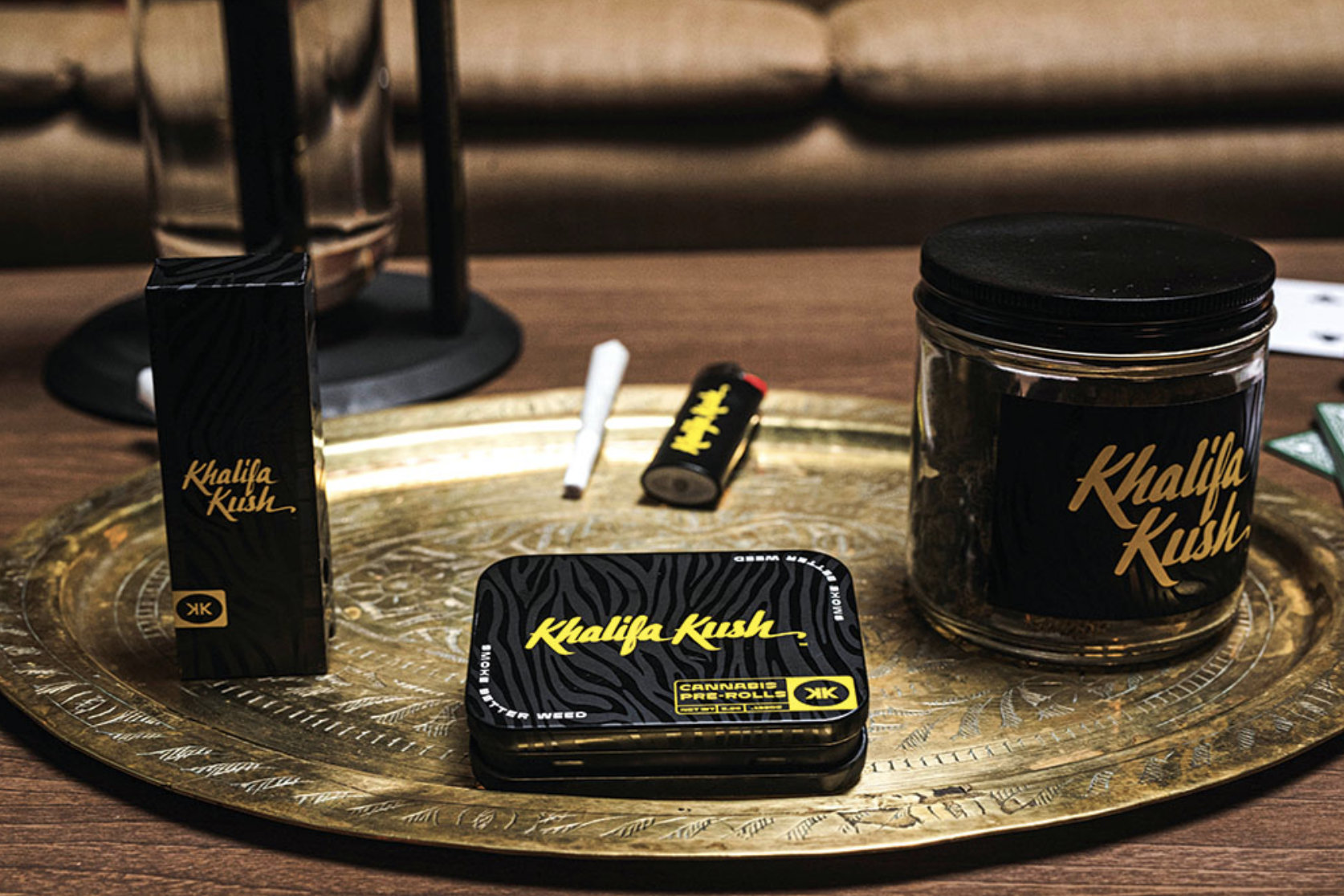 “It’s like being part of a gold rush,” says Tommy Chong, who after becoming one of the founding fathers of weed, is preparing to take his company, Tommy Chong’s Cannabis, public. “People are throwing money at us, literally. It’s like Field of Dreams. Build it and they will come.”

Some of the biggest builders in the space have been Snoop Dogg, who, along with his own line, runs investment fund Casa Verde Capital, reportedly worth upwards of $200 million with its portfolio of cannabis companies; Belushi, who grows and sells his Belushi’s Farm products from 100 acres in Oregon; Jay-Z’s Monogram, whose team spent nearly two years cultivating the high-end product; and Wiz Khalifa’s Khalifa Kush, which has a full line of flower, pre-rolls, vapes and edibles and partnered with Gage Growth Corp. in July to launch a line of premium cannabis products in Michigan as its first expansion into the Midwest. Rogen’s Houseplant, which the actor launched with partner Evan Goldberg in March, has become a major player as well, selling out of its flower and weed accessory products within hours of launch.

Ryan Jennemann, CEO of L.A.-based craft flower cultivator THC Design — which provides product for Houseplant and Method Man’s Tical brand — claims Rogen has the potential to helm the biggest star-owned brand in the market, and not just because of the star’s deep personal investment (“Each flower has to go to Seth and Evan for them to personally smoke and give the OK,” says Jennemann). While the cannabis market is dominated by corporations, and celebrity brands make up “a very, very, very small percentage of cannabis sales,” says Jennemann, that could change if cannabis is legalized at the federal level. (Senate Majority Leader Chuck Schumer has said that ending cannabis prohibition is a priority this year.)

With a brand like Houseplant, says Jennemann, “[consumers] know who you are in Florida, they know who you are in New York,” so if and when producers are able to ship over state lines, “people are going to be comfortable with a name they recognize when they’re buying cannabis for the first time.”

Another big change coming to the industry: the user base. While marijuana historically has been dominated by men as both buyers and sellers, women increasingly are consumers in the space. Cannabis data company Headset found that Gen Z females represented the largest growth demographic of users from 2019 to 2020, expanding 151 percent. Millennial women also were up 51 percent, creating a clientele that Chelsea Handler is hoping to serve when her cannabis company launches at year’s end.

“My intention is to embolden and empower women to use cannabis the same way that men do. They don’t own this drug,” says Handler, who has become a vocal marijuana user in recent years and has done special-edition collaborations timed to the presidential inauguration and her HBO Max special. She and business partner Allison Azoff Statter are building a female-fronted venture, from supplier to CEO, aimed at first-time female users and with the message, Handler says, of “‘Hey, we’ve got something for you, you’re safe with us, and we’re going to explain it all to you.’ I want women to know that they can trust me and that I’m going to show them the way.” 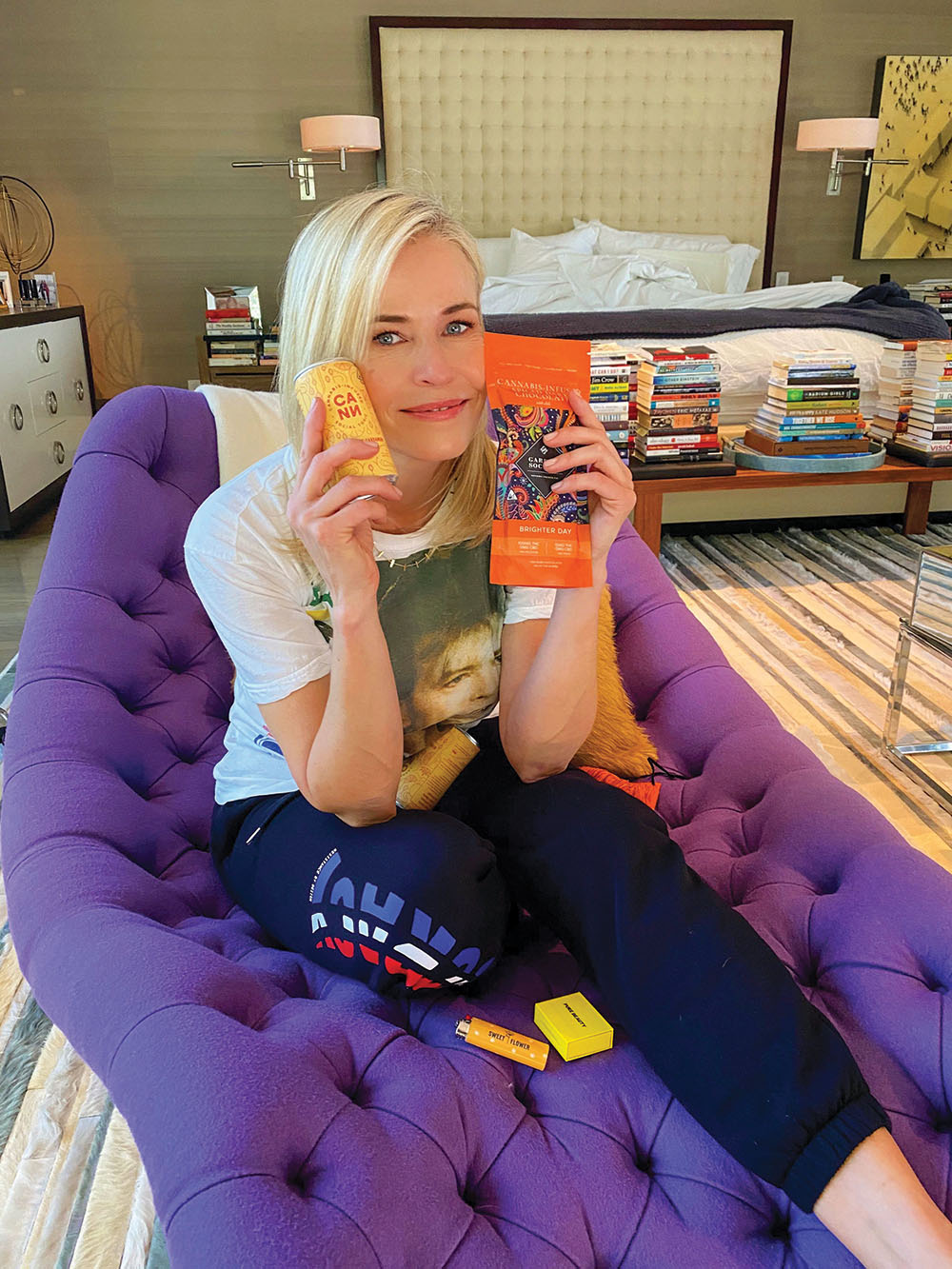 Adds Statter, “We want to be a cannabis brand in the market that is reliable, that’s trustworthy and that everyone feels they can be a part of without being intimidated by it.”

Kate Hudson, Gwyneth Paltrow and Rebel Wilson also have dabbled in the industry as investors in cannabis-infused tonic Cann as part of the female shift. “I feel like this is such an untapped market,” says fellow Cann investor Sara Foster. “I don’t smoke weed, and I don’t vape, but I love the feeling of being mildly buzzed.”

And the celebrity cannabis space, already quite full, is sure to expand. Jennemann says that over the past year and a half, he’s been contacted by at least one new Hollywood figure a week who wants to get into the business.

“Years ago, celebrities wanted their own wineries, and now it seems like they want their cannabis brands,” he says, adding that with “everyone flocking in, I do think it’ll become oversupplied and there’s just a few that will rise to the top.”

One thing that is clear: Having quality product with an authentic voice behind it separates the winners from the losers.

“We’ve been so marginalized for so long that I think there is a lot of healthy skepticism about marketing and hype,” says David Bienenstock, author of How to Smoke Pot (Properly) and co-host of the podcast Great Moments in Weed History. “The only celebrity brands that will be successful are going to have to start with somebody who has real, actual credibility to the people who buy cannabis. If you’re a celebrity who has 10 million Instagram followers, you can get a lot of attention, but if you don’t have the respect of the community, that’s not a recipe for success.”