A variety of wellness destinations are opening around L.A., providing everything from vitamin drips to ‘air pressure pants’: “You cannot go wrong if you add a recovery protocol to your curriculum.”

From cryo chambers and float tanks to infrared saunas and old-fashioned naps, you cannot go wrong if you add a recovery protocol to your curriculum,” says trainer-to-stars Gunnar Peterson, whose current roster includes Charlize Theron and Rebel Wilson. And while foam rollers are one of the most effective and affordable ways to ease bound-up muscles, there are a handful of spots around L.A. that promise to do the same with fancier approaches.

Opened in late 2019, Remedy Place is L.A.’s first wellness social club, offering all-access memberships ($2,500 a month) as well as one-off treatments, such as the new Watch & Drip IV (while watching movies in a soundproof glass atrium, from $189). The Sunset Strip spot is where the lead in a 2021 blockbuster prepped for a cover shoot with a full day of remedies and where a three-time Olympic gold medalist used hyperbaric oxygen chambers ($160 an hour) to cut down his recovery time after surgery — while also tapping into what was happening inside his body via custom guided meditation. Created by Dr. Jonathan Leary, the destination has drawn the likes of Nina Dobrev and Lana Condor for alternative holistic medicine, chiropractic movement ($200), cupping ($160) and NAD+ and vitamin drips meant to optimize mental and physical health. Remedy Place also claims to have the world’s first commercially available Breathwork Ice Bath Studio, with three tubs for an experience designed to be undertaken with friends ($50 for 30 minutes).

West Hollywood’s Unbreakable Performance Center — where Chris Pratt, Demi Lovato and Wiz Khalifa train (8225 W. Sunset Blvd.) — also relies heavily on tech, specifically the $135,000 cold laser that, according to owner Jay Glazer, “breaks up scar tissue and inflammation 6 inches deep. It’s been a complete game-changer. We’ve been able to get performers back onstage with it after everything from broken toes to high ankle sprains.” Normatec — which celebrity trainer Magnus Lygdbäck describes as “kind of air pressure pants that massage you and help you get rid of lactic acid” — also is used by Unbreakable members after each workout. (Normatec and the cold laser are included in the comprehensive executive membership, $1,750 a month, which also covers daily personal training, kickboxing, boxing and recovery, plus optional 15-minute gratis sessions with the on-site mental health therapist.) 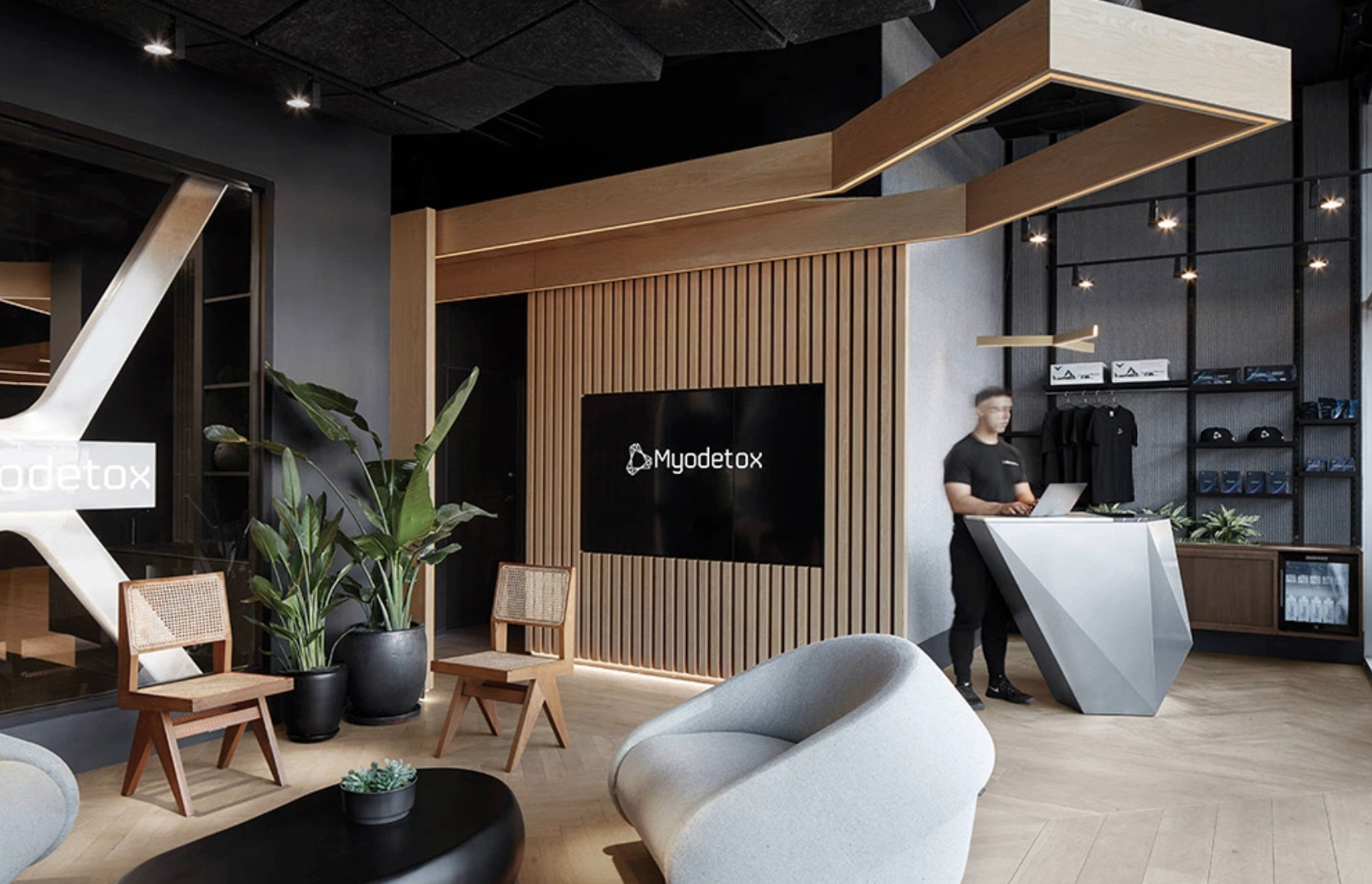 Billing itself as a wellness studio, Pause opened its second recovery mecca in West Hollywood this spring (the first is in Venice Beach). It includes a private suite for hot-cold therapy with a sauna and cold plunge ($95 an hour) and offers cryotherapy ($40) and IV vitamin drips (from $139), while on-site naturopathic doctor Charles Tabone coordinates treatment plans. Kristen Bell, Mandy Moore and Sophia Bush are clients of Pause, which claims the largest and most technologically advanced float tanks on the market ($69 an hour). Featuring light, audio and a luxurious amount of space, the futuristic-looking pods have 10 inches of body-temperature water infused with 1,000 pounds of Epsom salts in which users float in a buoyant state that is said to drop cortisol levels and encourage recovery of muscles, connective tissues and joints. 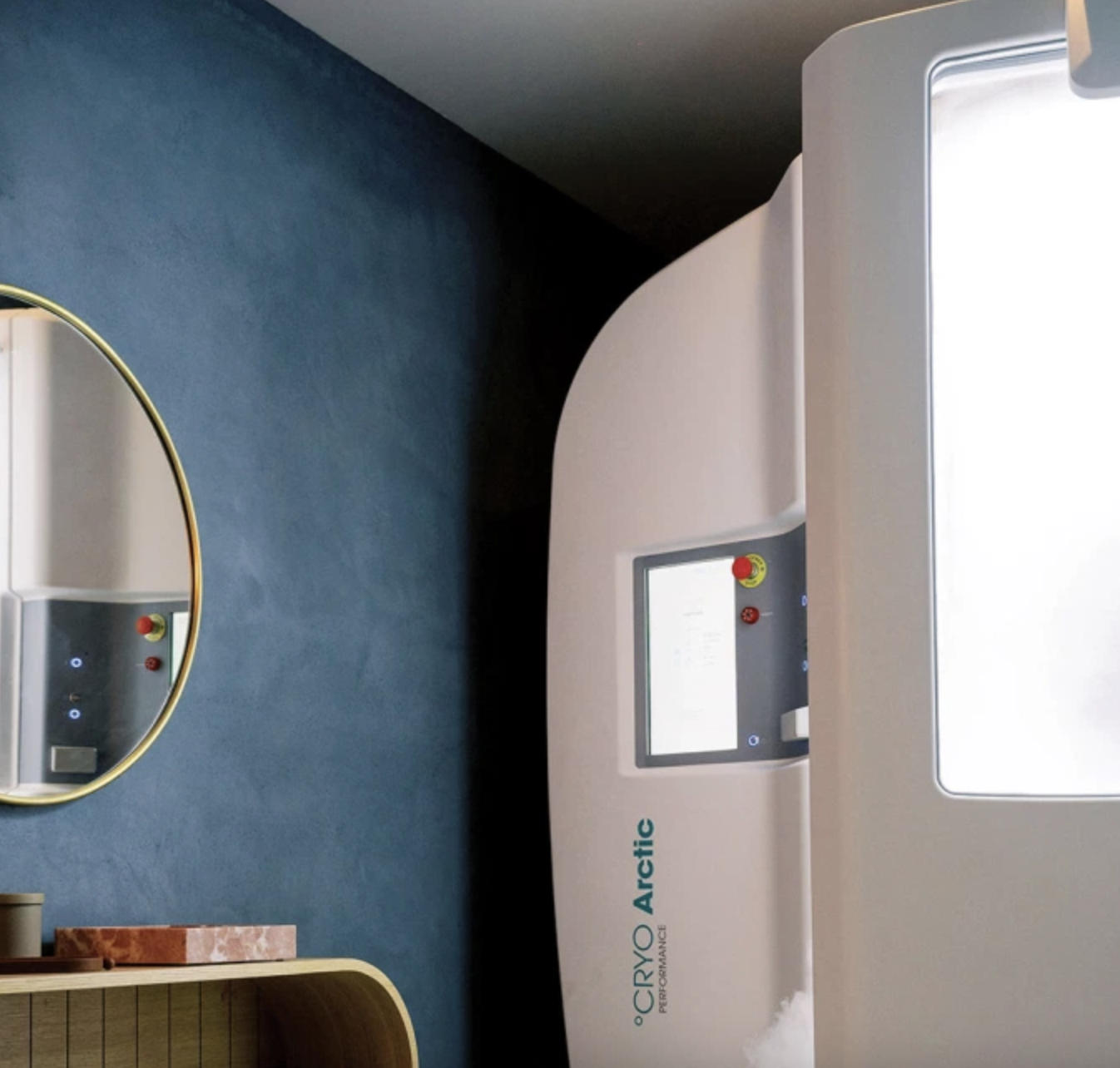 “I’ve been obsessed with float tanks since 2013,” says trainer Eric Johnson (Scarlett Johansson, Andrew Garfield), who calls the saltwater pods “a great escape and an isolated time to think, meditate and integrate the diaphragmatic breathing we are always preaching.” He’s also a fan of saunas, such as the infrared ones at Remedy Place and Pause, which Johnson says offer excellent detoxification benefits (whereas regular saunas are best for cardiovascular adaptation). “The benefit of a 20-minute sauna session is magical, from expressing heat shock proteins to improving physical fitness and athletic performance by increasing endurance and promoting muscle mass, especially when we pair it up with training,” says Johnson, who loves Higher Dose spa in NYC for the environment they’ve created. “I can’t preach the greatness of sauna enough.”

Another new spot is Artha, an invite-only, membership-based wellness sanctuary on the Sunset Strip (starting at $125/month, 8873 Sunset Blvd.), where the offerings include cryotherapy, infrared sauna, flotation, massage and yoga classes.

The idea of recovery is a bit ephemeral though, points out Lygdbäck, since there’s not much hard proof. “When it comes to spas with everything from vitamin infusions to sound baths, infrared saunas and cold baths, I love it, but more for the mental aspect. If you think it works for you, you should do it,” he adds. “That’s the biggest takeaway.”

Johnson, who likes experimenting with different modalities to find those with the best return on time and investment for each specific individual, is a proponent of wearable fitness trackers — “Whoop is my hands-down favorite” — that provide insights into the recovery process through heart rate, HRV (heart rate variability) and sleep metrics.

Celebrity trainers also recommend a number of at-home recovery suggestions. Cheribundi tart cherry juice is a go-to for trainer Ben Bruno (Chelsea Handler, Kate Upton), who calls it “a really good way to minimize soreness and inflammation so you’re fresher for the start of your next workout.” And Halle Berry’s trainer Peter Lee Thomas swears by Purium’s Joint-Flexsupplement, especially for those taking on action film roles. Topical CBD creams, like Papa & Barkley Releaf Balm and Flexpower’s Soothe Scent-Free Pain Relief Lotion (with arnica), are popular as well. Thomas also advocates cold showers (and ice plunges). “Doing this daily has tremendously helped me with my inflammation and soreness,” he says.

And many trainers call percussive massagers like Theragun and Hyperice their favorite recovery tools. Lygdbäck, who preps Gal Gadot, Alicia Vikander and Ben Affleck for action-packed roles, uses Theragun with most clients. Adds Peterson, “Without my Theragun session, I’d be at 75 percent in the gym, and that’s a C in school — I’m better than that.”

“Hollywood knows how important recovery is — they are right there with the elite athletes in terms of bodywork regimens, handheld percussive devices, IVs, topical CBD gels, WAFFs [inflatable fitness tools], acupuncture and reflexology,” adds Peterson, who uses a Theragun after every workout and before bed, especially on his feet and lower back.

But no machine can replace the touch of trained professionals. “For recovery modalities, the best option is always hands-on bodywork,” says Bruno. It’s “imperative,” says Johnson, “to have a manual therapist — whether a physical therapist or chiropractor — who understands functional movement on our team. It’s a game-changer in recovery and ensuring we are moving toward our goals.”

Lastly, “the importance of nutrition and sleep cannot be overstated,” says Bruno. “They are the lowest hanging fruit.” Adds Lygdbäck: “Another thing I love for recovery, which is so underrated, is to do absolutely nothing. Active recovery is very popular now, but lay on the couch, don’t move around and just watch a good movie.”