Ford submitted the Mustang Mach-E EV to the Michigan State Police for evaluation as a police vehicle.

AFord Proelectric police pilot vehicle based on theFord Mustang Mach-Ehas passed rigorous Michigan State Police testing, the first battery-electric vehicle to do so. There’s no word yet if this means the Mustang Mach-E will roll into the police fleet. Ford also has yet to mention the differences between the Mustang Mach-E that Ford sent in for police work and the standard-issue Mach-E. Results of the 2022 round of testing, which took place September 18 and 20, will be published in detail later this fall, Ford said.

TheMustang Mach-Eis Ford’s first jump into a mass-market EV, which means it was only a matter of time before it was considered for use in a police force. Ford recently debuted a police-ready variant of the Mustang Mach-Ein the U.K., so it probably isn’t a surprise that state police in the U.S. are also pursuing the idea. It’s perhaps even less surprising that the folks testing Ford’s latest are the Michigan State Police. 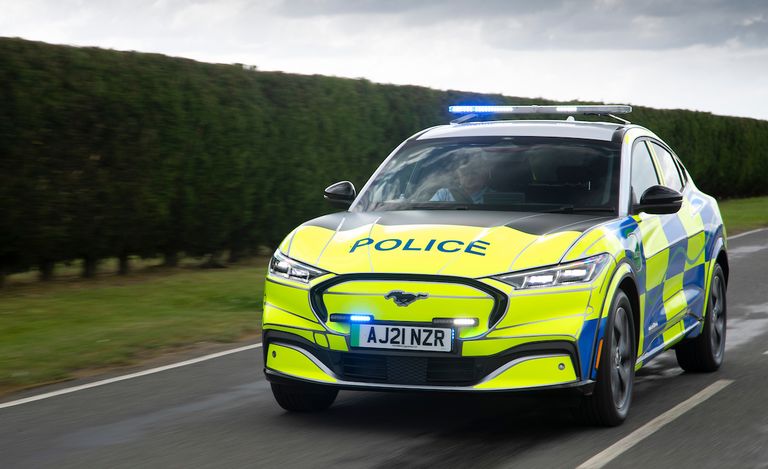 As companies begin to bow out of internal-combustion-engine development, it is probably only a matter of time before EVs become common on your local streets. That also means police departments can be expected to switch to electric power, although that may happen slowly.