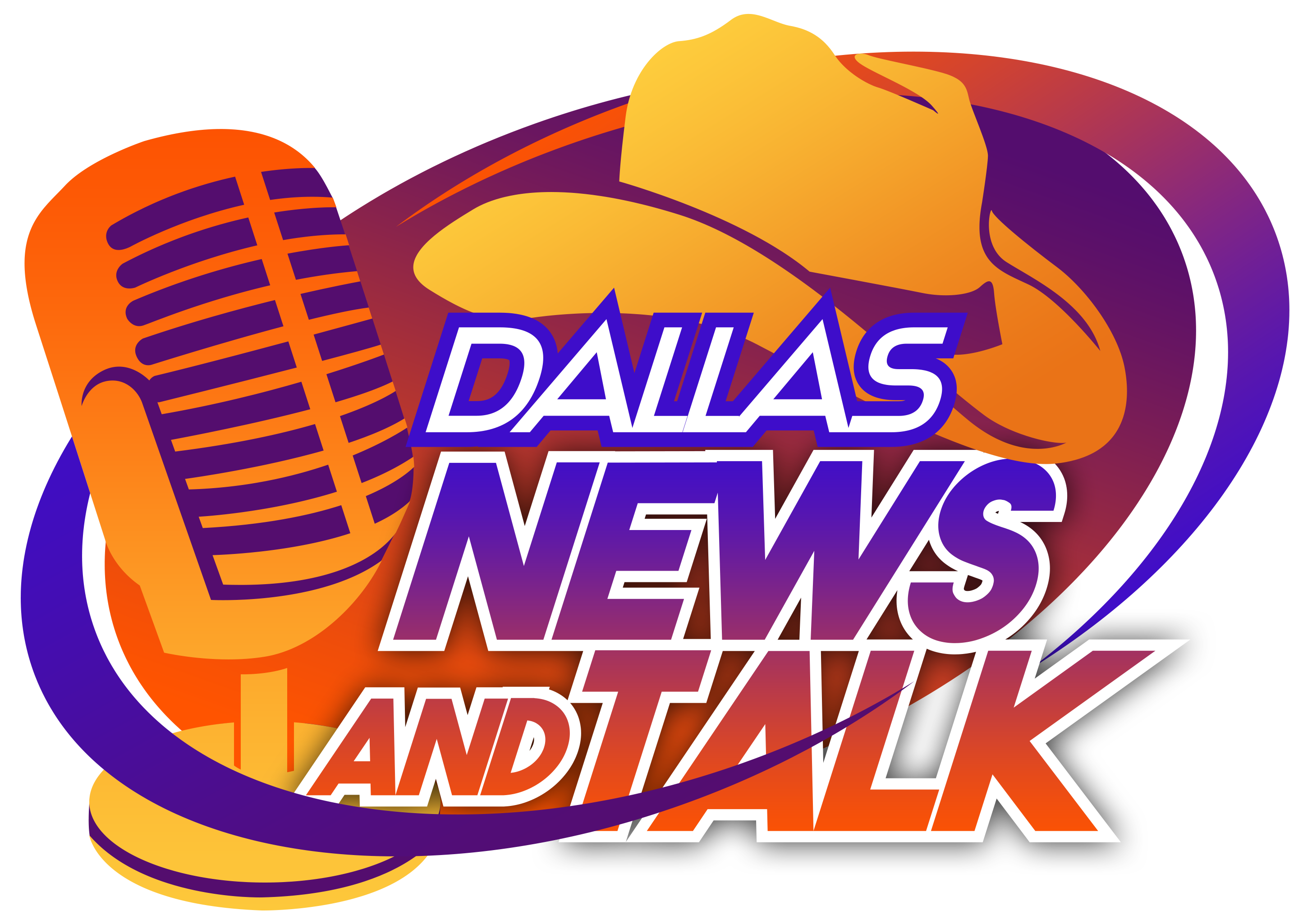 A Black high school principal from Texas, recently embroiled in controversy after being ordered to remove a social media photo of himself kissing his white wife, was suspended this week without explanation.

The Washington Post reported that Colleyville Heritage High School Principal James Whitfield has been widely accused of teaching critical race theory and promoting the idea “of systemic racism,” according to parents who have complained for months to the local school board.

Whitfield denies that he has ever promoted critical race theory at his school and said he believes he is being racially targeted.

“There’s no credence to the CRT claims,” he told the Post. “This group that has spoken out against me has a problem with inclusivity, with embracing diversity and with providing equitable experiences for all students.”

The national debate over critical race theory and its teaching in public schools and colleges has exploded as a major cultural issue in recent months, with conservatives decrying the curriculum as un-American. It was first developed during the 1970s and 1980s as a way of exposing the roots of systemic racism throughout all aspects of society.

The Dallas-area community where Whitfield is employed has become deeply divided over the issue since a heated school board meeting in late July, where some parents demanded that he be fired, according to KXAS-TV, the NBC affiliate in Fort Worth.

Students at the school have eagerly come to Whitfield’s defense.

Superintendent Robin Ryan announced Whitfield’s suspension Monday in an email to parents but did not provide any reason for the decision, the Post reported.

Whitfield, who is the first Black principal at Colleyville Heritage High School, told the Post that he has been “placed on paid administrative leave.”

“I was not given any clear reasoning behind the decision and was not given a timetable regarding further steps,” Whitfield said in a Facebook message, according to the Post. “I was simply told that it was in the best interest of the district.”

After the July 26 school board meeting where Whitfield was accused, at least one parent reached out to the district to complain about the Facebook photo of Whitfield embracing his wife, Kerrie, on their 10-year wedding anniversary.

A Grapevine-Colleyville school district official reportedly sent an email to Whitfield, calling the photo inappropriate and ordered him to take it down so that it would not “stir up stuff.”

“They said, ‘Could you take it down? Can you take this picture down? Can you hide it?’ and I asked, ‘Why? What’s wrong with the picture?’ It was, ‘Hey, I am trying to avoid any conflict,’” Whitfield said, according to KXAS. “I wish I had the conviction to say, ‘No, I’m not going to take it down — that’s a picture of me and my wife kissing on the beach. There’s no reason for me to take this photo down,’” he told the station.

In a lengthy Facebook post July 31, Whitfield called the situation “bigoted” and “racist” and said he felt he was being singled out for being in an interracial relationship, the station reported. 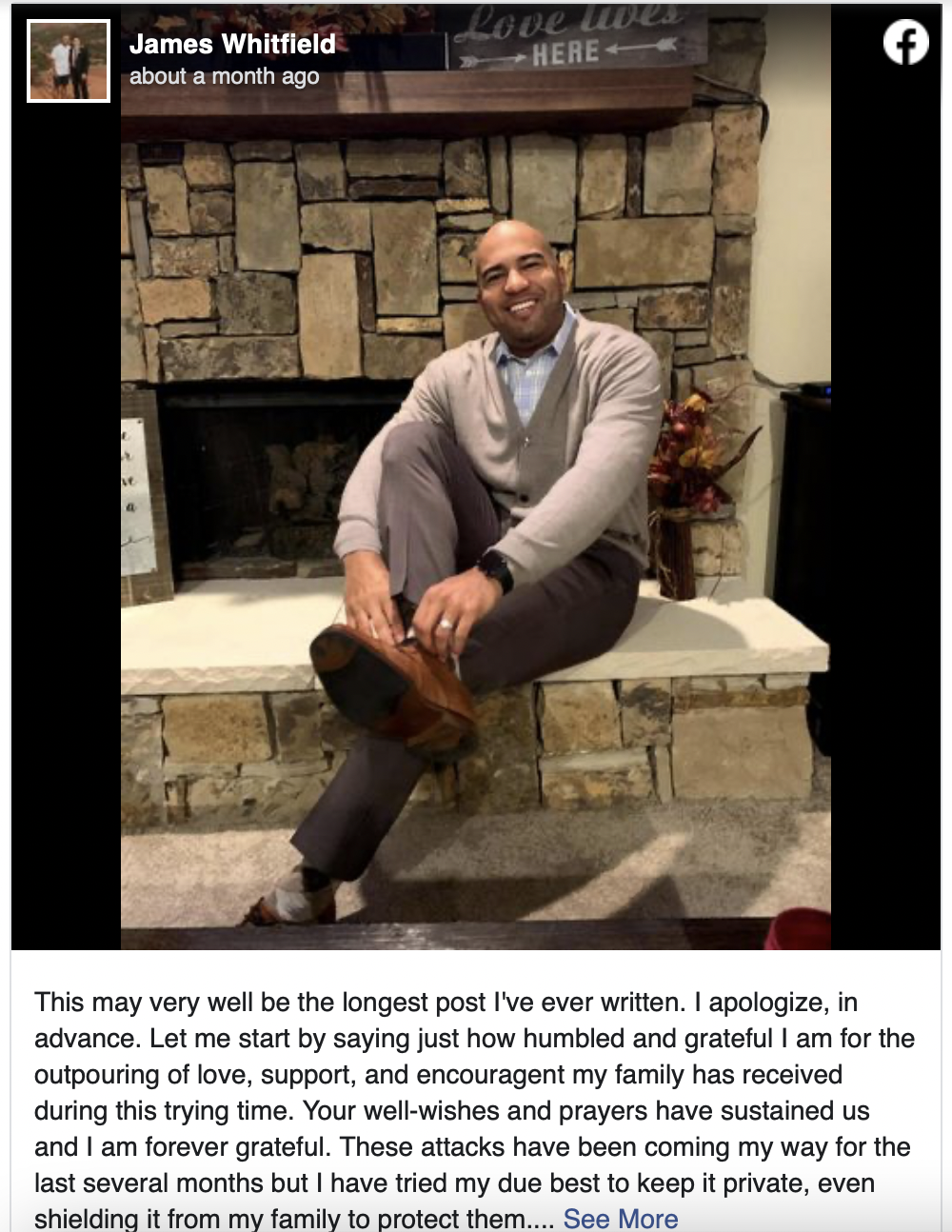 “I look at the picture, and I look at the words above it, and it says, ‘Is this the Dr. Whitfield we want leading our schools?’ I showed it to my wife, who immediately begins to well up with tears,” Whitfield told KXAS.

In a statement to KXAS, the school district denied that racism was a factor in its demand for Whitfield to remove the photograph.

“It had absolutely nothing to do with race,” the statement read. “As a new campus principal, we wanted to provide a smooth transition for Dr. Whitfield to Heritage Middle School, which is why we advised him of the concern and made a request for the photos to be taken down from Facebook.”

Whitfield, however, maintained that the issue was sparked by the color of his skin.

“I can no longer maintain my silence in the face of this hate, intolerance, racism, and bigotry,” he said in the Facebook post. “I am not the CRT (Critical Race Theory) Boogeyman. I am the first African American to assume the role of Principal at my current school in its 25-year history, and I am keenly aware of how much fear this strikes in the hearts of a small minority who would much rather things go back to the way they used to be.”