The first six selected include the creators behind the “Woah,” “Savage” and “Up” dances.

The first six dancers are Keara Wilson, creator of the “Savage” dance; Shayné and Zhané Stanley, known as the Nae Nae Twins and creators of the “Savage Remix” dance; Young Deji, creator of “The Woah“; Mya Johnson and Chris Cotter, creators of the “Up” dance; Fullout Cortland, the choreographer behind Doja Cat’s 2020 Billboard Music Awards performance; and Chloe Arnold, choreographer of “Salute a Legend” for Syncopated Ladies.

The dancers, who were surprised with the news Wednesday evening at a dinner hosted by Logitech and the JaQuel Knight Foundation, also received preliminary labanotations — a score that documents human movement through symbols in specific patterns — of their dances. Meridith Rojas, the global head of creator and entertainment marketing at Logitech, told The Hollywood Reporter that the final labanotations, which must be submitted with the dancers’ applications to the U.S. Copyright Office, will be completed in six to eight weeks. From there, it could take another six to eight weeks for the governmental agency to review the applications. 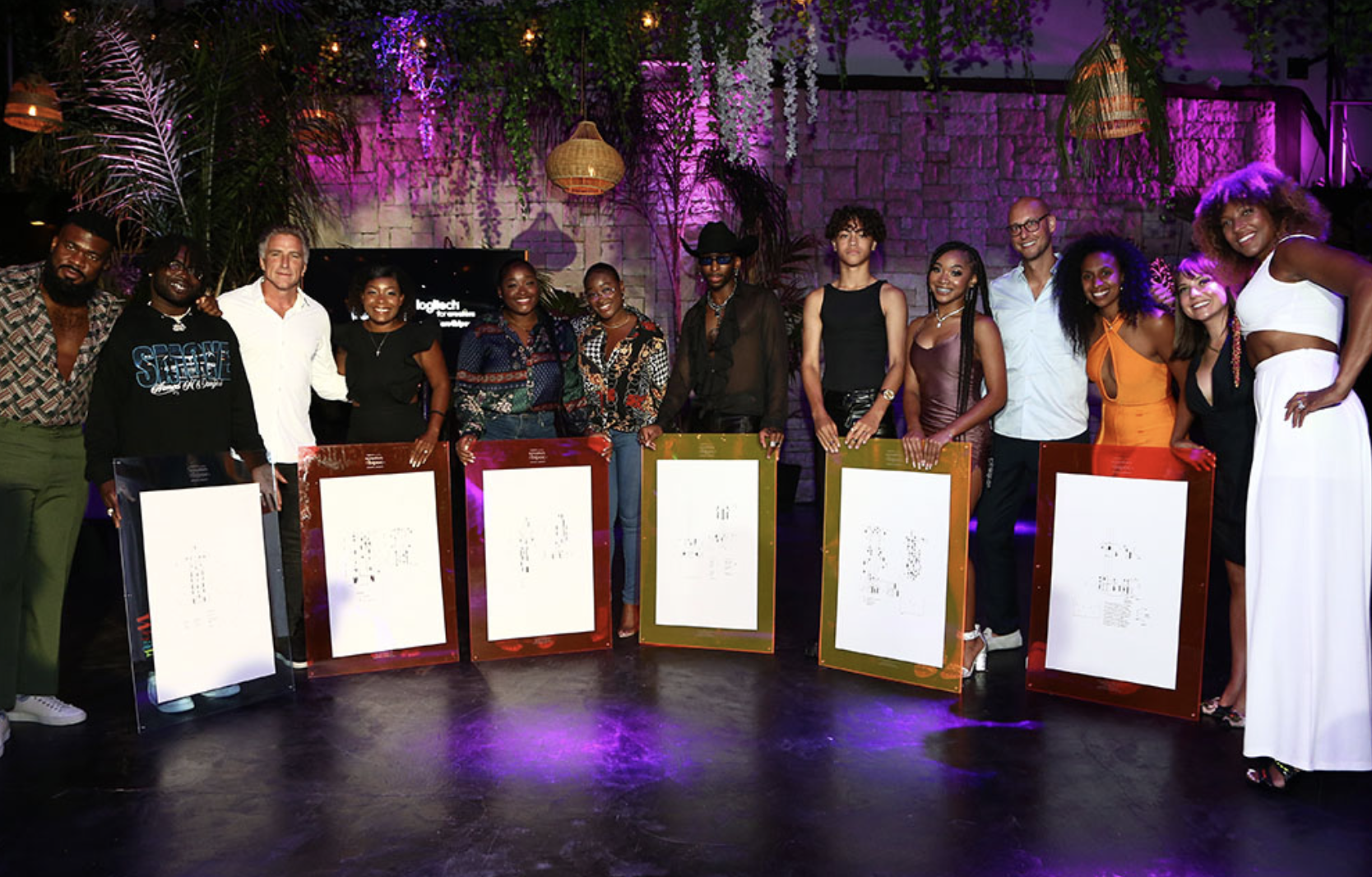 The move to copyright these dances come as Black TikTok creators have engaged in a “strike”to call attention to how they are often not credited for their creations of viral trends and dances on the app.

In a recent interview with THR, Knight — who choreographed the dances to “Single Ladies,” “Formation” and “WAP,” among many others — acknowledged that copyright for dance is “extremely complicated” and must focus on a sequence of movements, rather than a singular move. But the act of copyrighting highly popular and successful dances is meant to help protect dancers and help them ensure they can monetize their dances — especially when major corporations and other commercial players want to capitalize on a creator’s original dance.

Knight said he wants to ensure that popular dances get compensated and recognized in the same way that viral hit songs do.

“We’re seeing the dance being the main character, and in the end, the dance is not getting compensated how the other supporting characters or the background actors are,” he said. “It’s all about starting to treat and respect the choreography in the same way that we’re respecting the music.”

As part of the partnership, Logitech is also funding a short film — led by Knight’s J.K. Creatives Inc., Mary Pelloni and Rojas from Logitech for Creators — that will document a group of creatives as they seek copyrights for their work, as well as share Knight’s journey last year toward copyrighting his choreography for “Single Ladies (Put a Ring on It).”

“We are here to empower creators to share their stories and JaQuel’s story needs to be heard,” Rojas said in a statement. “We share JaQuel’s mission of driving change and conversation about creative copyright, and we’re taking steps to support this monumental work. This is not a film about dance, it’s a film about change, justice and fighting for creator rights.”