The pop star took to Instagram on Friday to share a lengthy message beside the quote: “Never forget who ignored you when you needed them and who helped you before you even had to ask.”

Britney Spears on Friday called out the people closest to her who have failed to show support during the pop star’s conservatorship battle, yet have posted about her situation.

The lengthy message continued, “How dare the people you love the most say anything at all … did they even put a hand out to even lift me up at the TIME !!!??? How dare you make it public that NOW you CARE … did you put your hand out when I was drowning ????”

The singer did not identify any names. Her lengthy message appeared beside the quote: “Never forget who ignored you when you needed them and who helped you before you even had to ask.”

Earlier this week, Spears gained permission from L.A. Superior Court Judge Brenda Penny to appoint her chosen attorney, Mathew Rosengart. In Wednesday’s hearing, Spears asked again for her father Jamie, who controls much of her finances and communications, to be removed from her conservatorship.

Spears, who is reasonably active on Instagram, thanked her fans for support earlier this week following the latest update in her case. She used the hashtag “#freebritney,” which was adopted by her fans and supporters long ago.

Three weeks ago was the first time Spears publicly addressed the conservatorship in any detail, giving an emotional plea for it to come to an end after thirteen years. 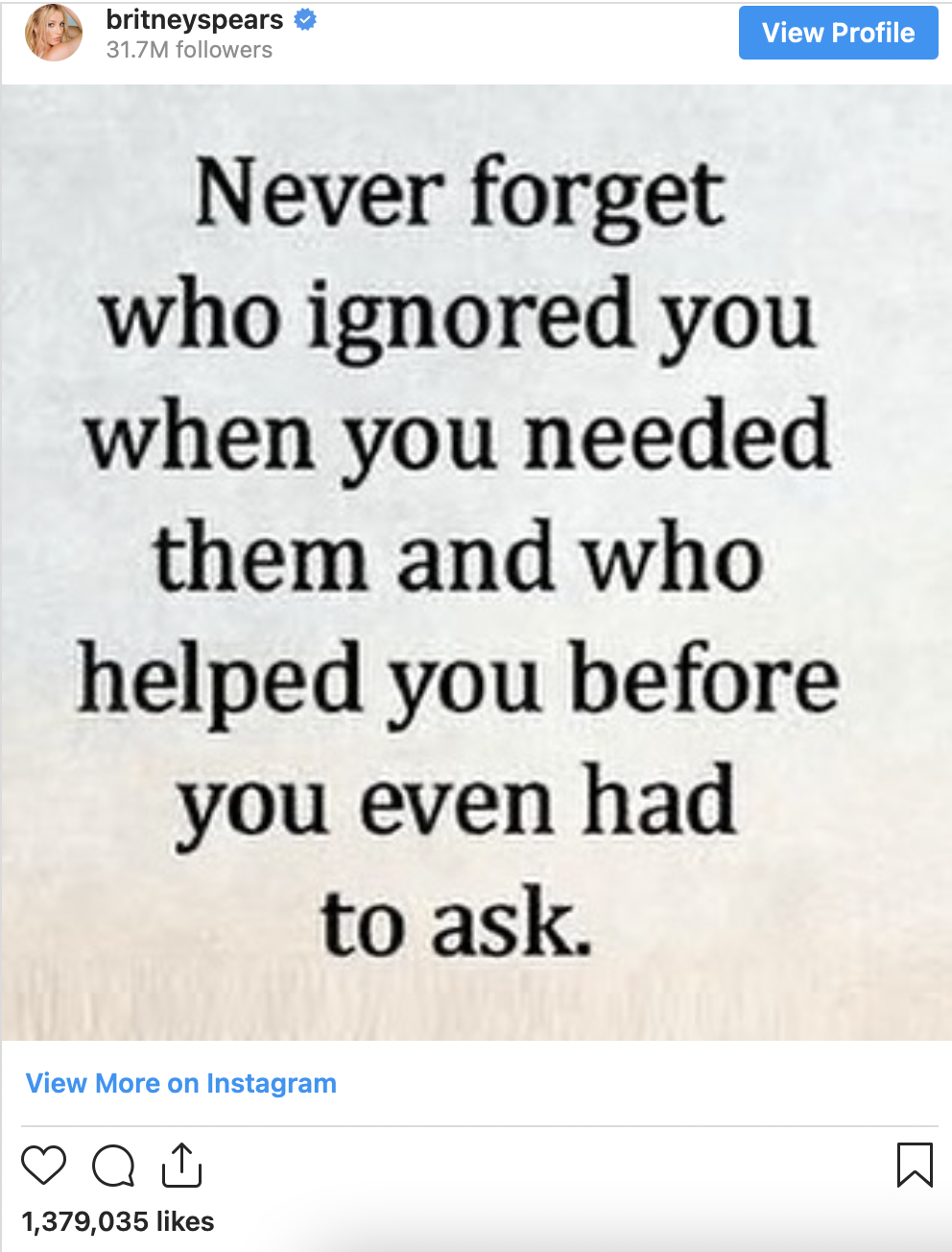