The reality show fan favorite bought the grand five-bedroom house (built in 1926) for $9.4 million a decade ago.

When Netflix’s Bling Empire — best described as a real-life version of Crazy Rich Asians — first hit airwaves in January, the reality series became an instant hit and likely future cult classic. Much of that success is due to runaway fan favorite Anna Shay, the enigmatic cast member who stole every scene with her dry wit and deadpan delivery. Shay will return for the upcoming Bling Empire season two, but not coming along for the ride is the show’s other breakout star — the billionaire heiress and socialite’s century-old Sunset Boulevard mansion. That’s because the property has just sold for $13.9 million after being initially listed with a $16 million ask last year.

Per records, the discount buyer is Daniel Bohbot, a Moroccan-born fashion designer and longtime Beverly Hills resident. Bohbot, 52, also owns a second 90210 house elsewhere on Sunset Boulevard, this one a boxy, decidedly contemporary affair that’s as architecturally divergent from Shay’s classic Spanish Revival estate as apples differ from grilled cheese. No word yet on what he plans to do with his new real estate holding.

On Bling Empire, Shay’s house served as a setting for several of the show’s most memorable moments, including a grand dinner party where the hostess pointedly moved the seating card of her arch-nemesis — nouveau riche socialite Christine Chiu — from near the head of the table to its very end, far away from the favored members of Shay’s squad. (Yes, it’s a very one-percenter sort of slight.) Later came the infamous penis pump incident, which occurred when two of Shay’s nosy guests threw a “plumbing apparatus” from her home’s second-floor bathroom window, onto the grassy lawn below. 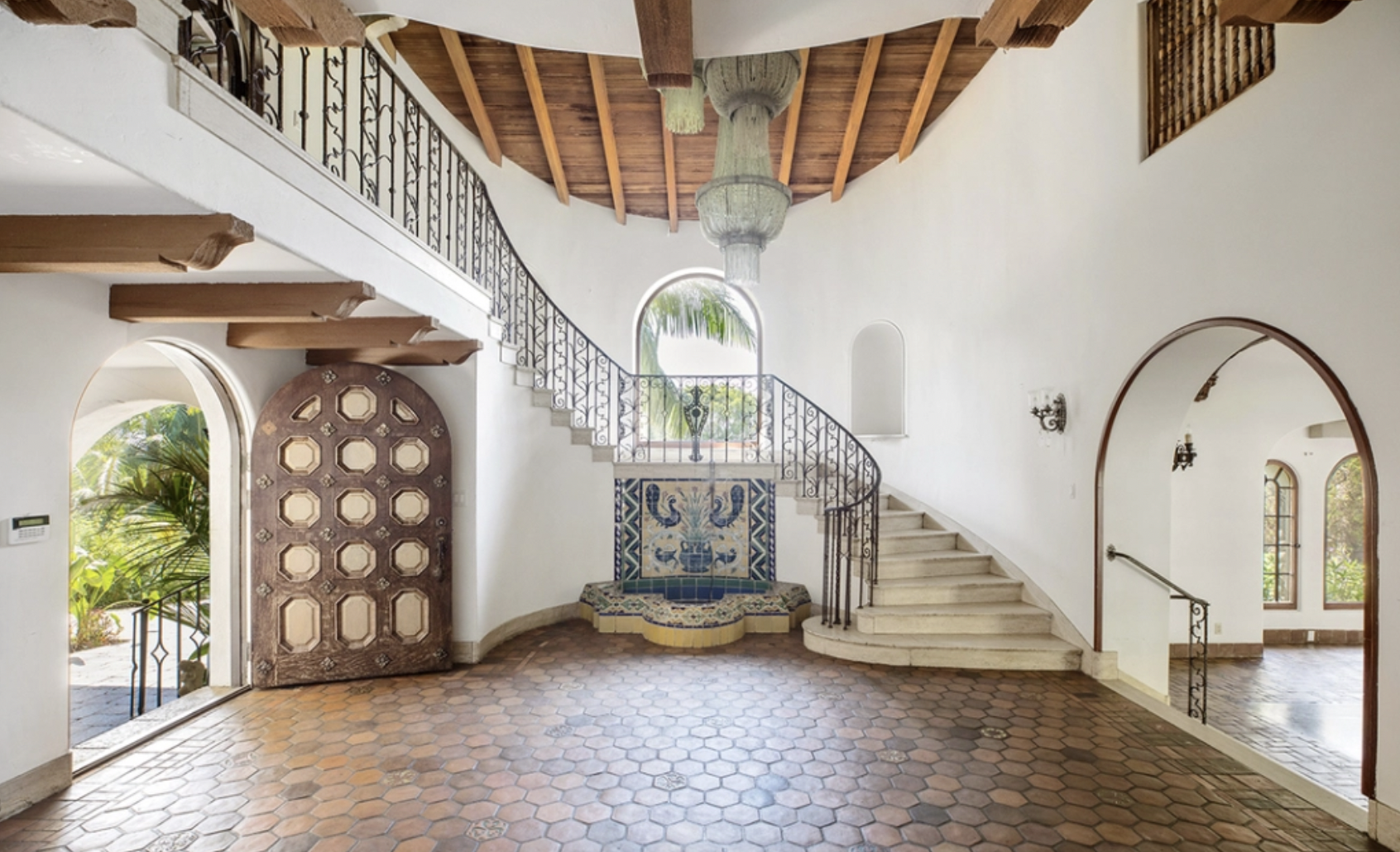 Built in 1926, the 8,700-square-foot mansion sits on more than an acre of land, atop a grassy knoll high above bustling Sunset Boulevard. The house was reportedly occupied in the mid-1930s by Shirley Temple, when she was just eight years old; by the 1940s, it came to be owned by noted Mafioso Tony Milano, whose operations were based in both Ohio and Los Angeles. Milano owned the property until the late ’50s, concealing his vast array of mobster activities behind the veneer of a seemingly legitimate food production business.

The character-filled house includes numerous original details — a one-of-a-kind front door, mosaic tiling, intricately hand-stenciled ceilings, colorful fountains — that remain intact. Shay acquired the mansion for $9.4 million almost exactly a decade ago, back in late 2011, and had long planned to give the premises a sensitive yet comprehensive restoration. But according to the 60-year-old reality star herself, those efforts were thwarted because she couldn’t find a temporary rental mansion willing to accommodate her six Labrador retrievers. Still, she did make a handful of costly upgrades, including the installation of commercial-grade kitchen appliances, massive new driveway gates and a high-tech security system. Shay’s only child — son Kenny Kemp — also converted the property’s wine cellar into a “weed cellar” used for storing his million-dollar collection of bongs.

Born in Tokyo but long based in Los Angeles, Shay is the only daughter of the late billionaire industrialist Edward Shay, an American defense contractor who is often labeled an arms dealer, and his Japanese wife Ai-San. Per Shay, she is a descendant of Eastern European Jews on her father’s side, while her mother’s ancestry includes both Japanese merchants and Russian aristocracy. Edward Shay died in 1995, 40 years after founding government contractor firm Pacific Architects and Engineers (PAE); in 2006, Anna and her brother Allen Shay sold PAE to Lockheed Martin in an all-cash, $1.2 billion deal.

With her Sunset Boulevard estate unloaded, Shay — a four-time divorcée — is downsizing to a secluded Mediterranean-style villa in the mountains above Beverly Hills. She famously bought that property from Dr. Phil’s son Jordan McGraw back in 2019 for $5 million, and has since renovated and modernized the wildly-decorated house.