By Jeffrey Collins, The Associated Press

A South Carolina city is paying $650,000 to a Black man who was stomped in the head by a white police officer upset that the man could not quickly lie flat on his stomach because of rods and pins in his leg.

Orangeburg officials also have apologized to Clarence Gailyard and are reviewing the police department’s use of force policies, City Administrator Sidney Evering said in a statement released by Gailyard’s lawyer Justin Bamberg. The city’s insurance will cover the payment.

Gailyard was walking with a stick wrapped in shiny tape on July 26 when someone mistook the reflective object for a gun and called 911, investigators said.

Orangeburg Public Safety Officer David Lance Dukes ordered Gailyard to the ground and when the 58-year-old didn’t immediately drop, the officer stomped on his head and neck, causing his forehead to hit the concrete of the parking lot, according to police body camera video.

Gailyard said he moved slowly and often walks with a cane because of pins and rods in his leg from being hit by a vehicle while riding a bicycle. He also said he was carrying the stick to protect himself from potential dog attacks. 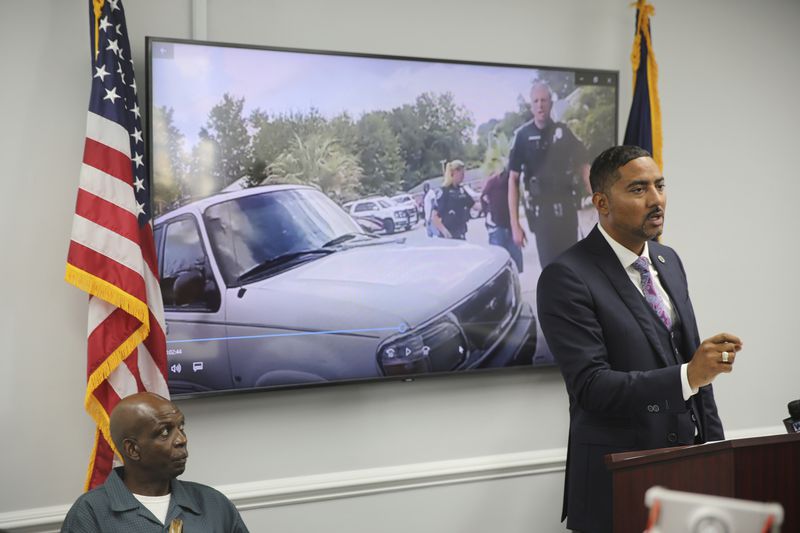 The city’s statement said most officers do their difficult jobs well — a second officer tried to calm the situation and told a supervisor who came to the scene later that Dukes lied about his actions — but swift, fair action must be taken when officers do wrong.

“When an officer falls short of these expectations and conducts themselves in ways unbecoming to their department and the City, that officer must and will be held accountable,” Evering said. 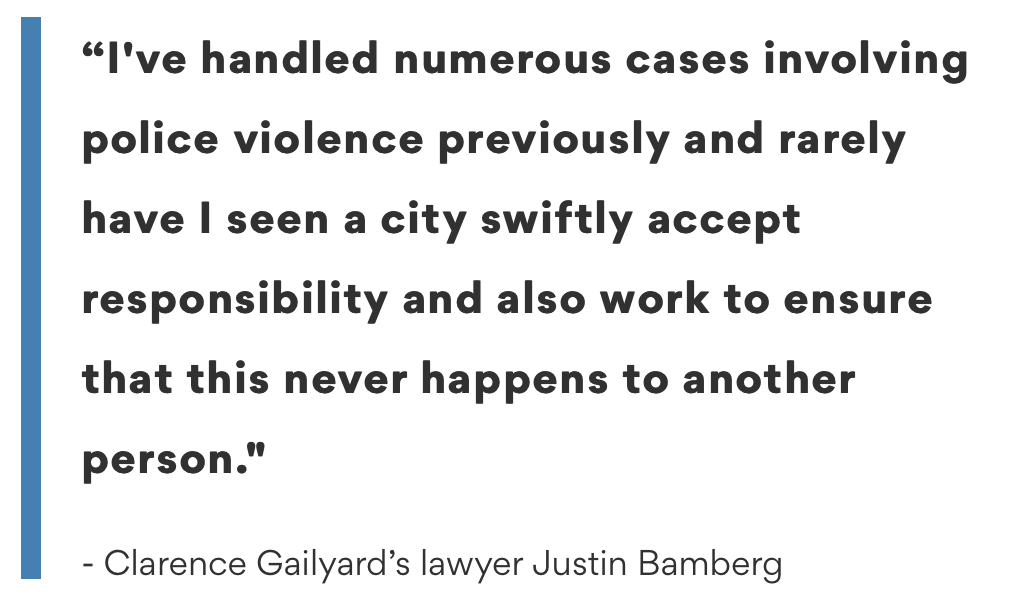 Dukes, 38, was fired two days after the incident and charged with felony first-degree assault and battery a few days after that. His lawyer has said the former officer is fully cooperating with state police in what he called a difficult and unfortunate situation.

Gailyard’s lawyer said he appreciated how quickly Orangeburg worked to both help Gailyard and change the culture of a police department which had seen three years of increasing use-of-force case where 75% of the 13,000 residents are Black.

The police chief retired shortly after the incident and the department’s interim chief is reviewing use of force rules. The force is also creating a group of citizens to oversee how officers treat people, the city said.

“I’ve handled numerous cases involving police violence previously and rarely have I seen a city swiftly accept responsibility and also work to ensure that this never happens to another person,” Bamberg said.

Gailyard is happy to put what happened behind him, Bamberg said.

Gailyard spoke to reporters a few weeks after he was hurt.

“Every time I look in the mirror, I see the scar on my forehead, and it’s not OK. The only thing I want the community to do is change,” Gailyard said.