Airless tires are finally coming in 2024: Here’s why you’ll want a set

Immunity to flats is just the beginning for a tire that could change your driving life.

We have phones that can survive being immersed, watches you can drag over a cheese grater and screens you can fold without breaking, but a common nail can strand your car on the side of the road. Tires need to lose their air, but not that way.

Michelin is one of several tiremakers that have been developing airless tires but they seemed as improbable as GM’s early vision of self-driving cars. Now, however, the two companies are putting a pin in the calendar to have airless tires on the market by 2024.

The first thing you notice about the airless Michelin Uptis, or UniquePuncture-proof Tire System tires is that you can see through them. Glass fiber reinforced plastic vanes support the tread rather than air pressure.

From there, the benefits tumble forth: Nails become minor annoyances and sidewall cuts that usually render a tire unrepairable are no longer possible. There would be no need to check tire inflation (you’ve probably ignored my admonitions to do that anyway) and we’d say goodbye to spare tires, jacks and inflation kits that most drivers view as mysterious objects anyway. Blowouts that cause thousands of crashes a year would be impossible. 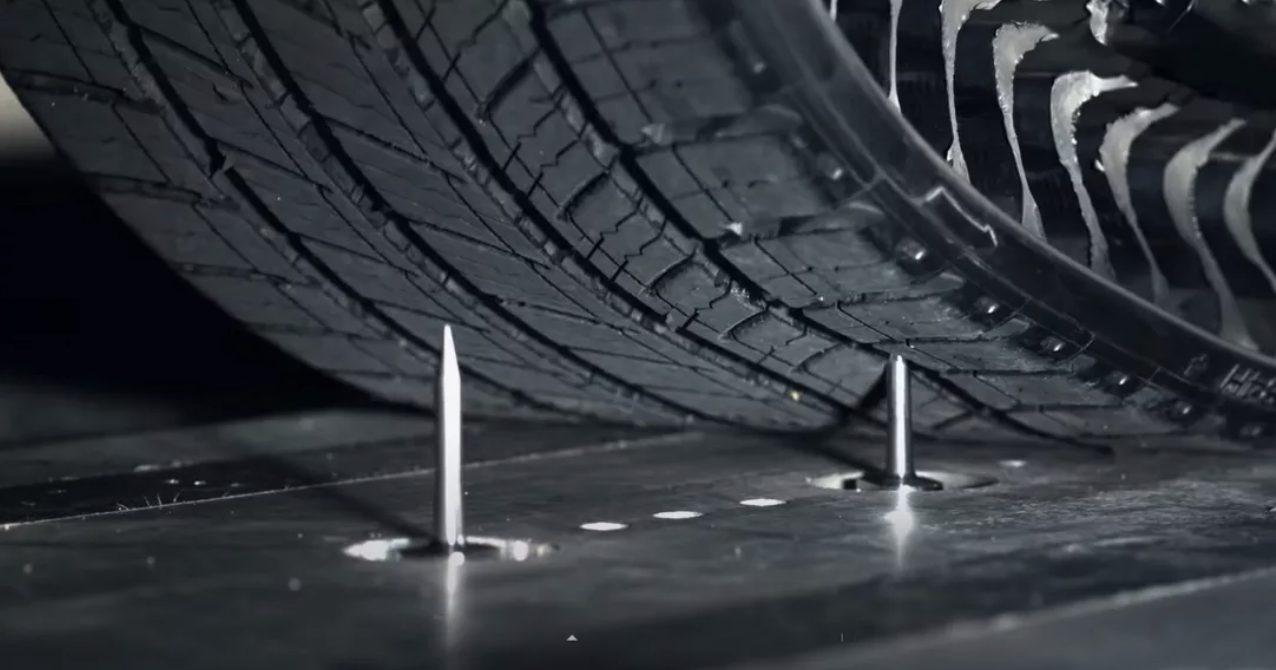 Uptis tires also have a green angle: The promise to scrap 200 million fewer tires worldwide each year by eliminating sidewall cuts and accelerated wear due to improper inflation. This environmental benefit will accrue regardless of which companies crack the code for airless tires.

Aspects I’ll watch on the road to the airless tire include:

Airless tires will be an overdue leap forward. Today’s pneumatic ones date back as far as combustion engine cars, and we know which way those are going.