Limited to 220 units, the special edition comes with an invite to the Land Rover U.S. Trophy Competition in North Carolina this fall.

Land Rover is hosting an off-road competition event at the Biltmore Estate in Asheville, North Carolina on October 11, and if you buy one of these Defender Trophy Editions you get to chance to participate. The winner even gets to go on to an event in the U.K next year. 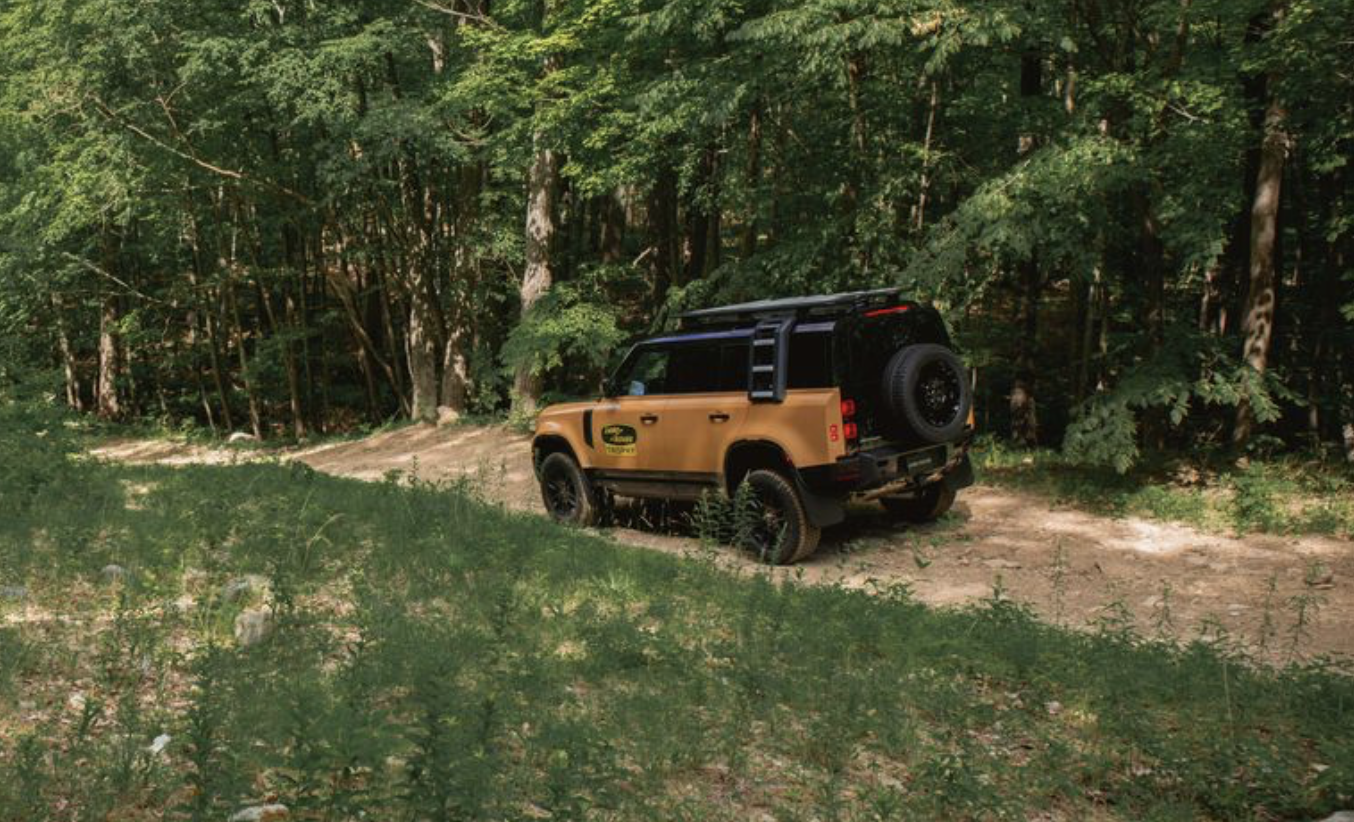 The Trophy Edition is limited to only 220 units and has similar looks to the 399-hp V-8–powered Defender Works V8 Trophy that Land Rover unveiled earlier this year. The Defender’s optional expedition roof rack, deployable ladder, skid plates, and integrated air compressor all come with it along with more black exterior trim. A winch can be included as a dealer-installed accessory.

It’s based off a 2022 Defender 110 P400 X-Dynamic SE model, which comes with four-wheel drive and a 3.0-liter inline-six with an electric supercharger and 48-volt hybrid system generating a total of 396 horsepower and 406 pound-feet of torque. The limited-edition trucks come equipped with all sorts of off-road equipment including all-terrain tires, air springs, an electronically controlled rear differential, off-road drive modes including, and 360-degree cameras that act as digital trail spotters.

The Land Rover U.S. Trophy Competition in North Carolina has room for up to 90 two-person teams, and it’s first come first serve, so we feel for those 130 buyers of the special-edition Defender who get left out. Owners will compete in on- and off-road challenges with the help of professional coaches, and the winning team, determined by a panel of judges, will get invited to the the Land Rover Trophy Competition at Eastnor Castle in England early next year.