Which One? Apple M1 Pro vs. M1 Max: How does each chip perform?

Find out if you should shell out extra for Apple’s highest-end MacBook Pro chip.

The most obvious changes to the new 2021 MacBook Pro laptops — a new design, new display and resurrected ports — have been discussed in great depth in my longform reviews of the 16-inch MacBook and 14-inch MacBook. But it’s the internal changes that are really more important for the creative professionals who are most likely to shell out for these expensive systems.

Both the 14-inch and 16-inch MacBook Pros are available with either of Apple’s new chips.  The M1 Pro or M1 Max both combine CPU and GPU cores, versus the model in older pro-level Macs and current Windows PCs that paired a CPU from Intel or AMD with a separate GPU from AMD or Nvidia. There are a few versions of the M1 Pro, with either eight or 10 CPU cores and either 14 or 16 GPU cores.  The M1 Max also has 10 CPU cores, but your choice of 24 or 32 GPU cores.

Do you need to go all-out? Should you get the least-expensive option? Can you just stick with a standard M1 chip, like in the MacBook Air or 13-inch Pro?

As my colleague Lori Grunin explained it: “The M1 Max and M1 Pro clearly differ in terms of peak performance, with the M1 Max doubling some important contributors to theoretical performance, notably the number of hardware ProRes accelerators (which is extremely important for pro video editing) and doubled bandwidth for some internal interfaces, like that between memory and the processor. Those won’t necessarily result in double the performance delivered in real-world use, though.”

And that was my initial experience. As a mainstream user, who dabbles in video editing, 3D modeling and Photoshop/Illustrator projects, I was hard-pressed to find a performance difference during my initial first few days with these systems. That included the standard benchmarks we usually use as a first pass on judging a computer’s capabilities, including GeekBench 5, Cinebench R23 and a quick 8K Premiere rendering test I threw together.

But after a couple of additional weeks, I’ve been able to use these products more, talk to a few pro-level creators and try some different tests. 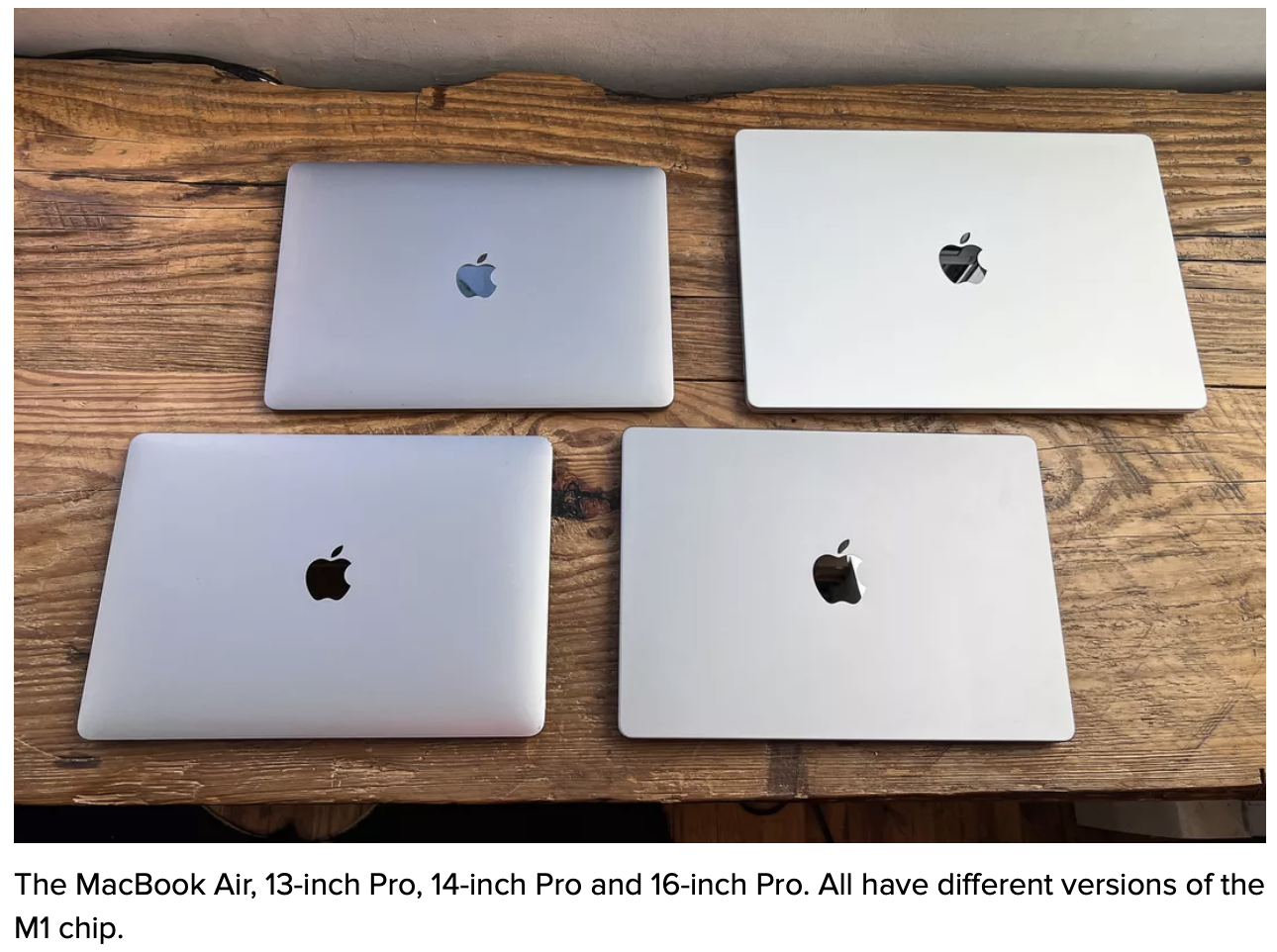 I spoke to fellow Brooklyn resident Joseph Ibrahim, who specializes in lighting VFX and invited him to try out the 14-inch MacBook Pro with the M1 Pro chip and the 16-inch M1 Pro with the M1 Max chip. He rendered a scene in the 3D-design and animation software Houdini and found that the actual render time was the same on both the M1 Pro and M1 Max, but those were both much faster than the same workload on a MacBook with the regular M1. He also told me that the M1 Max system felt much more responsive than the M1 Pro while using the software and he left the demo session ready to buy a fully upgraded M1 Max MacBook Pro.

To target the GPU differences between the M1 Pro and M1 Max, I ran a few cross-platform GPU tests. In the GeekBench 5 compute test using Metal, Apple’s graphics API, there’s a clear difference, with the M1 Max getting a much higher score. The same thing happened in Wildlife Extreme, the one benchmark within the larger 3D Mark tool that runs on M1 Macs, as well as Windows, iOS and other platforms. There, the M1 Max tied with a new Razer Blade 14 with the Nvidia RTX 3080 GPU. Falling between the Max and Pro was an older gaming laptop with an Nvidia RTX 2080 Max-Q. Note that the Windows version of that test doesn’t use Apple’s Metal API, obviously.

Where does that leave us? My takeaway based on preliminary testing is that the M1 Pro and M1 Max will show you a difference in performance, but only in select cases. The in-app responsiveness may actually be more important to you than how long it takes to complete a task. But if you’re a creative pro looking to make a sizable investment, your specific workload may or may not get a real bump from going with the M1 Max over the M1 Pro; it depends on how much your key applications rely on the CPU and GPU and which version of each chip you’re comparing.

My other advice is that for people like me who just dabble in higher-end creative apps for basic video editing, the M1-powered MacBook Air, 13-inch MacBook Pro or 24-inch iMac are perfectly fine for even some 4K video editing. As I said in my 16-inch MacBook Pro review, if you just want a new MacBook Pro for the updated design, webcam or ports, know that you’re making what is essentially a vanity purchase. 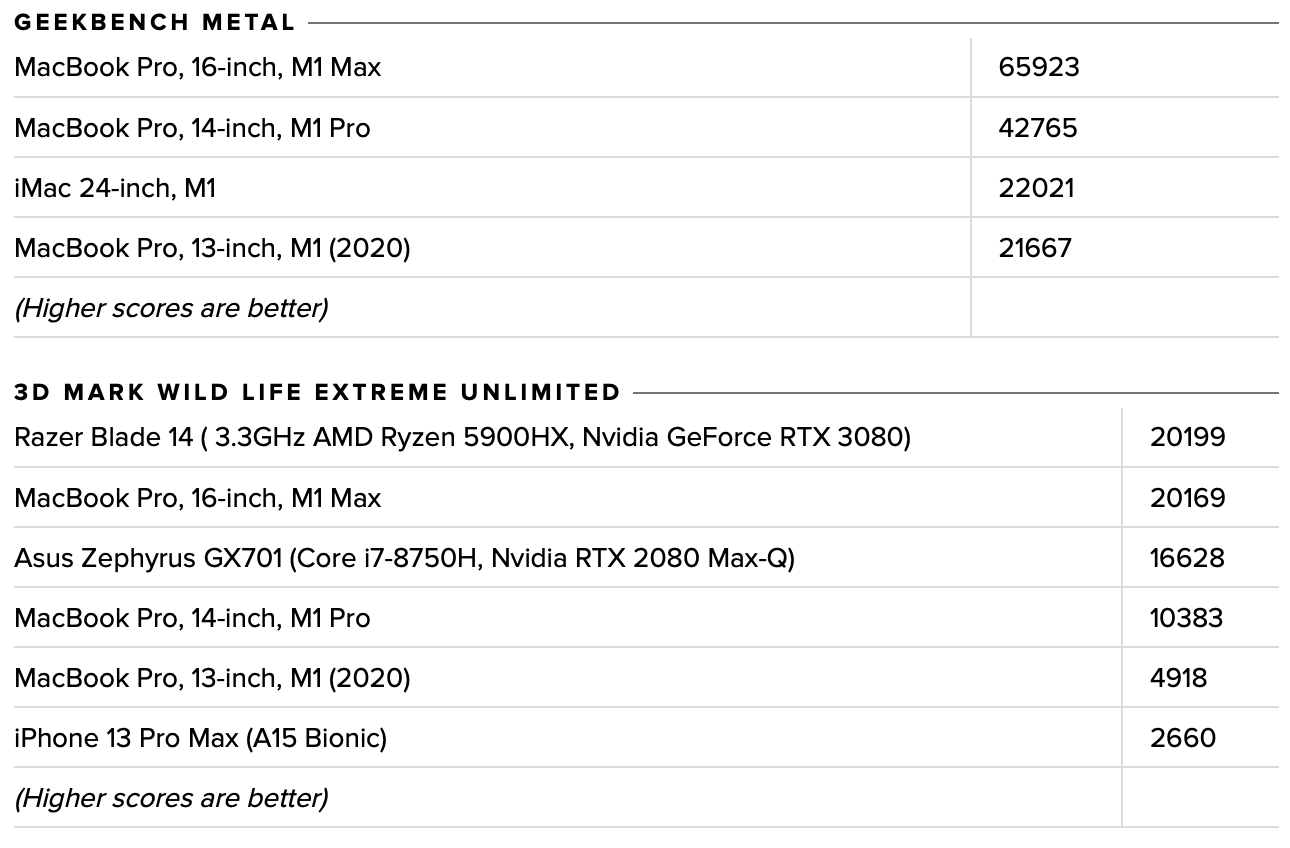 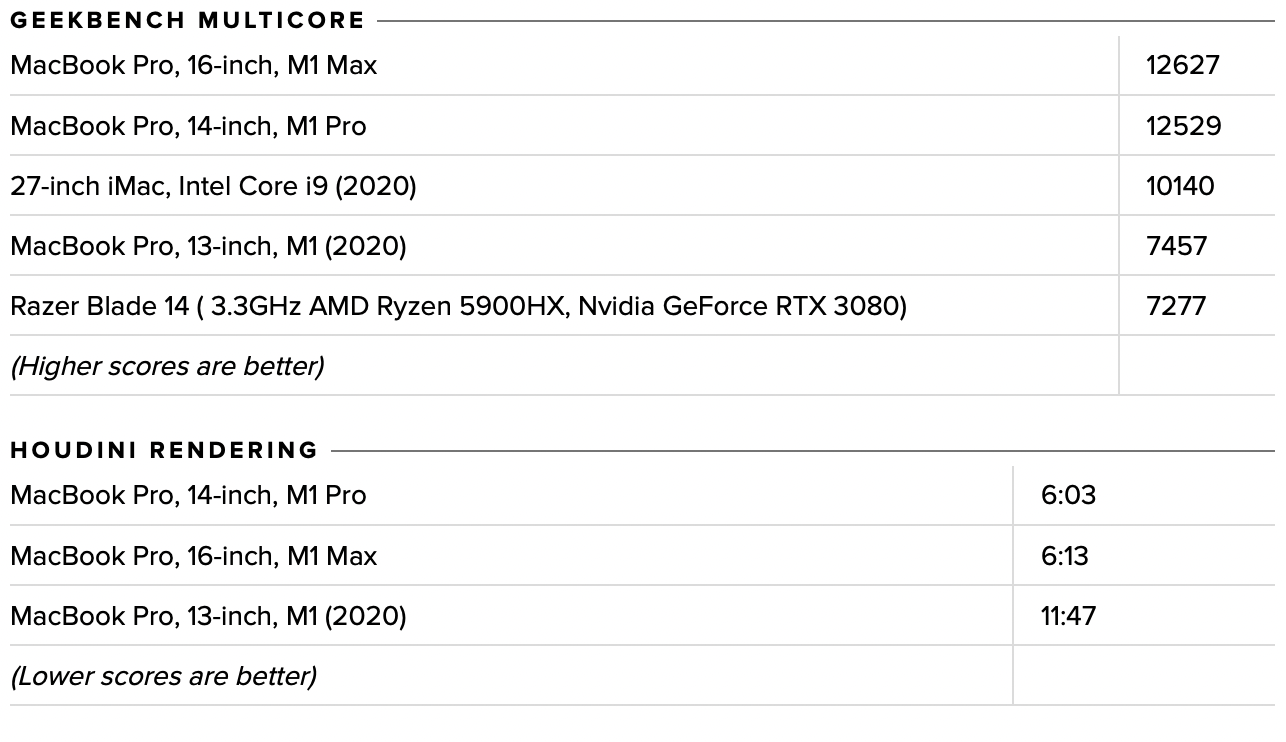 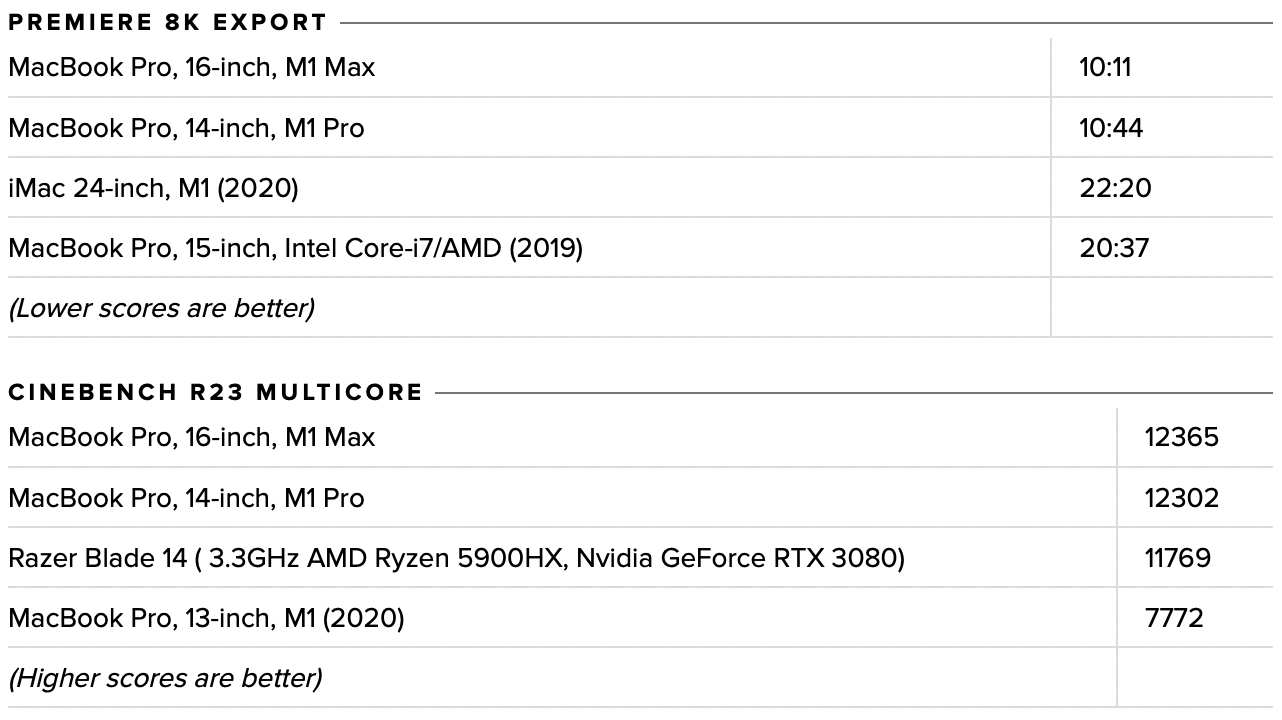