What’s the big deal about NFTs? Here’s the madness behind these expensive digital tokens

NFTs are selling out in minutes for thousands of dollars. We’ll explain why.

NFTs, or nonfungible tokens, can be tied to a video highlight, a meme or a tweet. But what are they? Think of NFTs as a digital asset that’s expensive but may make you a lot of money in the future (or maybe not) — similar to cryptocurrency but not quite (more below). But it doesn’t quite mean that you own an asset or piece of art (more below).

The tokens are so popular that Time Magazine’s 4,500 TIMEPieces reportedly sold out in one minute on Wednesday’s release date. And Tiger Woods recently sold NFTs of digital autographed collectibles (more below). If you’re looking to buy an NFT, the starting price may be affordable but the bidding wars for NFTs could make the digital token worth a lot more. The interest has created new levels of hype from Visa, Warner Music Group and Nike.

In short, NFTs offer a blockchain-created certificate of authenticity for a digital asset or piece of art. If this doesn’t make much sense to you, it’s OK. We’ll break down what NFTs really are, how much they cost and how you can bid on a digital asset to have an NFT of your own.

This is the part that takes a bit of open-mindedness. An NFT is a unique digital token, with most using the Ethereum blockchain to digitally record transactions. It’s not a cryptocurrency like Bitcoin or Ethereum, because those are fungible — exchangeable for another Bitcoin or cash. NFTs are recorded in a digital ledger in the same way as cryptocurrency, so there’s a listing of who owns each one.

What makes an NFT unique is the digital asset tied to the token. This can be an image, video, tweet or piece of music that’s uploaded to a marketplace, which creates the NFT to be sold.

What kind of NFTs can I buy?

NFTs can be tied to any digital asset. Anything you see online can be an NFT — music, social media posts, clip art and more. Today, Sorare released its “Super Rare” Lionel Messi digital trading card that’s currently bidding at €29,992.75, equivalating to over $35,000. Sorare also announced that it raised $680 million for its next-level sports fantasy game. The funding is currently led by SoftBank.

But NFTs are going far beyond sports. Recently, Fortune gave its readers a chance to get in on the NFT craze. The company sold 256 copies of the limited edition cover from the graphic artist Pplpleasr for Fortune’s August/September magazine on OpenSea. The copies sold out within five minutes starting at 1 Etherum (estimated $3,000). But the NFTs were available for resale at three times the cost.

And in August, a clip art of a rock, better known as Ether Rock, was sold for $400,000 Etherum (estimated $1.3 million). Two weeks ago, it was valued at $97,716. And in August, Visa announced its NFT CryptoPunks purchase for $150,000 in Ethereum. The financial corporation believes that NFTs play a big role in the “future of retail, social media, entertainment, and commerce.” And Vine’s co-creator, Dom Hoffman, is reportedly inventing a new way to gamify NFTs with his fantasy gaming console, Supdive.

As the hype for NFTs grows, expect more digital assets to come up for sale and bring in some big money.

Where can I buy an NFT?

While you may not want to jump right in bidding six figures, there are multiple NFT marketplaces out there to check out, with Opensea being the biggest. Buyers can search for art, domain names and random collectibles to bid on without having to break the bank. And Woods’ digital collection is one of the many NFT collections available on DraftKings marketplace, including Tony Hawk’s collection.

And in early October, Christie’s will auction off 200 NFTs of featured Art Blocks art from its Post-War to Present collection, some of today’s most popular NFTs. The live bidding will happen in Ethereum on Oct. 1. The art sale will start at $50,000.

On the other hand, if you want to sell an NFT of your art, you can use NFTify, the Shopify NFT store, to sell NFTs without creating your own store. You’ll also need a MetaMask account to get going. And Burberry recently announced a partnership with Mythical Games to gamify buying, selling and collecting toys as NFTs through the Blankos Block Party game. CNET’s own Chris Parker also made a step-by-step guide on how to make and sell your own NFT, in the video below.

If I have an NFT, do I own the asset?

That’s the real kicker to understanding the whole concept. The person who buys the NFT doesn’t own the actual asset.

“NFTs challenge the idea of ownership: digital files can be reproduced infinitely and you do not (usually) buy the copyright or a license when purchasing an NFT,” said Jeffrey Thompson, associate professor at the Stevens Institute of Technology in Hoboken, New Jersey. 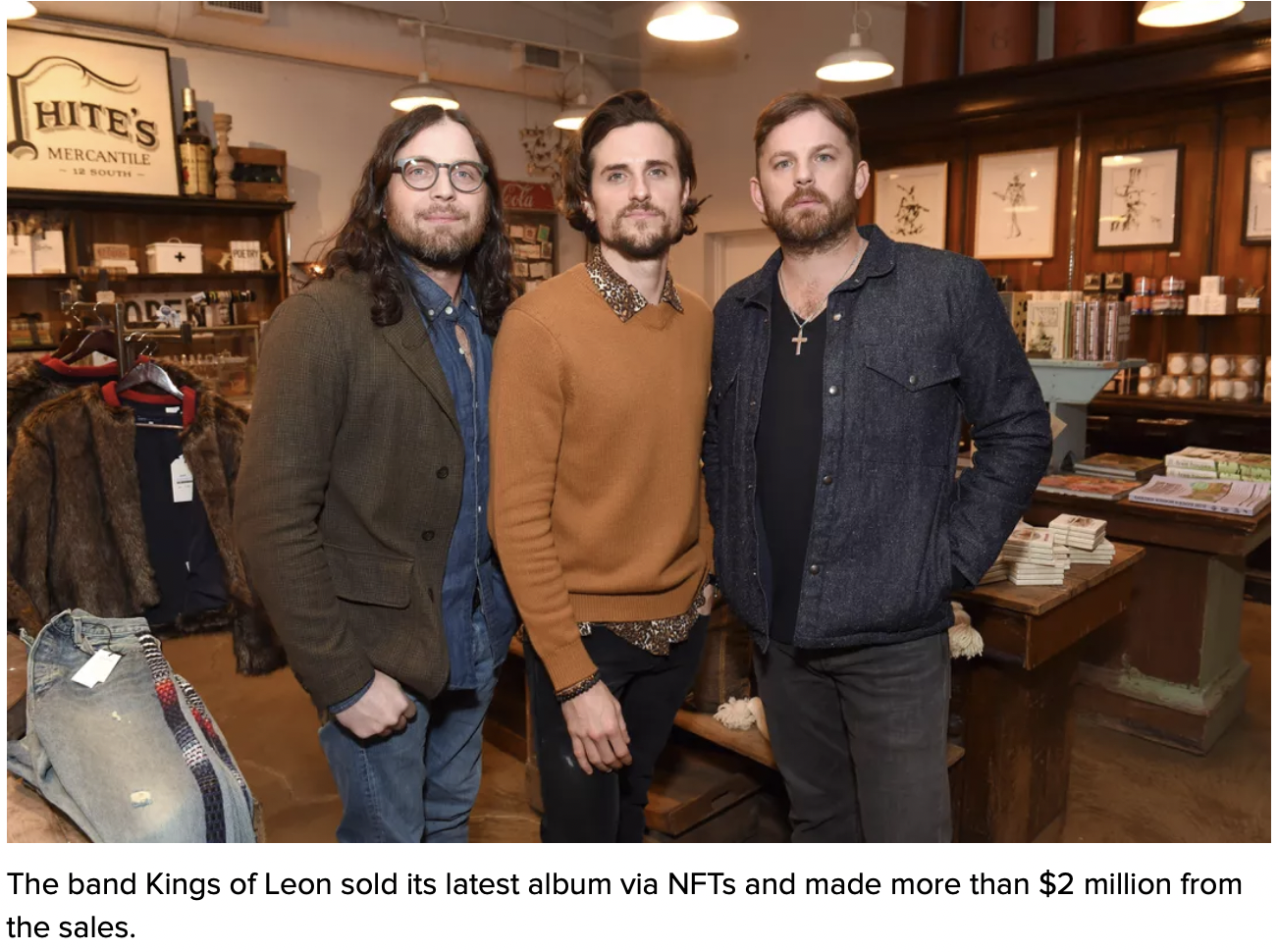 For example, the creator of the Nyan Cat meme sold an NFT of it for $590,000. The person who bought the token owns the token, but doesn’t actually own the meme. That still belongs to the creator, who held onto intellectual and creative rights.

What the owner of the token has is a record and a hash code showing ownership of the unique token associated with the particular digital asset. People might download Nyan Cat and use it on social media if they want, but they won’t own the token. This also means they can’t sell the token as the owner can.

Why are NFTs so expensive?

As with physical collectibles such as Beanie Babies, baseball cards and toys, there’s a market for NFTs. The buyers tend to be tech-savvy individuals who understand the idea of wanting to purchase digital goods and likely made a killing this past year with cryptocurrencies. Ethereum, for example, went from just over $100 last March to a current price of about $3,400. In some cases, buyers are just flexing their digital wallets to show off how much crypto they have, but for others, there’s a deeper interest.

“Specifically for art-related NFTs, there is a huge surge in demand due to their novelty and creativity of early artists,” Jason Lau, chief operating officer of crypto exchange OKCoin, said in an email. “Whether it’s a physical work with an attached NFT (think of it as a digital autograph and proof of veracity), or an entirely digital work (where the NFT is the art), this new medium is opening new ways for collectors and artists to explore their relationship with the artwork itself.”

It’s also great for the artists, says Lau. By selling digital art directly to those interested, an artist can begin monetizing work without having to try to sell it in a gallery.

What are the pitfalls of NFTs?

A drawback is the hundreds of dollars in fees required to create an NFT. If you’re making your own token on the Ethereum blockchain, you need to use some Ethereum, which as mentioned earlier is kind of pricey. Then after you make an NFT, there’s a “gas” fee that pays for the work that goes into handling the transaction and that’s also based on the price of Ethereum. Marketplaces simplify the process by handling everything for a fee when an NFT is sold.

There’s also an environmental cost. Like Bitcoin, Ethereum requires computers to handle the computations, known as “mining,” and those computer tasks require a lot of energy. An analysis from Cambridge University found that mining for Bitcoin consumed more energy than the entire country of Argentina. Ethereum is second to Bitcoin in popularity, and its power consumption is on the rise and comparable to the amount of energy used by Libya.