Business, Foodie, In The News

Wendy’s plans to open 700 delivery-only kitchens by 2025 to meet the growing demand from people who want their fast food brought to them.

The kitchens will primarily operate in urban neighborhoods in the U.S., Canada and the United Kingdom, Wendy’s said. The hamburger chain will open its first 50 delivery kitchens this year. 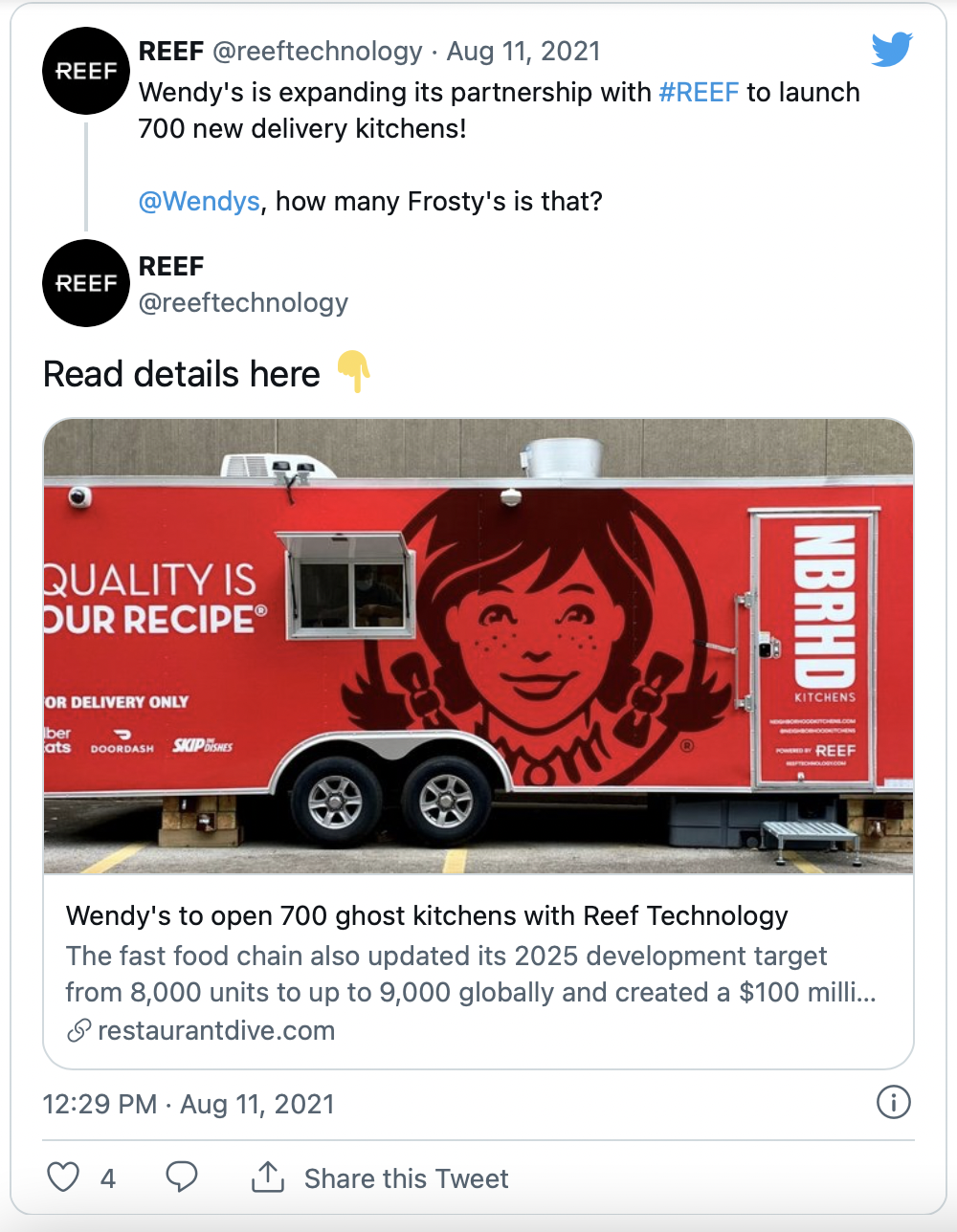 In a conference call with investors Wednesday, Wendy’s President and CEO Todd Penegor said Reef will build the locations and hire workers for the kitchens, each of which are expected to see sales of $500,000 to $1 million per year. Wendy’s will get royalties of around 6% of sales.

Wendy’s didn’t say who will deliver the food. But the company has existing partnerships with third parties including DoorDash, Uber Eats and Grubhub.

Wendy’s said its digital sales — which includes delivery and mobile orders for pickup — hit 7.5% of total sales in the second quarter of this year. That’s up from 2.5% in 2019.

It said it decided to expand its delivery-only kitchens with Reef after a successful test in Canada, where it opened eight kitchens late last year.

Wendy’s isn’t the first fast-food chain to explore so-called ghost kitchens, which have no storefront and only prepare food for delivery. In 2019, Chick-fil-A began offering delivery from a DoorDash Kitchen in Northern California.