EAGAN, Minn. — The Minnesota Vikings sent psychologists at the home of defensive end Everson Griffen on Wednesday to work with police on guiding him through another alarming mental health situation, with the 12th-year player refusing to come out of his house.

Griffen, who took a leave from the team in 2018 for mental health treatment, posted on Instagram early-morning screen shots of text messages to his agent, Brian Murphy, that said he needed help and people were trying to kill him. He also posted a video that showed him with a gun that he said was purchased legally. Those posts have since been deleted. 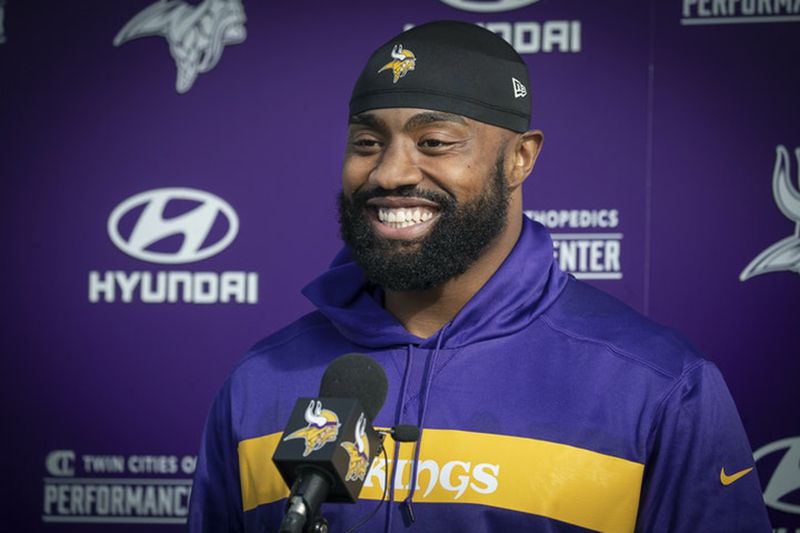 The Vikings said they have had representatives at Griffen’s home along with the team’s mental health professionals all morning in cooperation with law enforcement in Minnetrista, the suburb of Minneapolis where Griffen and his family live.

“Our only concern at this time is the safety and well-being of Everson and his family,” the Vikings said in their statement.

Speaking at the start of his usual Wednesday news conference, coach Mike Zimmer said he couldn’t offer much information. Asked if Griffen was safe, Zimmer said he didn’t know.

As for whether Griffen would play Sunday when the Vikings face the San Francisco 49ers, Zimmer said: “No, that’s really not our concern right now. It’s really about him.”

Minnetrista police, in a news release, said officers responded to a 911 call at 3 a.m. from Griffen’s residence. Griffen said on the 911 call that there were intruders in the home and he fired a shot but no one was hurt.

When police arrived, no intruder was located. Police said they were confident Griffen was alone in the home and that they were continuing to work with him to resolve the situation.

Griffen, a three-time Pro Bowl pick, missed five games in 2018 as he dealt with his mental health.

According to police at the time, Griffen had made comments about people trying to kill him. He was involved in a disturbance the day before a game at a local hotel, then later showing up shirtless at teammate Trae Waynes’ house. Griffen was taken to a hospital, but he jumped out of the ambulance at one point before police talked him back in.

Griffen was never arrested or suspected of committing any crimes, but he underwent a mental health evaluation. He then went on a team-supported leave, returning later in the season and finishing with 5½ sacks in 11 games.