Toughest sentence yet for any Capitol rioter: over 5 years

A Capitol rioter who attacked police officers working to hold back the angry mob on Jan. 6 has been sentenced to more than five years behind bars, the most so far for anyone sentenced in the insurrection

WASHINGTON (AP) — A Capitol rioter who attacked police officers working to hold back the angry pro-Trump mob on Jan. 6 was sentenced Friday to more than five years behind bars, the most so far for anyone sentenced in the insurrection.

Robert Palmer, 54, of Largo, Florida, wept as he told U.S. District Judge Tanya Chutkan that he recently watched a video of his actions that day and could not believe what he was seeing.

“Your honor. I’m really really ashamed of what I did,” he said through tears.

Palmer was one of several rioters sentenced on Friday in District of Columbia court for their actions that day, when the angry mob descended to disrupt the certification of Joe Biden’s victory following a rally by then-President Donald Trump. Scores of police were beaten and bloodied, five people died and there was about $1.5 million in damage done to the U.S. Capitol. Palmer is the 65th defendant to be sentenced overall. More than 700 people have been charged.

A college student who posted online that “Infamy is just as good as fame” after she climbed through a broken window at Capitol was sentenced to a month in jail for her actions. Gracyn Courtright, 23, of Hurricane, West Virginia, didn’t injure anyone, though, and her sentence reflected that.

But Palmer made his way to the front line during the chaos and started to attack, throwing a wooden plank, spraying a fire extinguisher, then hurling it when it was done. He rooted around for other objects, prosecutors said. He was briefly pepper-sprayed by police before he attacked officers again with a pole. He pleaded guilty to attacking officers.

Palmer said in a handwritten letter to the judge that he felt betrayed by Trump and his allies who fed them conspiracy theories.

“Trump supporters were lied to by those at the time who had great power,” he wrote. “They kept spitting out the false narrative about a stolen election and how it was ‘our duty’ to stand up to tyranny.”

Palmer, who has been held at the D.C. jail among fetid conditions that prompted a review by authorities, said it wasn’t fair that he be punished so severely when the ringleaders aren’t even behind bars.

The judge agreed — to a point. “It is true that the people who extorted you and encouraged you and rallied you to go and take action have not been charged,” she said. “That is not the court’s decision. I have my opinions but they are not relevant.”

Before Palmer’s sentencing of 63 months, the longest prison term handed down for a Capitol rioter was 41 months. That was the sentence received by both Jacob Chansley, the Arizona man who wore a horned fur hat, bare chest and face paint inside the Capitol; and New Jersey gym owner Scott Fairlamb, the first person to be sentenced for assaulting a law enforcement officer during the riot.

“It has to be made clear … trying to stop the peaceful transition of power and assaulting law enforcement officers is going to be met with certain punishment,” the judge said. “There are going to be consequences. I’m not making an example of you. I’m sentencing you for the conduct you did.”

Courtright, 23, of Hurricane, West Virginia, sobbed as she told U.S. District Court Judge Christopher Cooper that “if I could take back anything in my life it would be my actions on Jan. 6.”

She posted photos of herself online — like scores of other rioters — reveling in the moment. “Can’t wait to tell my grandkids I was here!” she wrote, and inside the Senate chamber, she was photographed holding a “Members only” sign.

“I will never be the same girl again,” the University of Kentucky student said through tears. “This has changed me completely.”

After the riot, she dug in on social media when she was criticized for her actions, before eventually deleting her accounts. Courtright is among the youngest of those charged in the Capitol riot so far.

Her attorney on Friday argued she had no idea what she was doing and that she wasn’t a political activist — she didn’t even vote in the election she was there to protest. The judge seized on that during his remarks.

“That is your choice obviously, but in my view — if any citizen wants to participate in our democracy, casting a vote is the price of admission,” he said. “Because when you do that, you have to study the issues and the candidates, learn what their policies are, figure out how those policies are affecting your community.”

Participating in a democracy isn’t like going to a University of Kentucky game and “rooting for a team just because of the color of their jerseys,” the judge said. “It’s certainly not resorting to violence when your team doesn’t win the game,” he told Courtright.

Cooper also noted that Courtright made it to the floor of the U.S. Senate at about the exact time that Ashli Babbitt, on the House, side was shot dead.

“Do you know how many Capitol police officers committed suicide after Jan. 6, harmed from the trauma of that day? Four,“ the judge added. “So was it cool to have been there?”

“No,” she answered emphatically.

Still, the judge said the recommended six months in prison was too high and sentenced her instead to 30 days, one year of supervised release, and 60 hours of community service.

He said he hoped she could pull her life together and that she “should not be judged by the worst mistake you have made in your life.” 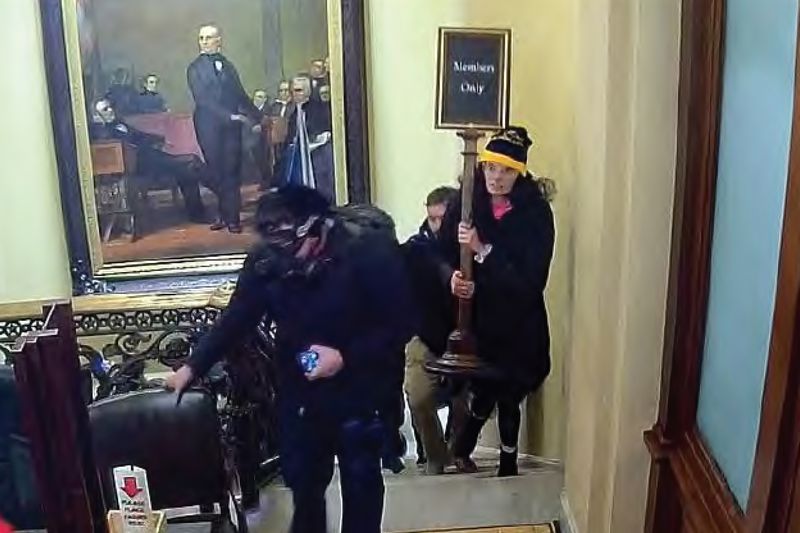 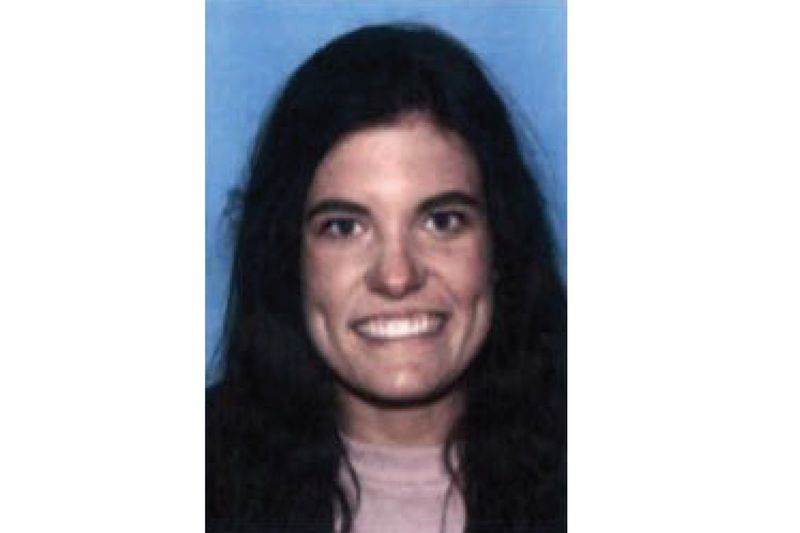 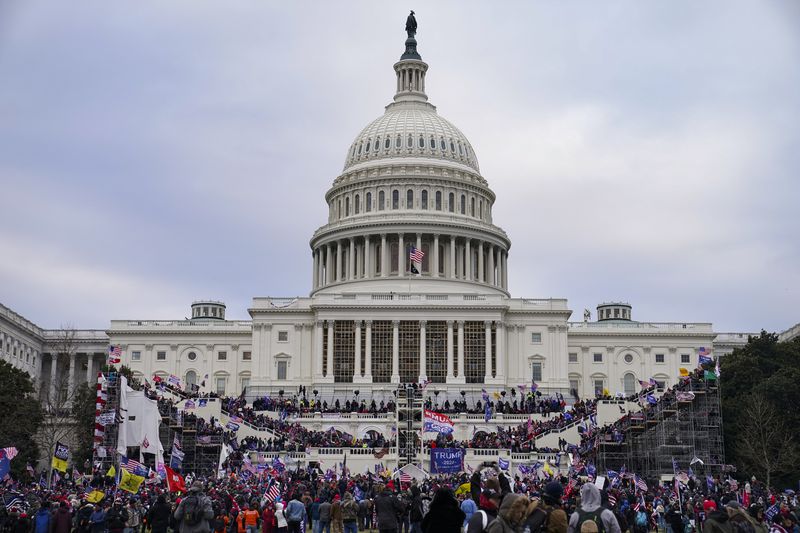