There are more jobs than jobless people in 42 states

Georgia among states in need of workers, according to federal statistics

A record number of job openings and fewer workers to fill them have left 42 states with more available jobs than people looking for work, according to a Stateline analysis of federal statistics from August, the latest available.

Employers such as RF Buche, who runs a 116-year-old family chain of South Dakota fast-food restaurants and convenience stores, are scrambling to fill shifts and cutting store hours because they can’t find enough help during the pandemic.

“I’m more worried about burnout than anything else, people working extra shifts,” Buche said. “It’s as bad as I’ve ever seen, and I’ve been in this business all my life.”

The labor shortage, by one measure the most acute since 1968, means higher wages and increased bargaining power for workers. But some experts fear it also could dampen economic growth as the country struggles to recover from the pandemic. And it could make it more difficult to implement the $1.2 trillion infrastructure plan Congress approved, which the White House has said is expected to create millions of jobs in fields such as construction and trucking. 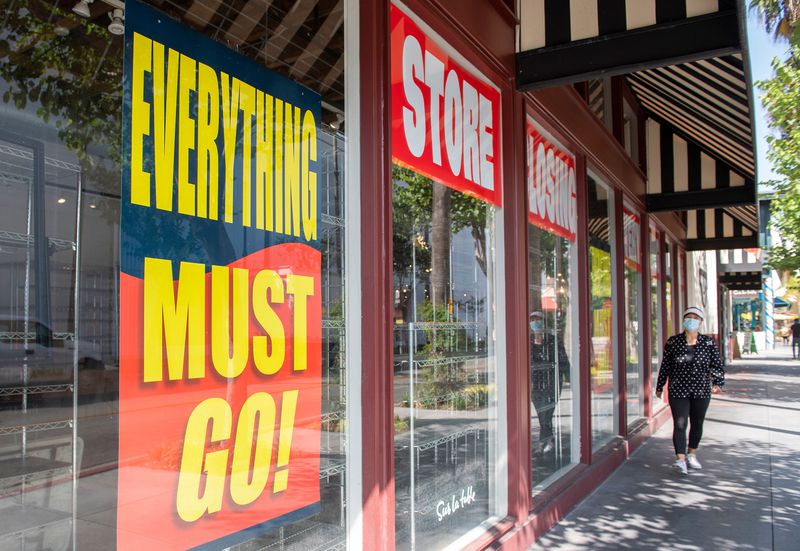 South Dakota, where Buche seeks workers, has one of the highest ratios of job openings to unemployed people who might fill them: There are nearly two openings for every unemployed person looking for work.

The ratio of jobs-to-jobless is almost 3 to 1 in Nebraska and more than 2 to 1 in Georgia, Utah, New Hampshire, Vermont, Idaho, Alabama and Montana. In most states, the ratio is higher now than it was before the pandemic.

Most of the states with more jobless people than jobs have plenty of white-collar positions that allow people to work remotely. The labor shortage is most acute in sectors with relatively low pay and high public contact, such as transportation, food service and hospitality.

The shortage is snarling critical services in many states and cities.

Some Massachusetts towns, for example, are offering up to $310 an hour to snowplow operators amid stiff competition for commercial drivers. Paid firefighters and medics are in short supply in parts of Virginia. A shortage of workers has meant longer waits for public buses in St. Louis and fewer menu options in school cafeterias in Utah.

While the national unemployment rate is down to 4.6% as of October, that’s not true for all groups, according to estimates for the third quarter from the left-leaning Economic Policy Institute, a Washington, D.C.-based think tank. Black workers still face double-digit unemployment in Illinois (10.8%) and California (10.4%), and Hispanic unemployment in New York is 10.7%.

“This brings up the question, ‘Are these employers’ hiring pools as diverse as they could be?’” said Kyle Moore, an economist with the institute. “When wages are high enough and people are satisfied with safety provisions like protective equipment, they will take these jobs.”

In South Dakota, Buche faces a deficit of about 55 shifts out of the 416 he needs most weeks in his convenience stores and restaurants.

Half of that deficit he attributes to hiring woes, but he said the other half is from part-time employees who don’t want more work and don’t need the money because they’re not splurging on extras such as movies and restaurants.

“We’re losing a lot to COVID fears. They’re not the primary breadwinners and they think ‘Hey, I’ll just stay back home.’ They could get by financially without major concerns,” Buche said. He said his jobs pay more than minimum wage, and he’s recently tried offering $2,000 signing bonuses and employee meal discounts.

Some experts see the dearth of willing workers as a sign that the trauma of the pandemic has prompted people to reassess their career choices, making them less willing to tolerate low pay and unpredictable schedules. 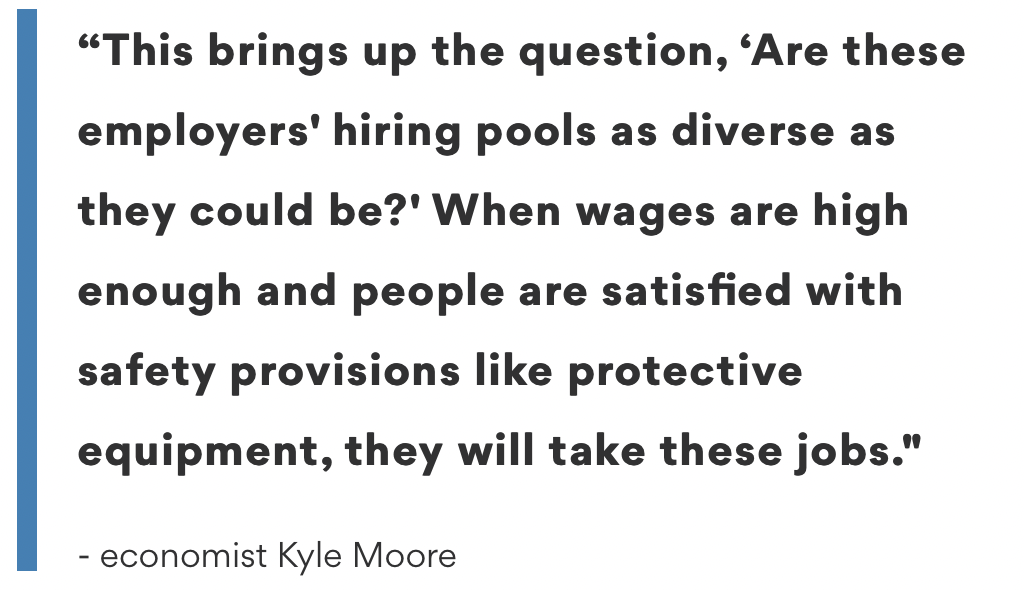 Kentucky, which has two job openings for every potential worker, has been struggling with a falling labor force participation rate since 2000, according to a September report from the Kentucky Chamber Foundation. That coincides with a freefall in the state’s coal production, which once provided relatively well-paying jobs.

“The pandemic and economic recovery have accelerated preexisting trends and magnified our weak points,” the report concluded.

Darling said factors such as lower immigration, more workers taking early retirement and generous unemployment benefits all have contributed to the labor shortage. But he pointed out that while the overall labor force participation rate is down, the participation rate for the “prime age” workforce, ages 25-54, is back to where it was in 2017.

“Unemployment insurance wasn’t holding the labor force back — it was COVID,” Darling said. He added that he stands by an October Niskanen post saying, “Crowded ports and ‘for hire’ signs are the growing pains associated with entering an age of abundance.”

Other experts also see the openings as a temporary glitch in an improving economy. Mary C. Daly, president and CEO of the Federal Reserve Bank of San Francisco, predicted in a blog post that many people who are reluctant to return to work now will jump back into the workforce as the pandemic recedes.

“Myriad factors are tempering labor supply at the moment — the need to care for children, fears of COVID, generous unemployment benefits,” Daly wrote. “But there is no reason to expect those to be permanent … the lesson is simple: Americans want to work, and it would be a mistake to assume otherwise.”

In South Dakota, where there were 1.6 job openings for every unemployed person the month before the pandemic began, some employers want to lure more workers from other states. The South Dakota Retailers Association is offering $1,000 for anyone who moves to the state and holds a job for at least three months.

The bounty could pay off in places such as North Sioux City, a South Dakota suburb of Sioux City, Iowa, where it might be relatively easy to switch states, said Nathan Sanderson, the retail association’s executive director. The state’s low cost of living and lack of a state income tax also could draw young families.

“Most of the places where there are jobs here would be great places to live and work and raise a family,” Sanderson said.

Some lawmakers in both parties are calling for more immigration to replenish shrinking communities that have factories, farms and nurseries desperate for manual labor.

In states such as South Dakota and Nebraska, immigrants make up a large part of the workforce in meat-packing plants, which kept running through the pandemic to protect the food supply and often saw large COVID-19 outbreaks.

“Everybody is screaming and yelling about the acute nature of the labor shortage at the low end, and they see immigrants at the border ready to work and we need them,” said Bob Worsley, a former Arizona Republican state senator who spoke at a recent immigration conference sponsored by the nonpartisan Migration Policy Institute in Washington, D.C.