The original Mini of the 1960s traded in tininess and fun, but a need for practicality and space have steadily increased what constitutes a Mini. The four-door 2021 Mini Cooper Countryman, the largest member of the Mini family, pushes the boundary of what Mini means. A bigger Mini may be a more popular and profitable Mini, but enlarging the concept doesn’t necessarily make for a better car.

Although the 2022 Countryman is now on sale, we sampled the identical 2021 version. Mini facelifted the Countryman for 2021; the alterations include a restyled front end and a few other cosmetic changes like new wheels and more exterior color options. Inside, there’s a newly available digital instrument cluster and Amazon Alexa connectivity. Mini also improved the cooling for both of the Countryman’s BMW-sourced turbocharged three- and four-cylinder engines, but the changes don’t alter their outputs. 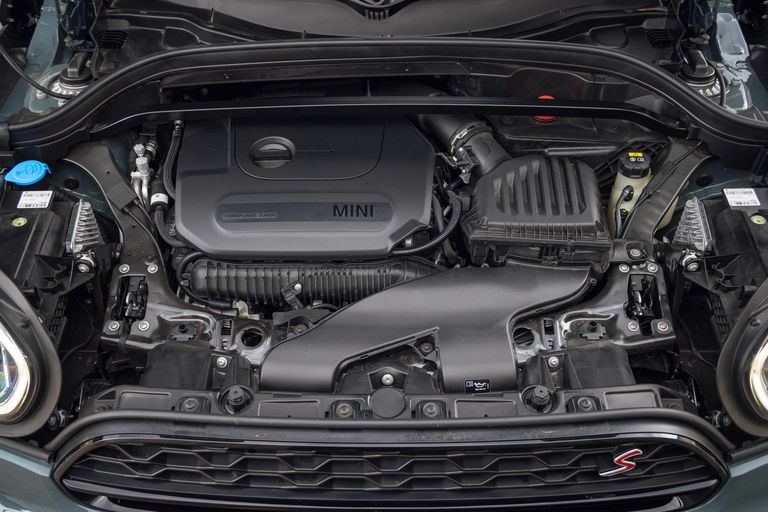 Mini sent us a Countryman Cooper S, and that “S” means it skips the standard 134-hp turbo three-cylinder for the larger 189-hp 2.0-liter turbo-four. The extra brawn adds $2800 to the 2022 Cooper’s $29,950 base price, but we’d say it’s worth it since the three-cylinder is a bit overworked in the Countryman. All-wheel drive is optional—ALL4 in Mini-speak—which adds $2000 and an eight-speed automatic transmission; front-drive models feature a seven-speed dual-clutch automatic. Our ALL4-equipped test car weighed a not-so-Mini 3693 pounds, but scampered to 60 mph in a solid 6.7 seconds. Should you want more speed, Mini will sell you a wagon-like Mini Cooper Clubman S ALL4, and BMW, Mini’s parent company, will happily sell you the Countryman’s platform-mate, the BMW X2 xDrive28i. 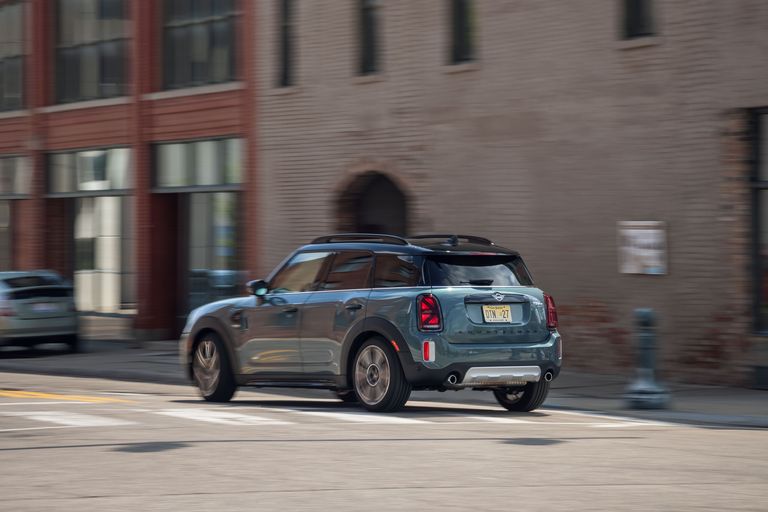 The 2.0-liter turbo provides ample low-speed acceleration, especially with the transmission in Sport mode, and the snort from the exhaust on high-rpm shifts is charming. We also enjoyed the snappy and smooth behavior of its torque-converter transmission. It wasn’t until we tried passing dawdlers on the highway that we yearned for the 301-hp Countryman JCW. That special edition is the quickest Mini we’ve ever tested, dashing to 60 mph in an eye-popping 4.4 seconds, and it beats our test car’s 5.4-second 50-to-70-mph passing time by a full two seconds. 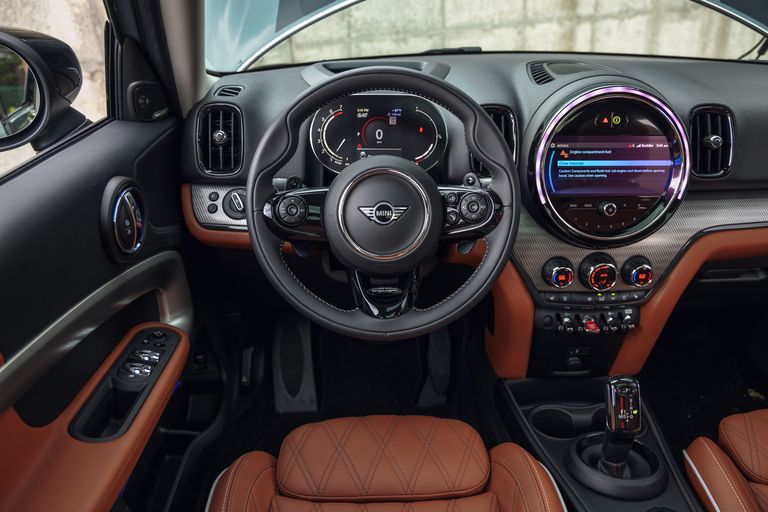 Arguably the best part about driving a Mini is the fun factor. Quick steering and a firm suspension provide a nimbleness and tidier feel than a Mercedes-Benz GLA250 or a Volvo XC40. With all that weight to carry, the Countryman seems reluctant taking down quick corners. Our example rode on optional 19-inch Eagle F1 Asymmetric 3 summer tires, a no-cost replacement for the standard all-seasons. Despite the grippier rubber, our car registered a so-so 0.86 g of grip on the skidpad. While the short sidewalls of this wheel-and-tire combo help boost steering feel, they also prompt the Countryman to crash over broken pavement and contributed to the stiff-legged ride—long a Mini weak point. Stops from 70 mph took a lengthy 176 feet.

We were stopped by the $43,600 as-tested price of our top-of-the-line Iconic trim model. An $8500 package, Iconic adds adaptive dampers, the 5.0-inch digital gauge cluster, a head-up display, a Harman/Kardon audio system, a panoramic sunroof, a power tailgate, and numerous infotainment upgrades. 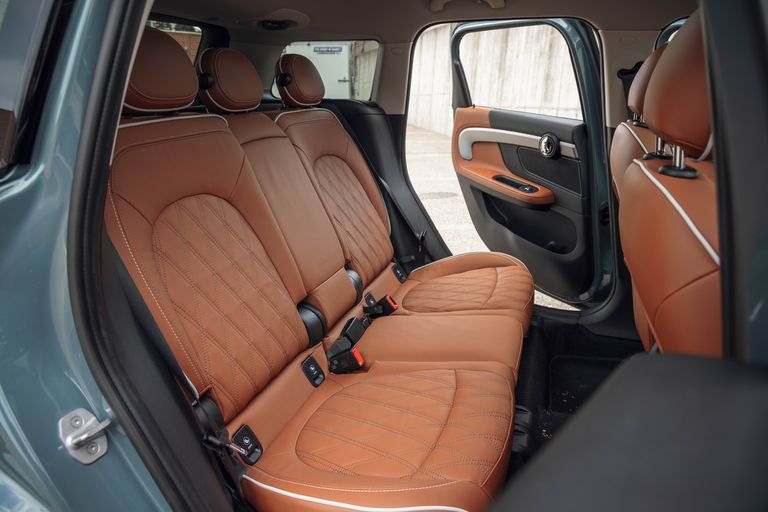 Fully loaded or not, the Countryman offers enough cargo space to hold six carry-on suitcases with five passengers on board. Both its roof and driver’s seat are 4.6 inches higher than the Clubman, and that higher seating position is what many buyers want. With the 2.0-liter engine, the 2021 Countryman S ALL4 earns EPA estimates of 23 mpg city, 31 highway, and 26 combined. In our 75-mph fuel-economy test, it exceeded those numbers and posted an impressive 39 mpg. Combined with a calm cruising demeanor, the Countryman swallows highway miles, even if it registers a somewhat loud 72 decibels inside at 70 mph.

The Countryman’s high seating position and space inside give the brand a practical crossover-like vehicle. But Mini is known for premium small cars. For drivers who revel in the tidier, more enjoyable handling that Minis have long been known for, the Countryman proves that a larger Mini isn’t necessarily a better Mini.