Business, In The News, Lifestyle, Money

Media mogul and billionaire bison rancher Ted Turner is donating an 80,000-acre ranch he owns in western Nebraska to his own nonprofit agriculture ecosystem research institute and says he might do the same with four other ranches in Nebraska’s Sand Hills.

But he’ll continue to pay taxes on the land, much to the relief of local officials and Nebraska leaders, the Omaha World-Herald reported Thursday.

“I believe that local property taxes provide essential support for services on which our ranches and communities depend,” Turner, 82, said in a news release last week announcing the new institute. “The Institute will continue to pay its share of taxes to support the local communities.”

State officials had feared Turner — Nebraska’s largest landowner with nearly 500,000 acres of western Nebraska ranchland — might turn over the land to a nonprofit and remove vast tracts from property tax rolls.

The prospect of such a large amount of land removed from tax rolls “would be painful,” said state Sen. Tom Brewer, of Gordon. 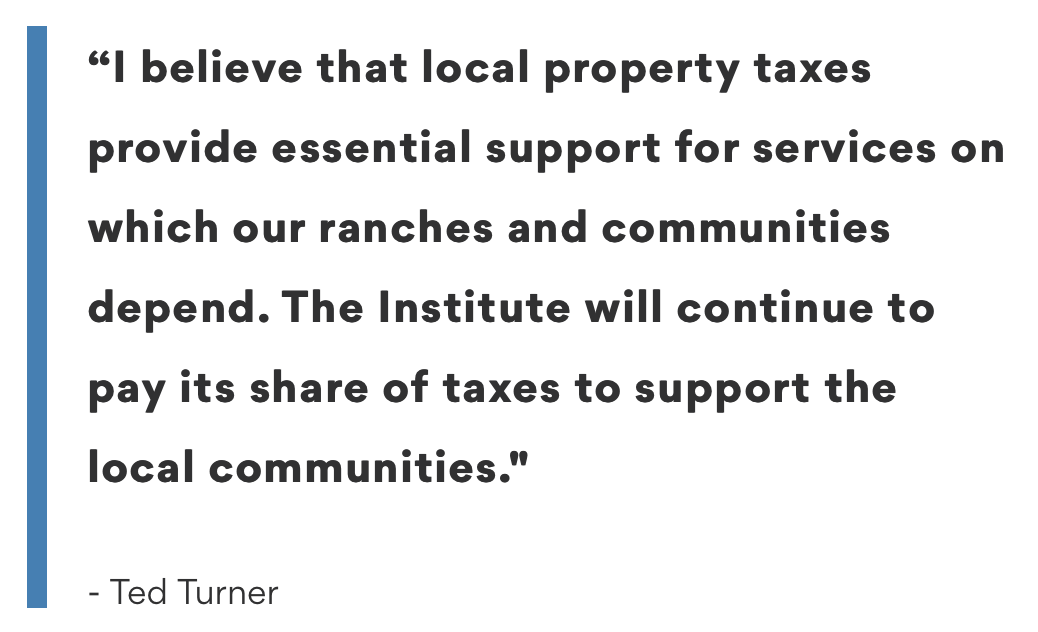 The news release from Turner Enterprises Inc. and Turner Ranches announced the launch of the Turner Institute of Ecoagriculture, which expects to work in conjunction with South Dakota State University to conduct research and develop strategies to conserve ecosystems while raising bison and generating income off grazing lands.

Turner’s bison ranches already focus on sustainable practices, including rotational grazing. There also has been a focus on studying and preserving endangered species, as well as wildlife habitat projects.

Turner is the founder of 24-hour news cable network CNN. He announced in 2018 that he was suffering from Lewy body dementia. The disease causes Alzheimer’s-like symptoms along with movement and other problems.