An unsung arm of the immune system appears to protect against severe disease with the omicron variant even when antibodies wane, helping to explain why a record wave of infections hasn’t engulfed hospitals so far.

T cells, the body’s weapon against virus-infected cells, were primed enough by vaccination that they defended against omicron in separate studies from Erasmus University in the Netherlands and the University of Cape Town in South Africa.

The findings could help explain why the wave of omicron cases hasn’t so far caused a surge in mortality from South Africa to the U.S. and the U.K. Unlike antibodies, T cells can target the whole of the virus’s spike protein, which remains largely similar even in the highly mutated omicron. 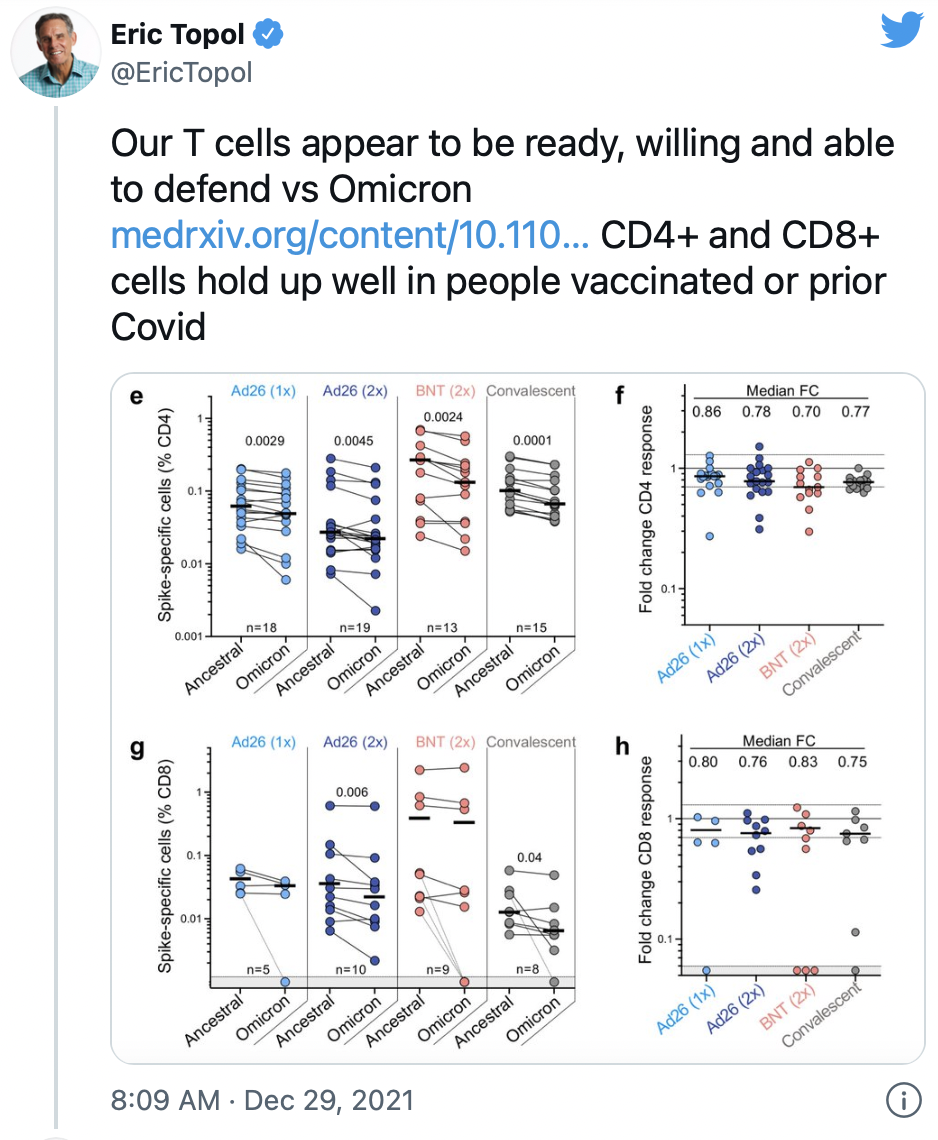 The Dutch researchers looked at 60 vaccinated health care workers and found that while their antibody responses to omicron were lower or nonexistent compared with the beta and delta variants, T cell responses were largely unaltered, “potentially balancing the lack of neutralizing antibodies in preventing or limiting severe Covid-19.”

The study from the University of Cape Town’s Institute of Infectious Disease and Molecular Medicine looked at patients who had recovered from Covid or been vaccinated with shots from Pfizer Inc. and partner BioNTech SE or Johnson & Johnson. They found that 70% to 80% of the T cell responses they assessed held up against omicron.

Recent weeks have brought evidence that the new strain can erode vaccine protection, prompting governments to push for booster shots to raise the level of antibodies that can fight off the variant.

“They can’t prevent you from getting infected, but they can minimize the damage that comes afterwards,” she said.

T cells are white blood cells that can remember past diseases, kill virus-infected cells and rouse antibodies to marshal defenses. People infected with another coronavirus that was responsible for the SARS outbreak in 2003, for example, were found to still have a T-cell response to the disease 17 years later.

Another study found booster shots increased the production of T cells in the face of an omicron infection. Giving J&J’s vaccine to people who had previously received a messenger RNA shot yielded better results, though a third dose of Pfizer and BioNTech’s immunization also led to higher levels of cellular immunity and neutralizing antibodies after one month, according to findings from Beth Israel Deaconess Medical Center.