Health, In The News, Lifestyle

Robin Williams’ Son Talks Late Father’s Lewy Body Dementia: “I Wanted to Be There for Him”

“There was just more anxiety and depression and just things he was experiencing and talking to me about that made me realize that he was — it was very uncomfortable,” Zak Williams said of his father’s final days on ‘The Genius Life’ podcast.

Zak Williams, the son of the late actor Robin Williams, is shedding more light on his father’s Lewy body dementia, and how the loss of the comedian-actor affected his eldest son.

In an emotional conversation with The Genius Life podcast host Max Lugavere, Zak shared details around his father’s experiences with Lewy body dementia after the actor was originally diagnosed with Parkinson’s disease. The 38-year-old mental health advocate and CEO of anxiety relief company PYM said that what he saw from his father “was frustration” over several things, including his acting and comedy.

“What I found was someone who was having challenges performing his craft. And that was really irritating for him. Because when you’re a performer, it goes beyond taking pride in performing. It’s your livelihood, and suddenly that becomes challenging.”

Zak added, “I mean, beyond empathy I couldn’t help but feel frustrated for him because the neurodegenerative thing — it’s rough.”

During the conversation, Lugavere shared that his mother also had Lewy body dementia, and spoke about several of the condition’s movement and memory-based symptoms. Zak affirmed that he saw his father, who was famous for his quick wit and improvisation, exhibit many of those same symptoms, including issues with short-term memory recall.

“The thing though is, there was a diagnosis and the like but when he died by suicide, it had progressed, but he was only maybe two years in,” he recalled. “So I don’t wanna say it was a short period, it felt a lot longer than it actually was, but it was a period for him of I think intense searching and frustration.”

Since Robin’s passing in 2014, a clearer picture of what the star was facing has emerged, primarily through the release of the documentary Robin’s Wish, which explores not only Robin’s condition but chronicles how the progressive dementia impacted him from the perspective of those closest to him, including his widow Susan Schneider Williams.

“My husband had unknowingly been battling a deadly disease,” Schneider Williams explainedin the film. “Nearly every region of his brain was under attack. He experienced himself disintegrating.”

According to the actor-comedian’s first son, the fact that what Robin was experiencing “didn’t match” his Parkinson’s diagnosis exacerbated his father’s frustration. “There was just more anxiety and depression and just things he was experiencing and talking to me about that made me realize that he was — it was very uncomfortable,” Zak continued.

The comedian’s son also shared that, from what he saw, the Parkinson’s drugs that his father was on “were really hard on the mind and body,” something he said “was hard to see.”

“It was a spectrum that I would see — witnessed personally. Having times some improvement, sometimes it didn’t help at all,” he recalled. “It might have exacerbated the situation.”

When Lugavere broached how the Night at the Museum actor’s diagnosis impacted the family, Zak said that without speaking for anyone else, it personally resulted in him “reaching out more consistently.”

“I mean we talked several times a week, but then it got to the point where you’re talking every day,” Zak said. “I wanted to be there for him on a daily basis. I really wanted to because it can be really isolating, even if you’re with family and loved ones.”

Following his father’s death, Zak said he faced his own mental health issues that involved heavy drinking and “some levels of psychosis.” After speaking with a psychiatrist, he was diagnosed with Post Traumatic Stress Disorder.

On Wednesday, the actor’s eldest son took time to celebrate what would have been his father’s 70th birthday with a brief and heartfelt Instagram post: “Dad, on what would be your 70th birthday, I would want you to know that your incredible spirit lives within us. Our family will be celebrating you and your memory today. We miss you and love you always!” 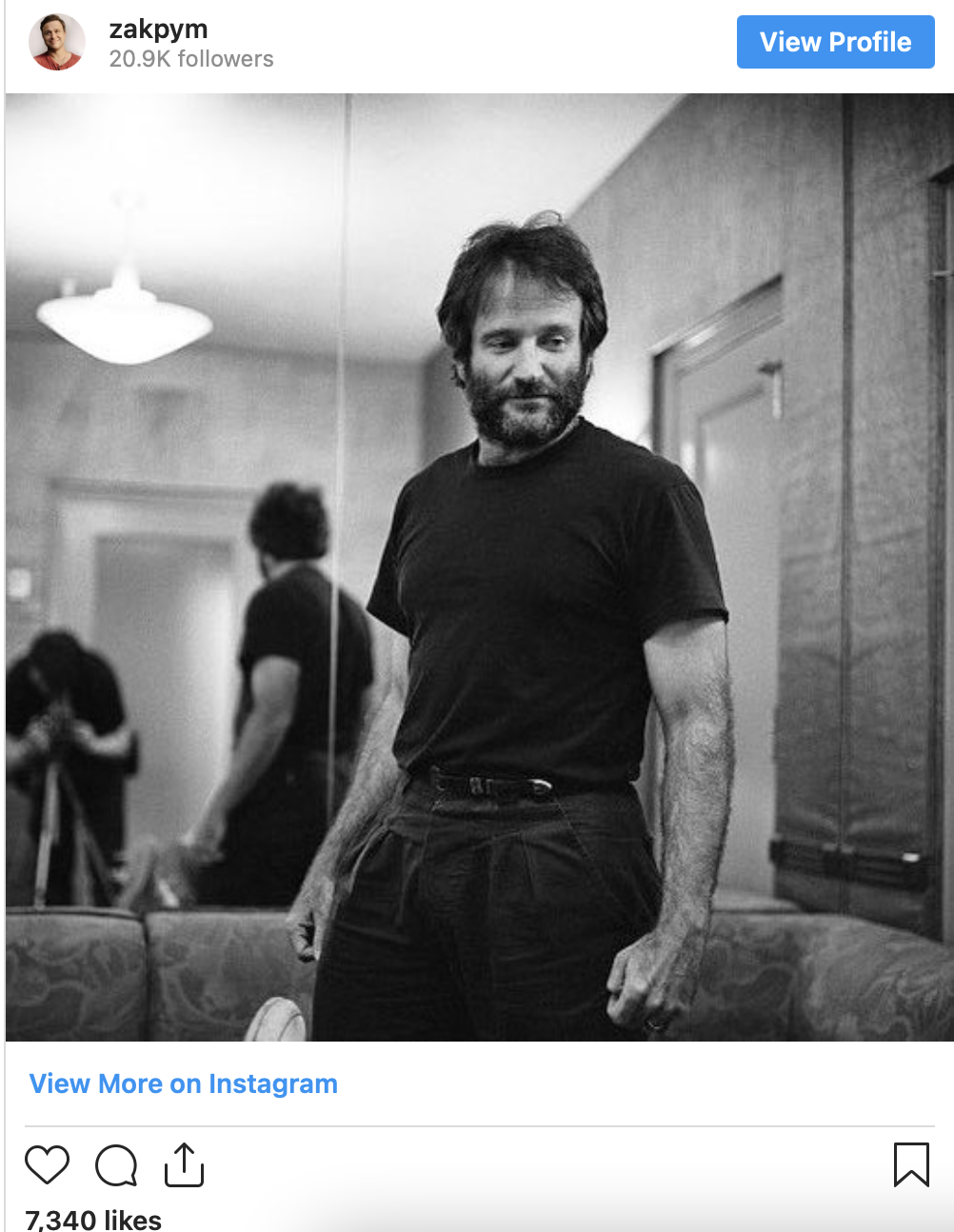 Since Robin’s passing, his eldest son has become a vocal and passionate mental health advocate, working with organizations like the Glenn Close co-founded Bring Change 2 Mind, which he told Lugavere “focuses on developing mental health support communities in high schools throughout the United States.”

“I actually found myself committing time to mental health advocacy as a means of healing that trauma,” Zak said of the work he’s focused on since his father’s death. “For me, it was very healing.”