New York City’s “Homecoming Week,” scheduled for Aug. 14-22, will include concerts, outdoor screenings and public art displays, while other recent outings include a star-studded USO Tour.

Rising concerns over variants from delta to lambda may dominate the news, but beyond the headlines, signs of optimism abound.

New York plants a flag for recovery efforts with “Homecoming Week,” scheduled for Aug. 14-22 and comprised of live concerts, outdoor screenings, public art displays and cultural activities. An exclamation point comes Aug. 21 at Central Park’s Great Lawn with “We Love NYC: The Homecoming Concert” produced by the city in partnership with Clive Davis and Live Nation.

Bruce Springsteen, Barry Manilow, LL Cool J, Jennifer Hudson, Paul Simon, The Killers, Kane Brown and Cynthia Erivo are booked to hit the stage, among many others. “New York was my home for a good three years,” Tony-winning Broadway vet Erivo tells THR. “It’s a place that really took care of me, so I feel it’s necessary to give back.” Erivo says Clive Davis asked her to sing “Home” from The Wiz, a request she instantly approved. “It’s an important song with a message about knowing where your home is, being proud of it and wanting to be there. That is the most awesome song to reopen with.”

USO ambassador Wilmer Valderrama tells THR, “It has been one of the greatest joys of my career to join the USO in showing up for and supporting our troops, so joining them and General Hyten in San Diego for part of the first in-person tour in over a year was particularly special for me. After more than 40 performances with the USO, it is so fulfilling to continue to bring entertainment and to connect with our service members and military families. Whether I’m hanging out with a military child, having lunch with Marines or trying to pull a Humvee alongside the other tour talent, these experiences are my way to give more than thanks to our nation’s heroes and their families for their service and sacrifice.” 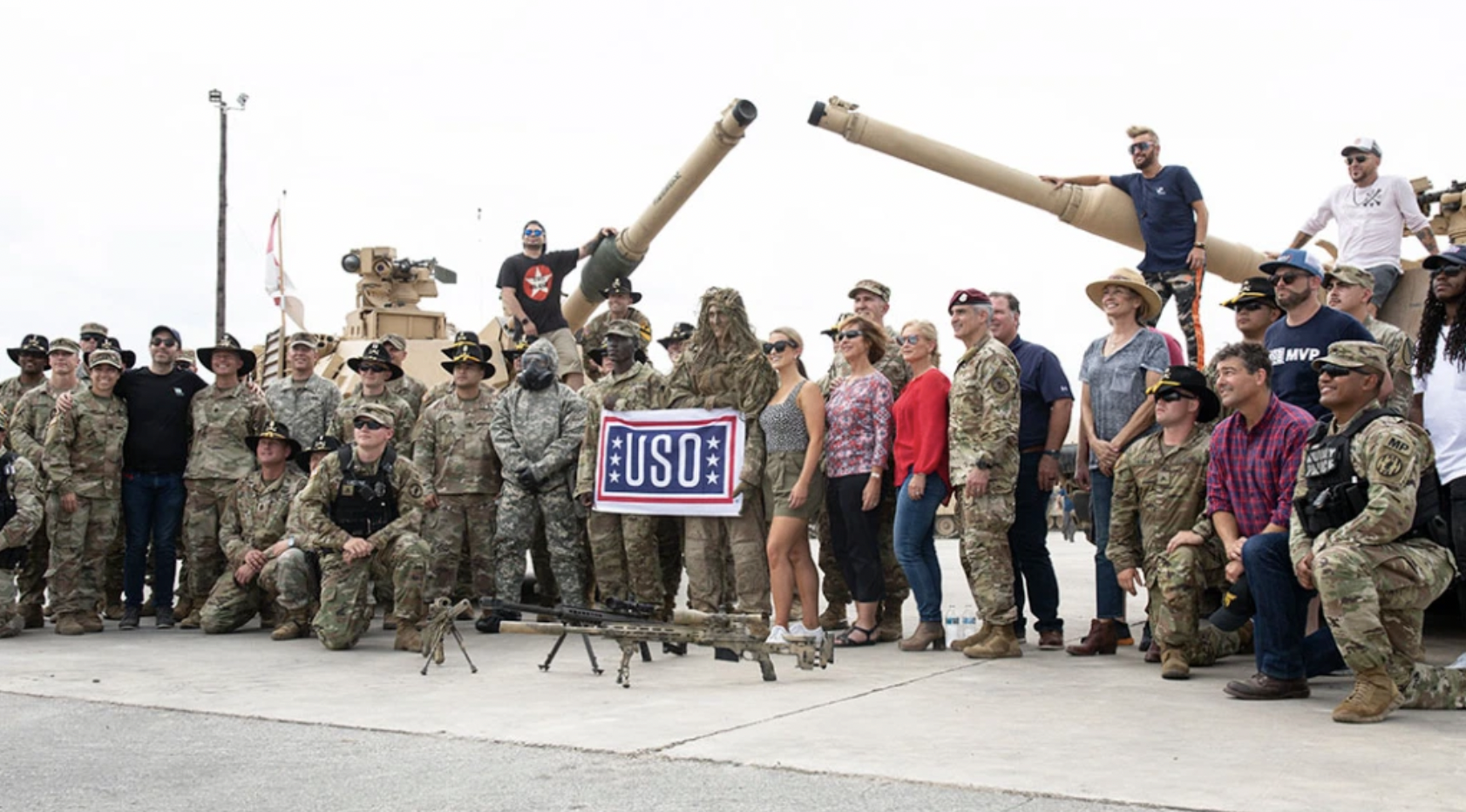