Polaris Is Building an Electric UTV, with Help from Zero Motorcycles

With 110 horsepower and 80 miles of range, the Ranger XP Kinetic is a new way to work the ranch.

Remember when Rich Benoit, a.k.a. Rich Rebuilds, decided to stuff the electric motor from a Zero motorcycle into an ATV to create his own electric off-road toy? Well, Polaris is taking that idea to the factory level with the new 2022 Ranger XP Kinetic, an off-road utility vehicle packing Zero power. The motor, which makes 110 horsepower and 140 pound-feet of torque, looks to be the ZF75-10 used in the SR/S bike. In the Zero, the ZF75-10 produces a 124-mph top speed. In the Ranger: that’ll be less. But probably still a thrilling way to haul some bales of hay over yonder hill, or break trail out to your camp, or engage in any of the other adventurous and photogenic outdoors activities we imagine such a machine might inspire.

The XP Kinetic isn’t an RZR, but neither is it a dour work cart like the Ranger EV with its 30 horsepower and lead-acid batteries. Ten inches of suspension travel and 14 inches of ground clearance speak to some fun. 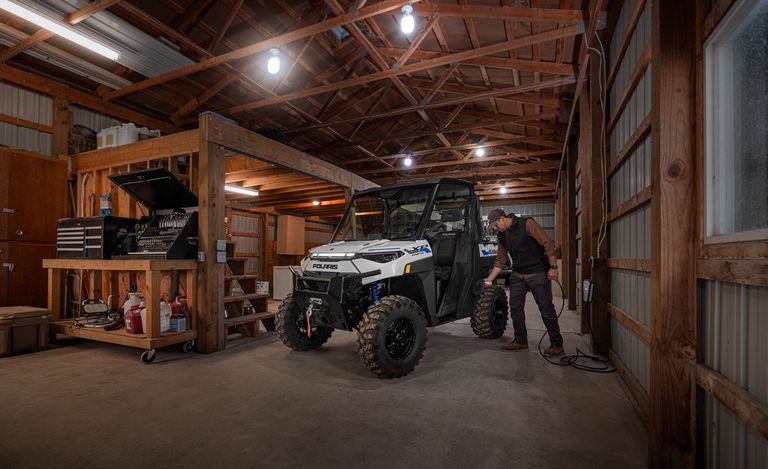 The XP Kinetic will be available in Premium trim for $24,999 or Ultimate trim for $29,999. The main difference is battery capacity, which doubles in the Ultimate, from 14.9 kWh to 29.8 kWh. Polaris doesn’t specify whether those numbers are gross or usable capacity but says range will be around 45 miles or 80 miles, depending on the model. The Ultimate also doubles the charge rate of the Premium’s onboard charger, from 3 kW to 6 kW, although either can be outfitted with an accessory charger that adds another 3 kW. So equipped, a Premium could charge from zero to 100 percent in less than three hours. The standard chargers equate to a roughly five-hour charge time. 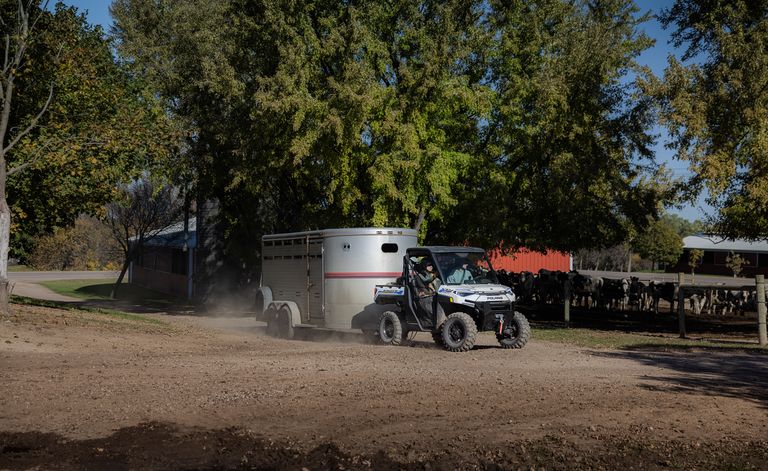 In keeping with its mission as a farm implement with a fun side, the XP Kinetic can tow 2500 pounds and haul 1250 pounds of payload in its bed. It’s also available with most of the same accessories that fit the Ranger XP 1000, like a winch or a heated cab. The XP 1000, it should be noted, was the former powerhouse of the Ranger lineup. It makes 82 horsepower. Of course, you can also “charge” it with a five-gallon can of regular unleaded, so there’s that. 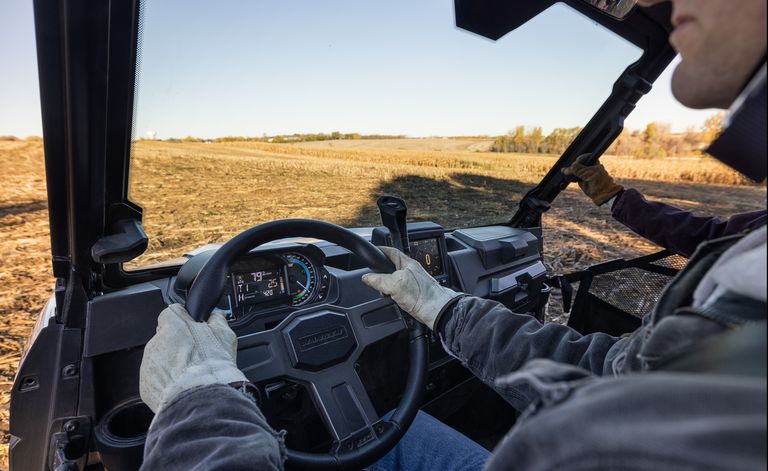 Evidently, any new EV, land or sea, requires a reservation, and the XP Kinetic is no different: Reservations open today, December 1, 2021. Production commences next summer, at which point we’ll get to see how Rich Rebuilds’ Zero-meets-powersports concept translates to a real production UTV. </CityNEWS>