Editors Picks, In The News, Music

Patricia Kennealy-Morrison, who wrote about rock when music journalists were just beginning to take it seriously, and through her work met Jim Morrison, frontman of the Doors, with whom she said she had a marriage of sorts, died July 23. She was 75.

Her death was announced on the Facebook page of Lizard Queen Press, a publishing enterprise that she founded and that published her recent books. The announcement did not give a cause or say where she died.

In the late 1960s, originally as Patricia Kennely (she later changed the spelling of her last name and, in 1979, added “Morrison”), she was a writer for and then editor of Jazz & Pop, a small but well-regarded magazine. She interviewed Morrison in 1969, and when they shook hands there was “a visible shower of bright blue sparks flying in all directions,” she wrote in a 1992 memoir, “Strange Days: My Life With and Without Jim Morrison.” They soon became romantically involved.

Kennealy-Morrison practiced Celtic paganism; on her Facebook page she described herself as “Author, ex-rock critic, Dame Templar, Celtic witch, ex-go-go dancer, Lizard Queen. Not in that order.” (“Lizard Queen” was a reference to a line from a Jim Morrison poem, in which he wrote, “I am the Lizard King.”) In 1970 she and Morrison exchanged vows in a “handfasting ceremony” that involved drops of their own blood.

She said her book “Strange Days” (also the title of the Doors’ second album, from 1967) was a response to the 1991 movie “The Doors.” Oliver Stone, who directed the film, had consulted her on it, and she even played the Wicca priestess who presides over the handfasting. (Val Kilmer played Morrison; Kathleen Quinlan played Kennealy-Morrison.) But she said she was outraged by the film when she saw it at a screening, feeling that it trivialized the ceremony, did not give enough prominence to her relationship with Morrison and misrepresented him.

“If Oliver had been at that screening, we would never have had to worry about his movie ‘JFK,’” she told The Daily Mail of London in 1992, referring to Stone’s next film. “I would have killed him.”

Critics said the book was just an attempt to gain attention and usurp the place in the Morrison mythos of Pamela Courson, another of his love interests, who called herself his common-law wife. Morrison died in 1971 in Paris at 27; Courson, who was with him at the time, died a few years later, also at 27. Drugs were suspected in both deaths. 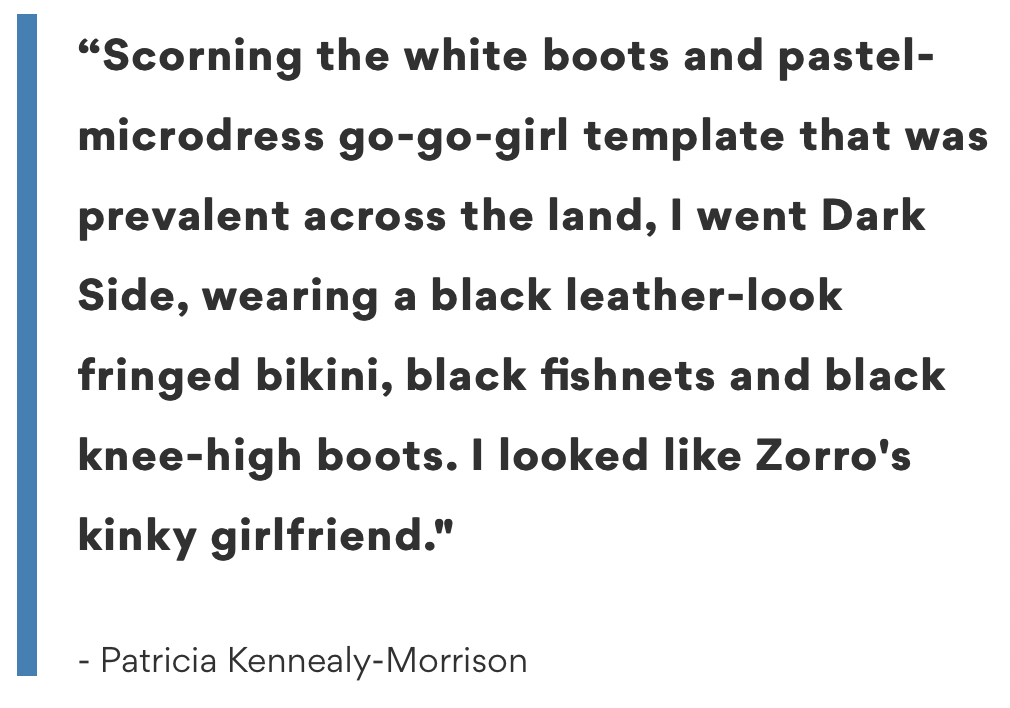 In her book, Kennealy-Morrison blamed Courson for Morrison’s death, in a bathtub in his apartment. “She fed heroin to the man she claimed to love, leaving him dying while she nodded out,” she wrote.

Patricia Kennely was born on March 4, 1946, in Brooklyn and grew up on Long Island. In 1963, she enrolled at St. Bonaventure University, a Franciscan institution in Allegany, New York, to study journalism. That’s where she discovered the Celtic religion.

“They had an amazing library on the subject at St. Bonaventure’s, I guess operating on the principle of ‘Know thy enemy,’” she told The Daily News.

She transferred to Harpur College in Binghamton, New York, after two years and earned an English degree in 1967. While there, she discovered the political activism that was brewing on campuses across the nation. She also discovered rock music, and one 1966 album in particular.

“It was called ‘Jefferson Airplane Takes Off,’” she wrote in “Rock Chick: A Girl and Her Music,” a 2013 compilation of her Jazz & Pop writings. “And so did I.”

While in college she earned extra money as a go-go dancer at nightclubs.

“Scorning the white boots and pastel-microdress go-go-girl template that was prevalent across the land, I went Dark Side,” she wrote, “wearing a black leather-look fringed bikini, black fishnets and black knee-high boots.”

After graduating, she landed a job as an editorial assistant at Crowell-Collier & Macmillan Publishing in Manhattan. She saw the first cover of Jazz & Pop magazine on a newsstand in 1967 (it had been founded as Jazz magazine in 1962 by Pauline Rivelli, who in 1967 broadened it into rock coverage and renamed it) and began lobbying for a job there. She was hired as an editorial assistant in early 1968. By the end of that year she had been named editor.

Steve Hochman, a music journalist who was also a friend, wrote of her influence in a Facebook post noting her death.

“As a writer and editor of Jazz & Pop magazine,” he wrote, “she helped establish the then-embryonic realm at a time when few thought of pop music as worthy of such critical attention.”