The hospitality group plans to open a restaurant and lounge at Paris Las Vegas in 2022, with plans to also bring Nobu to New Orleans and Atlantic City.

Does a city need three Nobus? If we are talking aboutLas Vegas, the answer is yes. It will be the second place in the world to have aNobutrifecta, behind London.

“We think there’s room for a third Nobu Restaurant at Paris. It will be more intimate than the other two,” says Gary Selesner, the former president of Caesars Las Vegas who is now in charge of development and international marketing for Caesars Entertainment. “Paris has more than 2,900 rooms and is connected to Bally’s, which adds another 2,800 rooms. And then beyond that there are 40,000 more rooms, if you look across the Strip from Bellagio all the way down to New York, New York and then on the other side to MGM Grand and our eight other properties.”

Additionally, the first Nobu Hotel, which opened at Caesars Palace in 2013 and sits next to Nobu Restaurant and Lounge, will undergo a top to bottom renovation to be completed by the end of 2021.

Beyond Las Vegas, Caesars will bring Nobu restaurants and hotels to Harrah’s New Orleans and Caesars Atlantic City —an extension of the partnership between Caesars Entertainment and Nobu Hospitality, founded by Nobu Matsuhisa, Robert De Niro and Meir Teper.

“Our first Nobu Hotel [broke the mold and did something that] had never been done before by placing boutique experience inside one of the most iconic resorts on the Strip. We now have expanded the collection around the world, and we have a robust pipeline of destinations in development. We are excited to take this next step in our growing partnership with Caesars,” said Matsuhisa, De Niro and Teper, in a statement. 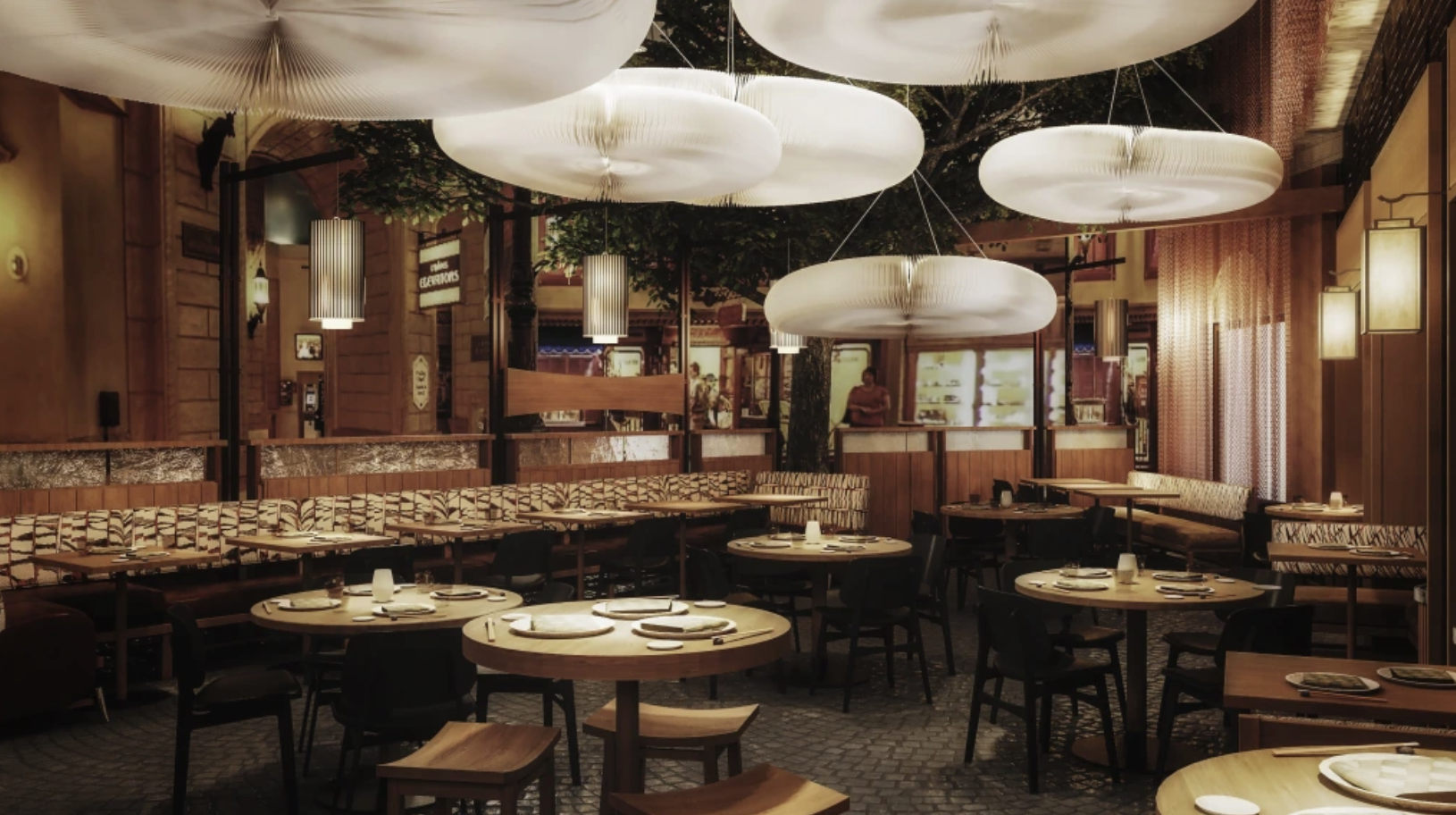 “When you put a Nobu restaurant into a property like Caesars Atlantic City or Harrah’s New Orleans, you are not only putting in a dining attraction, but a new form of entertainment. It is as much a restaurant as it is a lifestyle,” Selesner says. “Nobu restaurants are amongst the most popular restaurants in the world, and they have such a loyal following. What we saw at the Nobu Hotel in Caesars Palace, and what we believe will occur again, in Atlantic City and New Orleans is that the hotel becomes a haven in the midst of a very bustling environment for those people who want to take a break from all the action and entertainment and step into another world—Japanese style, design, and simplicity and peace.”

He notes there’s no Nobu in Philadelphia, or in central or northern New Jersey, or in Baltimore and Washington, or Atlanta.

“As we look to invest in these two important markets of Atlantic City and New Orleans and to reinvest more in Las Vegas, we couldn’t think of a more successful concept or better partners than Nobu Hospitality,” Selesner says.

Currently, there are more than 40 Nobu restaurants and 13 hotels around the world.