The attractive new pickup continues to use a turbocharged four-cylinder engine, but it has a significantly improved interior.

Ford is in the midst of an overhaul of its truck lineup, which starts with the new entry-level  Maverick compact pickup and works all the way up each segment to the heavy-duty F-series trucks. The Ranger is next up for a redesign to help it be more competitive with mid-sizers from Chevy, Jeep, and Toyota, and we’re getting a sneak preview of the new model, which should arrive in the U.S. by 2023, from the version that was just debuted first for global markets. 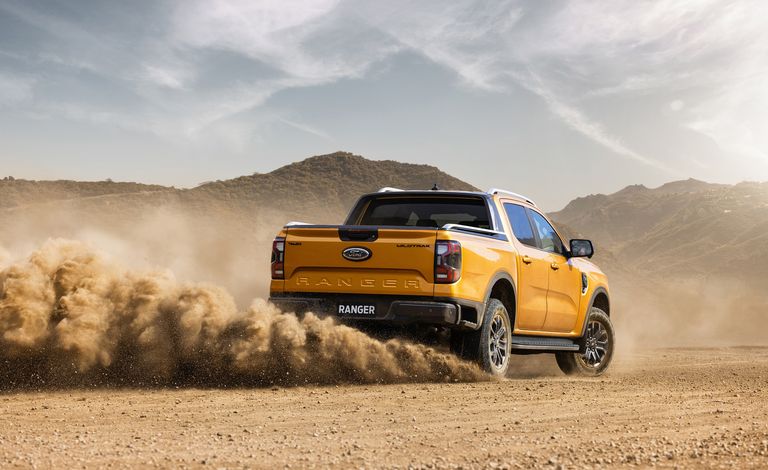 The new truck looks like the unibody Maverick matured into a mid-size body-on-frame truck, using similarly styled C-shaped LED headlights and bolder wheel arches, which now have a side step located behind them. Ford stretched the Ranger’s wheelbase by 2.0 inches and widened the track also by 2.0 inches, which should help improve its ride. The new truck will use a similar suspension setup as the current truck, but Ford positioned the rear dampers outside of the frame rails.

Ford continues to use the turbocharged 2.3-liter EcoBoost four-cylinder engine that produces 270 horsepower and 310 pound-feet of torque in the current truck (a variety of diesel engines are available in other markets), and it’s paired with a 10-speed automatic transmission. We expect it to offer a similar 7500-pound max towing capability as the current truck. A six-speed manual is available on the global version, but it’s unlikely to be available in the States. An upcoming Ranger Raptor model should be available in the U.S. soon after the next-gen model arrives, and it’s expected to use a version of the twin-turbo 2.7-liter V-6 found in the Bronco. 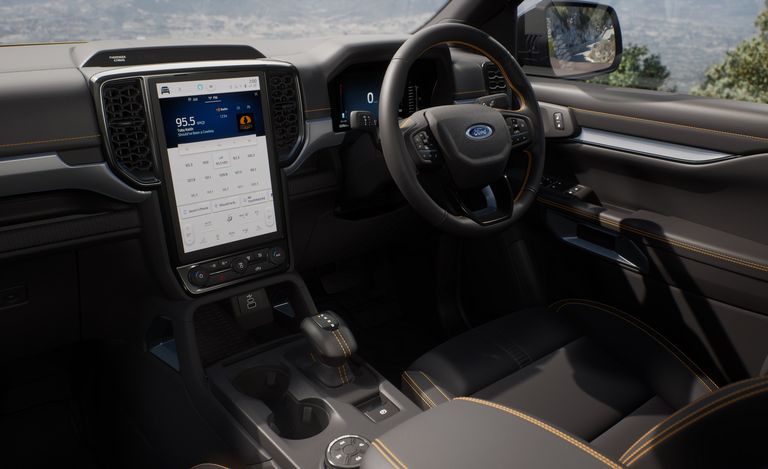 The Ranger’s aging interior and infotainment system was in dire need of a refresh, and the next-gen’s cabin looks to be a huge improvement. A 10.1-inch touchscreen is standard, though Ford’s massive vertically oriented 12.0-inch unit is available, and they both run its SYNC 4 infotainment system that can control drive modes and show off-road controls. There’s a newly available wireless charing pad and Ford extended cargo space in the doors and under the rear seats.

The next-gen Ford Ranger will enter production next year at Ford’s plants in Thailand and South Africa, and we should know more about the version that’ll be sold in the States soon, as it’s expected to arrive for the 2023 model year.