Michael Nesmith, the Monkee for all seasons, dies at 78

Michael Nesmith, the wool-hatted, guitar-strumming member of the 1960s, made-for-television rock band The Monkees, has died at 78

LOS ANGELES (AP) — Michael Nesmith, the singer-songwriter, author, actor-director and entrepreneur who will likely be best remembered as the wool-hatted, guitar-strumming member of the made-for-television rock band The Monkees, has died at 78.

Nesmith, who had undergone quadruple bypass surgery in 2018, died of natural causes at his Carmel Valley home near California’s Central Coast, his family said in a statement.

Nesmith was a struggling singer-songwriter in September 1966 when “The Monkees” television debut turned him and fellow band members Micky Dolenz, Peter Tork and David Jones into overnight rock stars.

Dolenz, the last surviving member of the band who completed a farewell tour with Nesmith last month, said on Instagram that he’d lost a dear friend and partner.

“I’m so grateful that we could spend the last couple of months together doing what we loved best – singing, laughing, and doing shtick,” Dolenz said. “I’ll miss it all so much. Especially the shtick.”

After the group broke up in 1970, Nesmith moved on to a long and creative career, not only as a musician but as a writer, producer and director of films, author of several books, head of a media arts company and creator of a music video format that led to the creation of MTV.

Nesmith was running “hoot nights” at the popular West Hollywood nightclub The Troubadour when he saw a trade publication ad seeking “four insane boys” to play rock musicians in a band modeled after the Beatles.

The show created by Bob Rafelson and Bert Schneider featured the comical misadventures of a quartet that tooled around Los Angeles in a tricked-out Pontiac GTO called the MonkeeMobile and, when they weren’t chasing girls, pursued music stardom.

Each episode rolled out two or three new Monkees songs, six of which became Top 10 Billboard hits during the show’s two-year run. Three others, “I’m a Believer,” ″Daydream Believer” and “Last Train to Clarksville,” reached No. 1. They had four No. 1 albums in 1967 alone.

Jones, with his British accent and boyish good looks, was the group’s cute lead singer. Dolenz became the wacky drummer, although he had to learn to play the drums as the show went along. Tork, a folk-rock musician, portrayed the comically clueless bass player. Nesmith, with his twangy Texas accent and the wool hat he’d worn to his audition, became the serious but naive lead guitarist.

A prankster by nature, he’d arrived at the audition carrying a guitar and bag of dirty laundry he said he planned to wash immediately afterward. With a harmonica around his neck, he stormed into a casting office, banging the door loudly. After pausing to gaze at a painting as if it were a mirror, he sat down and immediately put his feet up on a desk.

He got the job.

But he rebelled almost immediately when producers told him they were going to call his character “Wool Hat.” He demanded they use his real name, as they did with the other actors.

It would be the first of many confrontations Nesmith would have with producers during a tumultuous two-year run in which “The Monkees” won the 1967 Emmy for best comedy series.

Nesmith and Tork, the group’s two most accomplished musicians, railed against the program’s refusal to allow them to play their own instruments at recording sessions. But when Nesmith revealed that fact to reporters, music critics quickly turned on “The Monkees,” dismissing the show as a fraud and the band as the “Prefab Four,” a mocking reference to the Beatles’ nickname, Fab Four.

Nesmith, meanwhile, had written several songs he hoped to debut on the show, but almost all were dismissed by music producer Don Kirshner, as sounding too country.

Among them was “Different Drum,” a breakthrough hit for Linda Ronstadt in 1967 that validated Nesmith’s opinion that Kirshner, hailed by the pop music industry as “The Man With The Golden Ear,” didn’t know what he was talking about.

Things came to a head when all four Monkees demanded they take control of the music. They were warned they would be sued for breach of contract.

At that, Nesmith rose from his seat and smashed his fist through a wall, telling Kirshner it could have been his face.

For years Nesmith would refuse to confirm or deny the incident, even as the other three gleefully recounted it to reporters. In his 2017 memoir, “Infinite Tuesday,” he did acknowledge it, saying he’d lost his temper when he felt his integrity was being questioned.

“It was an absurd moment in so many ways,” he wrote.

It did give the Monkees control over their music, however, beginning with the group’s third album, “Headquarters.”

After the show concluded in 1968 the band embarked on a lengthy concert tour where members sang many of their own songs and played their own instruments before crowds of adoring fans. Jimi Hendrix was sometimes their opening act.

Following the band’s breakup Nesmith rarely rejoined the others for reunion tours, leading many to believe he disliked the band and the show, something he steadfastly denied.

It was, he would often say, that he was simply too busy doing other things.

Over the years he recorded more than a dozen albums and toured with the First National Band, the country-rock-folk group he assembled.

He wrote scores of songs, including “Some of Shelly’s Blues,” “Papa Gene’s Blues,” You Just May Be the One” and “The Girl That I knew Somewhere” that he performed with the Monkees. Others, performed with the First National Band, included “Joanne,” “Propinquity (I’ve Just Begun to Care)” and “Different Drum.”

For the Monkees’ 30th anniversary he induced the others to reunite to record a new album, “Justus,” for which all four composed the songs and played the instruments. He also rejoined the others for a brief tour and wrote and directed their 1997 TV reunion film, “Hey, Hey, It’s the Monkees.”

His 1981 comedy-music video “Elephant Parts” won a Grammy and led to “PopClips,” a series of music videos broadcast on the Nickelodeon cable network that in turn led to the creation of MTV.

In 1999 he prevailed in a bitter courtroom battle with the Public Broadcasting System over royalties from a home-video deal his media company, Pacific Arts, had struck with PBS. A federal jury awarded him $48 million, concluding the popular purveyor of children’s shows and documentaries had defrauded him.

Nesmith, showing he hadn’t lost his Monkees sense of humor, said afterward: “It’s like catching your grandmother stealing your stereo. You’re glad to get your stereo back, but you’re sad to find out that Grandma’s a thief.”

Both sides agreed on an undisclosed settlement and Nesmith founded another company, Videoranch.

After Jones died in 2012 he began to rejoin the Monkees more frequently, their concerts now earning glowing reviews from critics. He attributed that to most of the group’s original critics having died or retired.

Following Tork’s death in 2019, Nesmith and Dolenz took on the name The Monkees Mike & Micky.

Nesmith and Dolenz wrapped up “The Monkees Farewell Tour” at the Greek Theatre in Los Angeles after a U.S. tour.

Dolenz told the crowd that “Nez” once encouraged him to write songs, saying, “that’s where the money is.”

“Boy, I wished I had listened,” Dolenz said.

Nesmith, who wore a white suit and shuffled off stage a couple times during the show, said “God bless all of you,” during a standing ovation for “I’m a Believer,” the closing number.

“That tour was a true blessing for so many,” Monkees manager, Andrew Sandoval, said on Facebook. “In the end I know that Michael was at peace with his legacy.”

Robert Michael Nesmith was born Dec. 30, 1942, in Houston, Texas, the only child of Warren and Bette Nesmith.

His parents divorced when he was 4 and his mother often worked two jobs, as a secretary and painter, to support her son and herself. It was that latter job that inspired her to whip up a typewriter correction fluid called Liquid Paper in her kitchen blender. By the mid-1970s it had made her a fortune, which she eventually left to her son and to nonprofit foundations she endowed to promote women in business and the arts.

Her son, who was married and divorced three times, is survived by four children, Christian, Jason, Jessica and Jonathan.

Former Associated Press writer John Rogers was the main writer on the story. 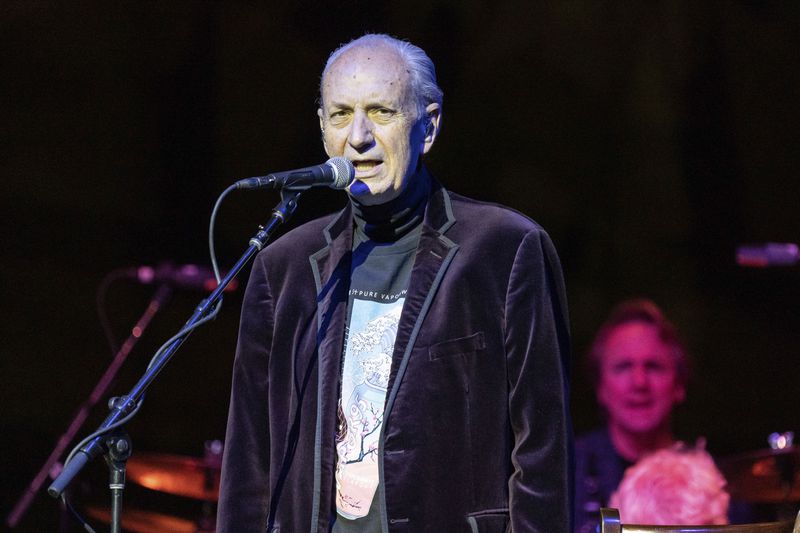 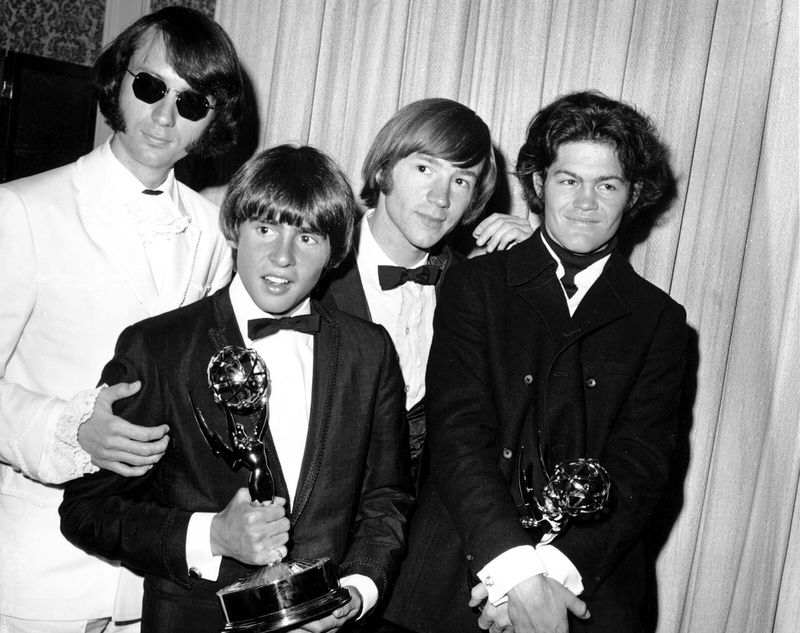 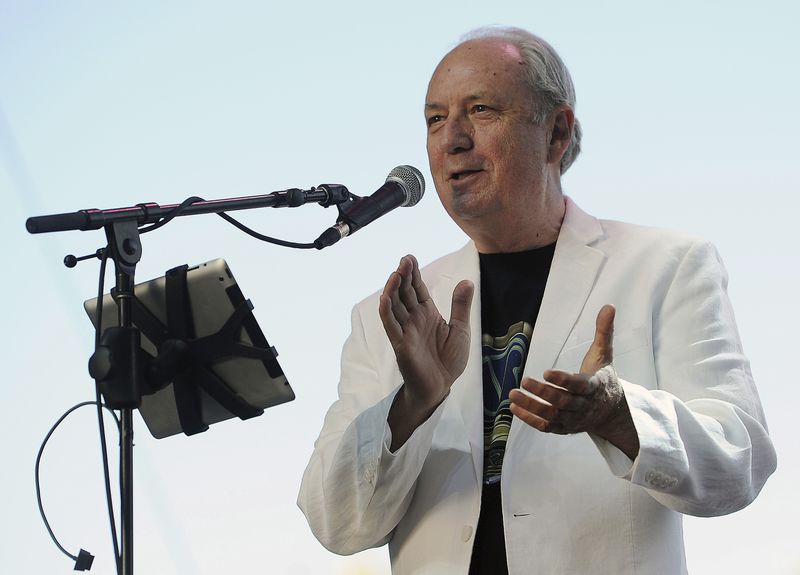 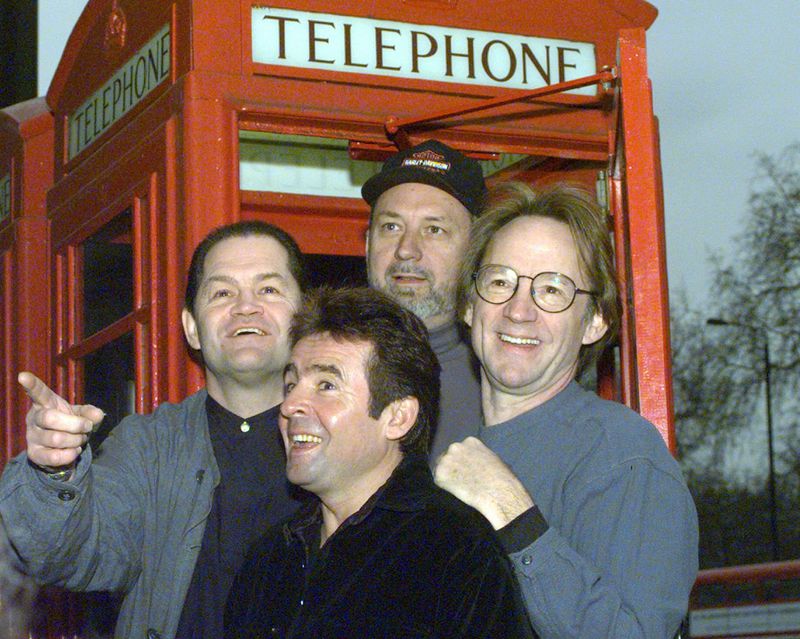 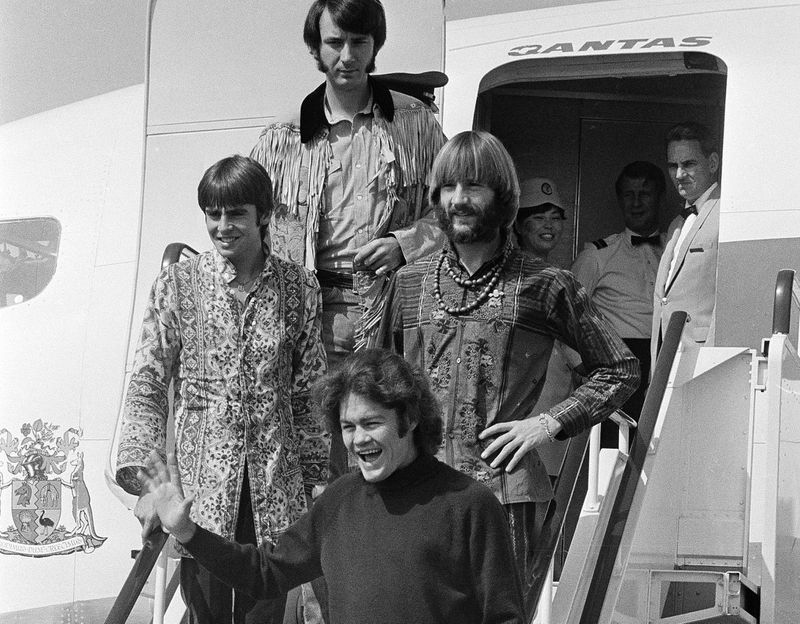