CBS wins the first appellate round in a legal battle now in its sixth year.

The suit came from Richard Lawrence’ Rebel Entertainment Partners, the successor-in-interest to the agency that originally packaged Judge Judy. For the agency’s work, Lawrence was forever entitled to five percent of Judge Judy‘s net profits, and further, there would be no deductions for sums paid to other profit participants. As such, Sheindlin’s lucrative salary provoked grievance. Was she taking salary in lieu of profits in order to screw Lawrence? An accounting expert testified that a decade ago, other top TV stars like Jay Leno and David Letterman were getting no more than $28 million annually and so anything above this amount was a disguised profit payout. The litigation caused Sheindlin to explain herself in a Hall of Fame worthy deposition, and the trial judge ultimately came to the conclusion of no bad faith in the salary number since Sheindlin had CBS over a barrel.

“Any apportionment of Sheindlin’s salary to some form of profit participation would, by definition, introduce risk that Sheindlin was unwilling to accept,” states the opinion. “In any event, we have discovered no authority, and Rebel offers none, obligating an entity to reclassify a performer’s salary as something other than salary for accounting purposes.”

This dispute is part of a multilayered one that also includes spinoffs and a library sale. 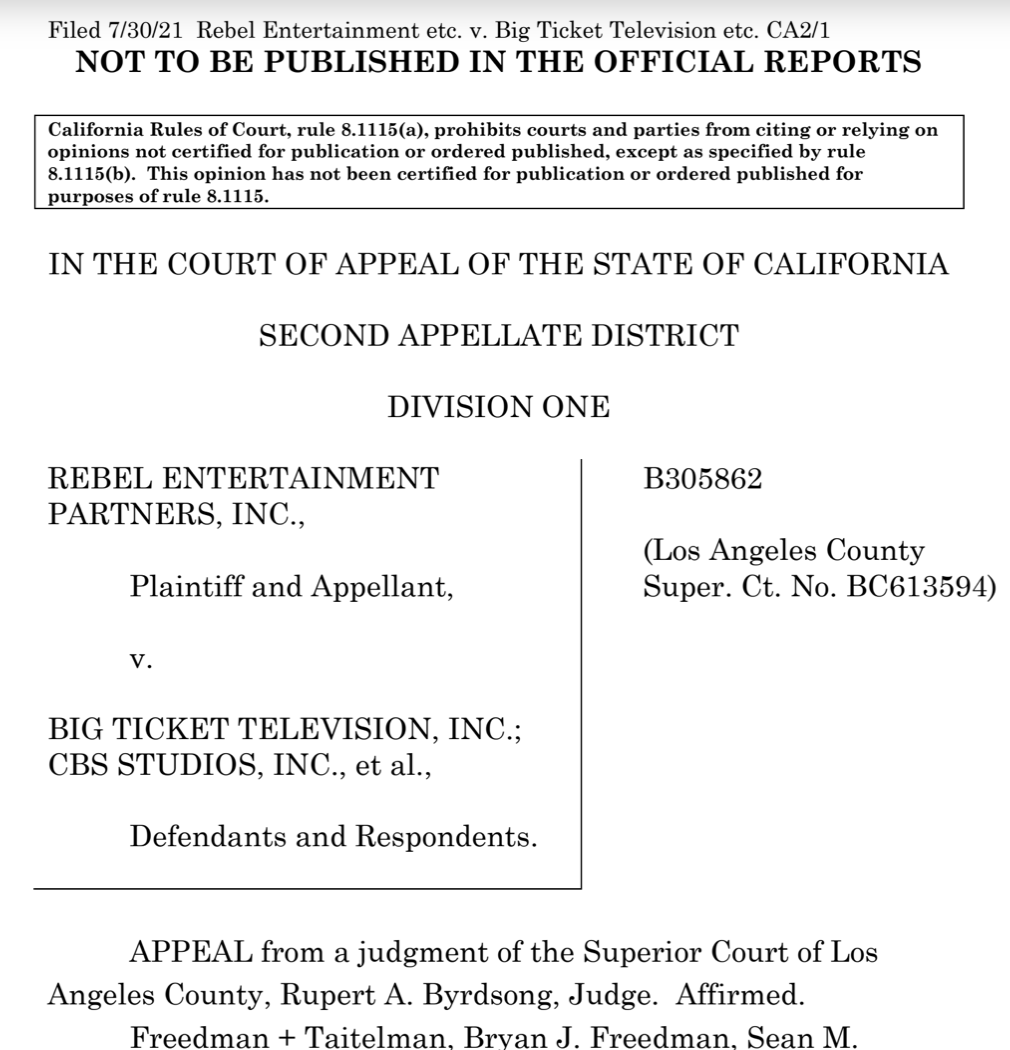